Gerda Söderlund was a country photographer who documented people in their local folk costumes, life in the rural areas, work and views from Leksand and the surrounding parishes. With her camera, she also travelled all over Sweden.

Gerda Söderlund started her career as a photography pupil with August Wahlström in Falun around 1890. After that she travelled to Stockholm and practised for the court photographer Ernest Florman for a few years. In 1895, she opened her own photography atelier in Leksand but after a couple of years she moved into a newly furnished atelier with a skylight. Apart from her atelier in Leksand, Gerda Söderlund opened several branches in neighbouring towns: in Gagnef in 1901, Borlänge in 1903, Insjön in 1904 and Mockfjärd. Gerda Söderlund advertised her enterprise via a glass showcase near Leksand Church and in it she showed examples of her photography arts. In 1915, Gerda Söderlund purchased land at Käringberget in Leksand and there she had a large two-storey timbered house built. In it, she furnished a photography atelier. From 1920 onwards she was registered at that property. Many of those who hiked up to the lookout tower at the summit of Käringberget had themselves photographed by Gerda Söderlund. They were either photographed in her atelier or in the garden, often dressed in the Leksand folk costumes that Gerda Söderlund had in her well-supplied wardrobe. Her sister Signe, who worked as a bank clerk, moved in with Gerda Söderlund and in 1932 her other sister, Hildur, also moved in. She was a widow.

As early as 1899, Gerda Söderlund became a member of the association Svenska Fotografernas Förbund (SFF, now Svenska Fotografers Förbund). When SFF celebrated its 40th jubilee, she was awarded the association’s veteran distinction and its medal in gold and enamel. Gerda Söderlund photographed not only in the Leksand area but also round about in Sweden and on the assignment of the Svenska Turistföreningen and the Kungliga Järnvägsstyrelsen. Many of her photographs were published as postcards. Gerda Söderlund also travelled abroad, to among other places Italy, Egypt, Africa and Asia.

Gerda Söderlund died in Leksand in 1949. 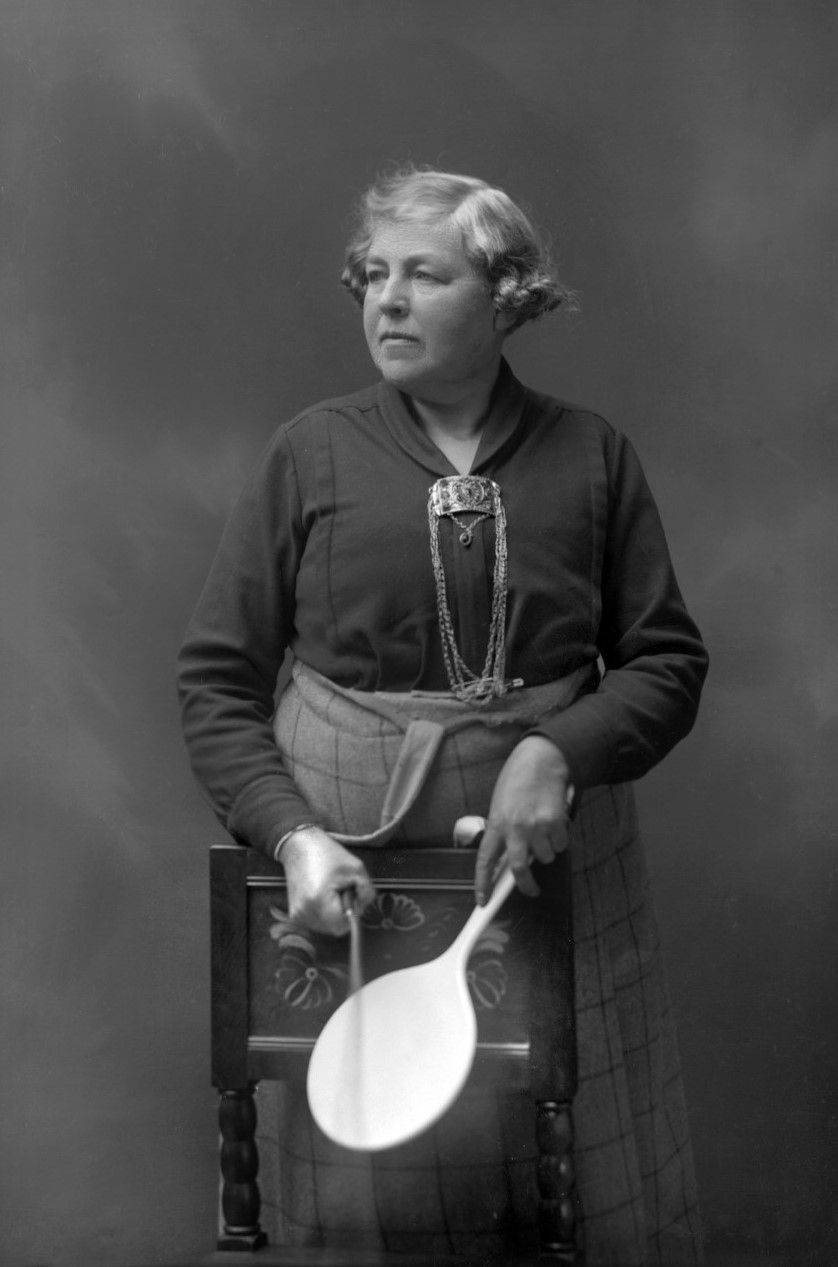