Gerda Lundequist was considered the greatest star of the Swedish acting scene around the turn of the twentieth century. She has been likened to the great Sarah Bernhardt. Gerda Lundequist was also a director, a theatre manager, a teacher of stage movement, and a lecturer. She was a frequent and popular voice on Swedish radio.

Gerda Lundequist came from an unremarkable background. She was born in Stockholm in 1871. Her mother, Hedvig Lundqvist or Lundequist, was a hairdresser. Her father is unknown. Gerda Lundequist was fostered by her maternal aunt, Amalia Charlotta Ekecrantz.

When she was fifteen years old, Gerda Lundequist began to study at Kungliga teaterns elevskola, the drama school connected to the royal theatres. Her instructor was the renowned pedagogue Signe Hebbe. During the 1889-1891 Gerda Lundequist continued her studies at the Royal Dramatic Theatre. She gained her first employment at Stora Teatern in Gothenburg, where she was part of Hjalmar Selanders theatre company from 1891 to 1896. She then worked at various theatres, all under the leadership of Albert Ranft, particularly at Svenska teatern in Stockholm. She was employed several times at the Royal Dramatic Theatre: 1889-1891, 1906-1911 and on several further occasions up to 1948. She also worked freelance at Riksteatern and Vasateatern.

From 1923 to 1925 Gerda Lundequist, along with Torsten Hammarén, was the director and artistic leader at Helsingborg City Theatre. During the later stages of her career, from 1931 to 1946, she was an instructor of stage movement at the drama schools connected to the national stages in Stockholm. She also taught elocution and public speaking techniques. She made many public appearances during which she gave readings of works by, among others, Heidenstam and Selma Lagerlöf. She sang and put on dramatic performances at the independent women’s education centre Kvinnliga medborgarskolan vid Fogelstad, where she was also a member of the board of trustees. She was also a popular voice on the radio and she made a small number of films.

Gerda Lundequist married Alfred Dahlström in 1908. They remained married until her husband’s death in 1923 and they had a daughter named Cecilia Matilda Frida Dahlström (later married as Shaw).

Gerda Lundequist’s stage debut occurred in 1889 and the following year she played the part of Anne-Marie, the child-minder, in Ibsen’s A Doll’s House. Throughout her lengthy career she also performed roles in plays which are now rarely, if ever, performed, such as the part of Tora in Bjørnstjerne Bjørnson’s Paul Lange och Tora Parsberg, as Mrs Arvik in his När det unga vinet blommar, and as Fanny Armaury in Bataille’s La vierge folle; all productions of the Royal Dramatic Theatre in Stockholm. Her elevated position and esteemed reputation is confirmed by the fact that she portrayed lead roles such as Antigone, Lady Macbeth, Goneril in King Lear, Kristina in Mäster Olof, and the lead role in Lessing’s Minna von Barnhelm.

Gerda Lundequist’s final role performed at the Royal Dramatic Theatre, in 1948, was as Julia Hyltenius, the dean’s widow, in Hjalmar Bergman’s Hans nåds testatmente. This was a formidable role with comic possibilities that she interpreted very successfully. Prior to that she had performed several other comic roles such as Mrs Dowy in J.M. Barrie’s The Old Lady Shows Her Medals in a production at Vasateatern.

With regard to her silver-screen appearances, her portrayal of Major Samzelius at Ekeby in Mauritz Stiller’s Gösta Berlings saga from 1924 deserves particular mention. The film also included Greta Garbo in its cast. Similarly, Gerda Lundequist’s performance as Her Royal Majesty the Dowager Queen of Dalarna in Giftas, from 1955, is also deserving of note. Her radio performances included an appearance in Ingmar Bergman’s adaptation of Strindberg’s dramatic fragment Holländaren in 1947.

Gerda Lundequist died in Stockholm in 1959, aged 88. She is buried in Östra kyrkogården (the Eastern cemetery) in Gothenburg. 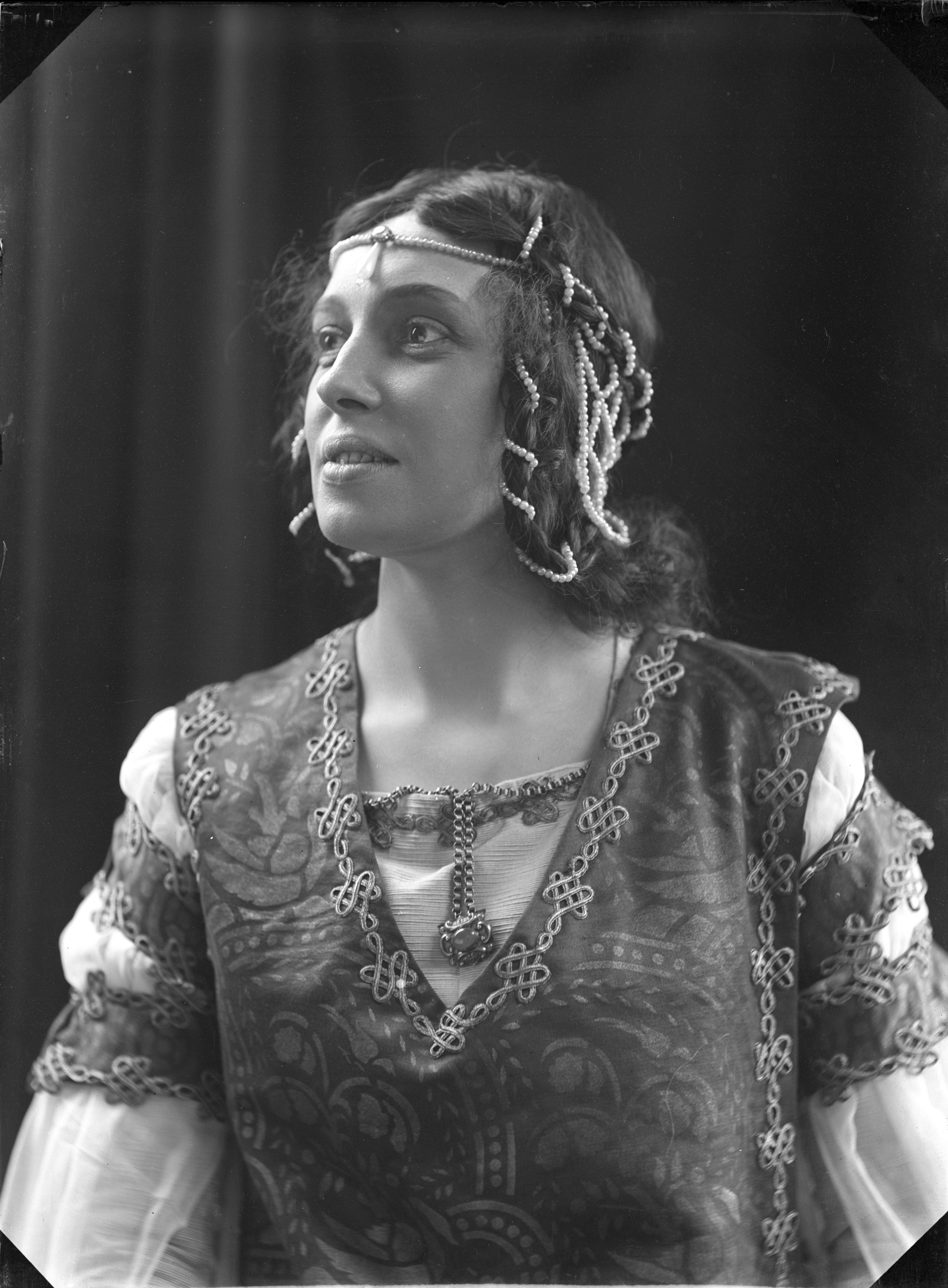