Gerda Cederblom was an ethnologist and a museum worker. She wrote a number of books and articles, primarily on Swedish folk customs, dress, and handicrafts.

Gerda Cederblom gained her school-leaving certificate from the private high school called Lyceum för flickor (girls’ school) in Stockholm. She then attended Tekniska skolan (now Konstfack, college of arts, crafts, and design). In 1894 she was appointed to the post of assistant at the ethnography department of Naturhistoriska riksmuseet (national museum of natural history), where she worked until 1900. At that point she took a job as an assistant at Nordiska museet where she remained until she retired in 1929. There she undertook comprehensive efforts in educating the public and as a writer. From 1914 onwards Gerda Cederblom was in charge of the museum’s major collection of Swedish national dress, all 30,000 pieces of which she also catalogued.

Gerda Cederblom performed her jobs at a time when museum assistants rarely or never possessed academic qualifications, which applied to both female and male assistants. Despite lacking academic qualifications Gerda Cederblom was considered to be an expert in her field of Swedish material culture throughout her working life. Gerda Cederblom frequently wrote for Nordiska Museet’s annual publication, Fataburen, often producing articles on the subject of everyday Swedish folk life, as well as handicrafts methodology and tools.

The “Första mötet för svensk folkkunskap” (first meeting on Swedish folk knowledge) was held at Nordiska Museet in 1908. Gerda Cederblom was one of 15 speakers at the meeting who lectured to an audience of about 50 conference attendees. Her lecture, Några af våra äldsta spånadsredskap och deras ättlingar, was published the following year by Nordiska Museet. Gerda Cederblom was a much-loved public speaker who believed in the importance of disseminating knowledge of bygone folk habits. She was a member of Sällskapet Nya Idun from 1905 until she died.

Gerda Cederblom died in Stockholm in 1931. She is buried at Norra krematoriet, now Norra begravningsplatsen (the Northern Cemetery) in Solna. 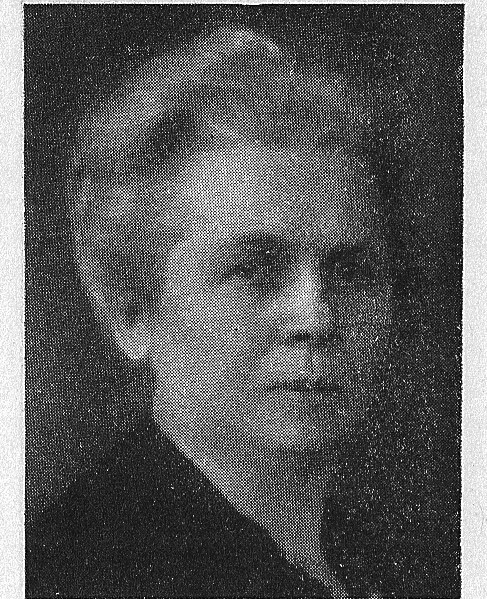