Gertrud Adelborg was a suffragette who campaigned particularly for women’s rights to professional careers.

Gertrud Adelborg was one of three Adelborg sisters – along with Ottilia Adelborg and Maria Adelborg. She was also the one who became most famous during her lifetime. Following the death of her father in 1865 she and her family moved from Karlskrona to Uppsala where, after a brief period of training, she began to work as a governess. In 1881 she became employed as a secretary at the Svea court of appeal.

Gertrud Adelborg also established a job centre for women which was the first of its kind in Sweden. She campaigned for new training and economic spheres to be opened up to women and she pushed the case for improved salaries and promotion options for various groups of employed women, particularly those who were in low-paid jobs, such as telephone switchboard operators and office workers. Gertrud Adelborg also campaigned on behalf of rural women to allow them to gain qualifications within their own spheres. Further, she was the instigator behind the Fredrika-Bremer-Förbundet domestic sciences school in Rimforsa, Östergötland. When this institute of education was established in 1907 it was the first of its kind in Sweden. Gertrud Adelborg served on the school board from 1907–1921.

Gertrud Adelborg was heavily engaged in the women’s suffrage campaign and was one of the movement’s standard-bearers. It was she who composed the petition on women’s suffrage that, for the first time ever, was formally submitted by the women of Sweden themselves in 1899. Gertrud Adelborg was also one of the founders of the Föreningen för kvinnans politiska rösträtt (association for women’s suffrage) established in Stockholm in 1902. The following year this association became a national organisation known as Landsföreningen för kvinnans politiska rösträtt (LKPR) and Gertrud Adelborg was a member of the executive. She held important, albeit less visible, roles within both groups: she created a structure for their work, researching and compiling facts, and wrote pamphlets.

In 1907 Gertrud Adelborg left Stockholm in order to go live in Gagnef with her two sisters. This move brought an end to a brilliant career.

Gertrud Adelborg died in 1942. She is buried in Gagnef. 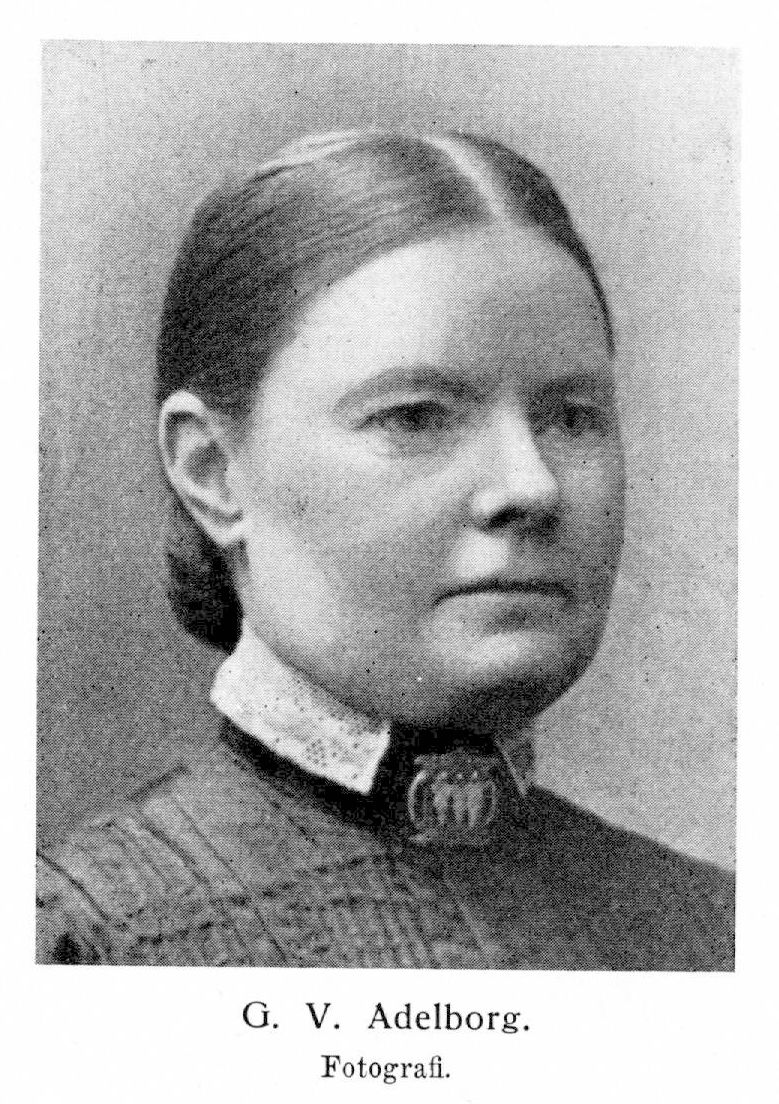