Göta Pettersson was born in Stockholm in 1926. Her father had already passed away six months before she was born and so she was single-handedly brought up by her mother. Göta Pettersson initially intended to become a sports swimmer. When extra-curricular activities were introduced for school-children in 1941 Göta Pettersson also began to do gymnastics, and she eventually decided to focus on this sphere. She joined GK Stockholmsflickorna (Stockholm girls’ gymnastics club) and very quickly gained a spot amongst the elite group and similarly quickly became the lead girl of the club’s display team. Her actual breakthrough came in 1946 when she achieved third place in the Swedish championship. She was already being tipped as a promising top podium finisher of the future. In 1948 Göta Pettersson came first in the Swedish championship competition, ahead of Karin Lindberg, and she also won the team event along with Karin Lindberg and Ann-Sofi Pettersson. The selections for the Olympics took place after that competition and Göta Pettersson qualified for a place in the Olympic team. From 1949 onwards Göta Pettersson competed on behalf of Östermalms GF following the folding of her former sports club.

The Swedish Olympic Committee (SOK) sent eight women to compete in the gymnastics team event at the 1948 London Olympics. These women were: Göta Pettersson, Ingrid Sandahl, Karin Lindberg, Ingrid Andersson, Märta Andersson, Kerstin Bohman, Stina Haage, and Gunnel Johansson. Eleven female teams competed in seven different events. The first was floor gymnastics without apparatus which the Swedish team clearly won. In fact, the Swedish team lay in prime position until the final event, floor gymnastics with apparatus, in which the team opted for the skipping rope. According to the official Olympiaboken 1948 this event caused “complete confusion in the minds of the judges” and “incompetent judging” which led to Sweden falling into fourth place in the final rankings. Despite this, both the team and its leader, Tora Amylong, still received notable plaudits from various sources.

The success of 1948 induced a tangible sense of optimism for the future and led to increased investment in Swedish ladies’ gymnastics. In the summer of 1950 the World championship was held at Basel in Switzerland, with a much more developed competition programme in comparison to previous events. There were several new names among the Swedish ladies’ team. Göta Pettersson, Ingrid Sandahl, and Karin Lindberg – the experienced members who had travelled to London – were joined by Evy Berggren, Vanja Blomberg, Gunnel Ljungström, Hjördis Nordin, and Ann-Sofi Pettersson. Their instructor and leader was Carin ‘Caj’ Delden from Huskvarna. The Swedish ladies not only won gold in the team event but also brought home the gold in the team portable apparatus event. Kaija-Leena Bergérus was responsible for the choreography and training for this event in which red balls formed the chosen apparatus. The team’s victory generated loud acclaim for their efforts.

Seven of the eight women who had competed in the Swedish team at the 1950 World championship were also included in the team which represented Sweden at the 1952 Helsinki Olympic games. When discussing their chances of success emphasis was always placed on the tough competition they faced now that all nations, including the Soviet Union, were competing. Sweden did not figure among the top three in the national rankings, which was viewed as a nine-event competition for teams of 6. Just as in London they came in fourth and once again the explanation was – according to Olympiaboken 1952 – “minor Swedish misfortunes” which gave rise to “many and deep disappointments”. In contrast, the Swedish team won triumphantly in the stand-alone event for teams of 8 with apparatus. The Swedish ladies’ team and their favoured red balls delivered an accomplished programme which Kaija-Leena Bergérus had created. The total amount of points the Swedish ladies were awarded meant that they won the gold medal by a sizable margin, whilst the Soviet Union had to settle for silver and Hungary came in third.

The 1952 Olympic gold medal was the final step in both Göta Pettersson’s and her team-mate Ingrid Sandahl’s rather short but very successful sporting careers. Göta Pettersson got married in early 1953 and appears to have withdrawn from competitive sports from that point on.

Göta Pettersson died in Stockholm in 1993. She is buried in Järfälla cemetery. 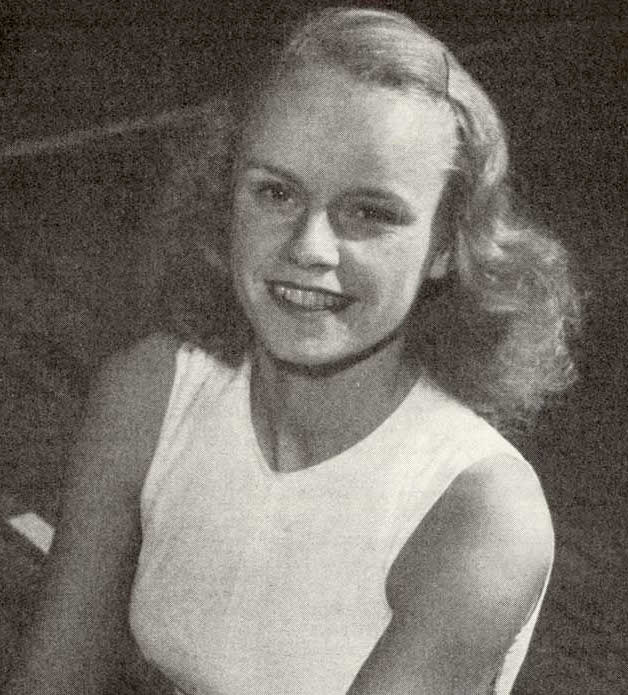