Greta Renborg was a librarian, a writer and a teacher at Bibliotekshögskolan i Borås (the Swedish School of Library and Information Science) towards the end of the twentieth century. She was a pioneer of outreach and public education efforts within the Swedish library enterprise.

Greta Renborg was born in Östermalm, Stockholm in 1921. She was the daughter of Trygve Liljestrand, appeals judge and later CEO of Norstedt publishers, and his wife Lolly née Geijer. Her father had been the first in his family to become an academic and his half-sister, Signe, was the mother of Karin Boye. Greta Renborg’s mother, a member of the culturally active Geijer family, was the daughter of one of the founders of the Geijer family association.

Greta Renborg was raised in a home which abounded in the cultural capital provided by books. Her father, in his role as CEO of Norstedt publishers, supported several writers. Greta Renborg was educated at a girls’ school and spent her summers at various relatives’ farms. She was given a box camera which she used to take pictures of horses and barns. Oddly enough her father did not allow her to go to high shool and so she opted to attend domestic sciences and agricultural schools and to take a typewriting course.

Greta Renborg was drawn to animals and nature and she trained to become an assistant milk inspector who checked the amount of fat in milk. Her first job was at Svartsjölandet which meant she also had interaction with the inmates at the nearby penitentiary. This exposure to individuals of a very different background from her own became very important for her later development. Greta Renborg took a post as bookkeeper at Mariedals farm, near Skara, and in 1944 she was employed by Ultuna estate near Uppsala, again as bookkeeper. It was here that she met Ulf Renborg whom she married in 1946. They settled in Uppsala and Greta Renborg then began to work as a clerk at Uppsala city library. She was an accomplished typist and was a passionate reader. Greta Renborg was sent to take Skolöverstyrelsen’s course for part-time librarians and was involved in setting up the hospital library at Akademiska sjukhuset in Uppsala. Bengt Hjelmqvist and Greta Linder, who were both library consultants, thus became aware of Greta Renborg’s skills.

In the meantime Greta Renborg was devoting more time to writing and her first article, published in 1945, appeared under the title of “Yrkeskvinnan och jordbruket” in an agricultural publication. She also penned short stories and reviews which were published in the Stockholms-Tidningen, Lantmannabladet, and Familjetidningen Smålänningen newspapers, and later in Jordbrukarnas föreningsblad, an association organ.

Her husband, who was an agronomist, gained a position in Lund in 1950 which entailed that the couple moved to Malmö. There Greta Renborg began to work at the central library department of Malmö city library which had a mobile library unit. As a part-time worker at library branches Greta Renborg often had dealings with rowdy youth. At the same time she was also undertaking an agricultural accountancy correspondence course with Hermods and she attended the NKI school engineering course for farmers. On matriculating as a private student at Lunds Katedralskola in 1952 Greta Renborg then, during 1952–1953, completed Skolöverstyrelsen’s one-year library studies college course. She gained her qualifications just as major municipal reforms were introduced in 1952 when central libraries were set up to serve newly-built major municipalities. The Swedish library enterprise was entering an expansive period.

Greta Renborg then spent the 1953–1954 period in the USA as a trainee librarian, including serving on mobile book buses which served the prairie communities. She learned how to do “book talk” which she then introduced to Sweden as “bokprat”. Her article “Barn och böcker på Iowas prärier” published in Biblioteksbladet in 1954 has taken on legendary status. She also studied the British mobile library enterprise and in 1955 she was awarded a stipend to visit the mobile library units in use in Sweden at the time. Greta Renborg disseminated her ideas and impressions through various articles she published in library publications. At the same time Greta Renborg began to introduce new Swedish and translated non-fiction in the Femina journal, a much-appreciated effort she carried on with until 1964.

The Renborg couple moved to Bromma in 1955 at which point Greta Renborg became the main point of contact between Stockholm-based publishers and Lund Bibliotekstjänst. However, new adventures lay ahead. The Dalarna library association had received funding for a book-bus enterprise and the left-over funds went towards paying for a book consultant to visit each of the 44 municipalities in the county. This was a job that was made for Greta Renborg. She spent the 1956–1958 period organising hundreds of lectures and “book talks” as well as youth evenings and fashion shows and dances held between library bookshelves. She then ran a similar programme in Södermanland from 1958–1960. She referred to these ventures as “barefoot jobs”.

However, Greta Renborg was not just an active librarian. She also documented and analysed the contributions she made. In 1963 Bibliotekstjänst published a piece she had written entitled Det uppsökande biblioteket. Om biblioteks möjligheter att stimulera läsintresset which took a broad-brush perspective towards American and Scandinavian approaches to libraries. This book then became a text book used on the librarian college course. Greta Renborg was inspired by her study trips abroad to increasingly become a flagbearer of outreach efforts and social public library ventures in Sweden. In 1968 she deepened her professional knowledge at Uppsala university, writing a Bachelor’s thesis in sociology entitled “Kännedom om och attityder till folkbibliotek”.

Lars Tynell at Stockholm city library invited Greta Renborg to run their newly established PR department, which she did from 1967–1973. She began collaborative efforts and, in 1969, along with Bonnier publishers she published an anthology of love poems entitled Skönast är kärleken. The 20,000 print run rapidly sold out. That same year Sveriges Allmänna Biblioteksförening (SAB, Sweden’s public library association) awarded her the Bengt Hjelmqvist prize.

It was only natural that Greta Renborg found employment at the newly-established Bibliotekshögskolan in Borås in 1973 as an instructor of PR and marketing. The field studies that she and her students undertook in various municipalities included social engagement and she also taught abroad. The topic of library research was becoming more popular and Greta Renborg contributed to a book compiled by literary sociologists at Uppsala called En bok om biblioteksforskning, published in 1969. A Centrum för biblioteksforskning (centre of library studies) was established at Gothenburg university in 1987. Greta Renborg looked past her initial doubts and became involved in the enterprise. In 1993 she was awarded an honorary doctorate at the same institution.

The Renborg couple had moved to Sunnersta, near Uppsala and Ultuna, in 1965. This meant that Greta Renborg was not looking for a full-time post in Borås. Another reason for this was that she had many other engagements, such as being a member of LRF cultural board from 1980–1987, through which she organised an exhibition called Bygden behöver biblioteken. Within Föreningen Norden she organised an exhibition called Böcker kan bygga broar. Greta Renborg was also involved in Sveriges Författarförbund and Biblioteksmuseiföreningen (the Library Museum association) and served as chair of Sunnersta Egnahemsförening, an organisation which built the home for the elderly called In Sundusum. She also wrote articles for the Upsala Nya Tidning newspaper.

Greta Renborg of course remained actively involved in SAB throughout her career and she often wrote for its organ, Biblioteksbladet. In 1987 SAB began to award the Greta Renborg prize, given to a person whose successful marketing methods were applied in her spirit. This prize comprises a statuette called Läsaren created by Pye Engström.

Upon retirement Greta Renborg undertook a study of journals and produced a book entitled Bildande blad. Tidskrifter i folkbildningens tjänst, published in 1996. In it she focused on path-breaking public education champions who were spurred on by the pleasure and benefits derived from the quest for knowledge. This book also formed a contribution to the history of the press and the history of public education.

When Greta Renborg looked back on her life in the service of public education she found she had a strong sentiment for realities which she herself had not experienced – the sort of knowledge she had gained during her first jobs within agriculture. However, in 1945 she had exchanged the agricultural sphere for that of the book world. She was keen to disseminate the staple tool of childhood – books – and see the growth they generated in individuals. Her fellow librarians Valfrid Palmgren and Mary Ørvig shared this view.

The Renborg couple donated money to Uppsala university library to fund an archivist’s post in order to promote personal archives. Indeed, Greta Renborg’s own personal archive is stored there and it reflects the important contribution she made to the Swedish library enterprise by combining public education and research.

Greta Renborg died in Uppsala in 2005. She is buried at Hammarby cemetery in Uppsala. 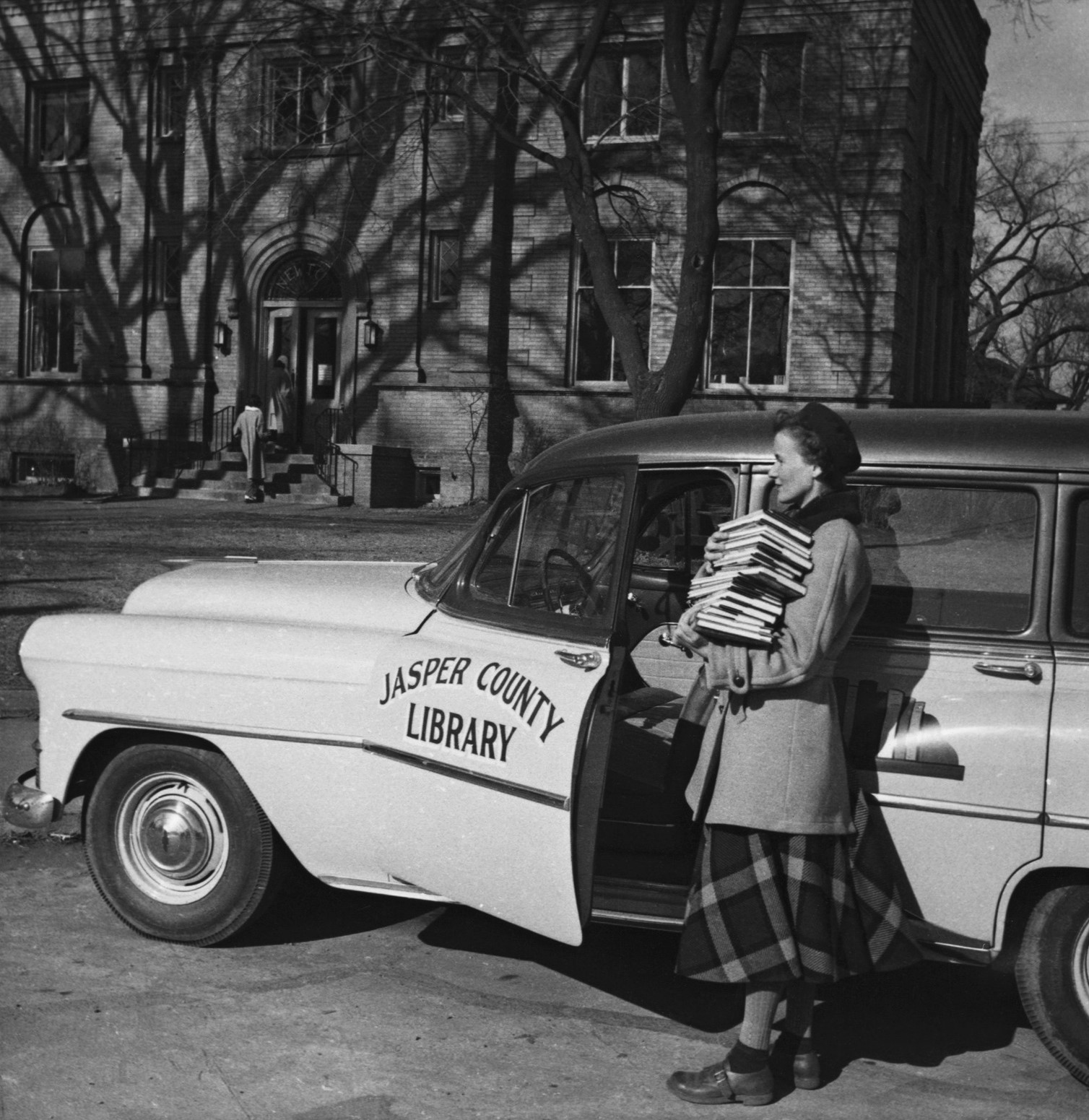