Founder of the Swedish Salvation Army

Hanna Ouchterlony established the first mission of the Frälsningsarmé (Salvation Army) in Sweden in 1882. She was a well-known leading figure in the Salvation Armies of Scandinavia and the USA.

Hanna Ouchterlony was born on a farm near Värnamo. Her father had a Bachelor’s degree in law from Uppsala and was subsequently appointed as regional governor. Her mother was a housewife who cared for her six children, of which Hanna Ouchterlony was the eldest. Hanna Ouchterlony’s education focused on the domestic sphere and languages. At the age of 19 she went to Stockholm to live with a paternal aunt and uncle, and she remained there for seven years. Upon returning to her parental home she was asked how she would contribute to the family income. She decided to open a bookstore which she ran for 15 years. Hanna Ouchterlony was interested in religion and had been inspired not only by the revivalist movement but also by the writings of the Danish author Sören Kirkegaard. She started a Sunday school, held religious gatherings and also distributed religiously-themed pamphlets.

The Swedish Salvation Army spread nationwide with missions established in Gothenburg, Uppsala, Norrköping, Malmö, Visby and Sundsvall. Ten years later there were 130 active missions as well as homes for prostitutes, refuges for the homeless and similar institutions. Hanna Ouchterlony was appointed Commissioner of the Swedish Salvation Army in August 1887. She was the editor of the organisation’s magazine Stridsropet from 1883 to 1888, and also the person responsible for its publication from 1883 to 1894. The international management of the Salvation Army then appointed Hanna Ouchterlony as a travelling representative to the USA. Two years later she had returned to Scandinavia, now serving as the leader of the Salvation Army in Norway. She returned to Sweden in 1901 for a period of recuperation. Her intention was to once again take on a position in the Swedish Salvation Army but her health was failing. She retired in 1904 and then lived in a number of different places in Sweden until her death in 1924.

Hanna Ouchterlony was no agitator for women’s rights, which may seem surprising from today’s perspective. It was surely not just coincidence that made her join the one movement of the nineteenth century which gave women the opportunity to both speak publicly and to take on positions of authority. It is beyond doubt that Catherine Booth, who fought for women’s rights to preach, had served as a major source of inspiration to Hanna Ouchterlony. The military system introduced by the Booths meant that women could exercise authority over men. Eventually, however, men came to dominate the higher ranks within the movement.

Hanna Ouchterlony died in 1924 and was buried at the Norra cemetery in Solna. 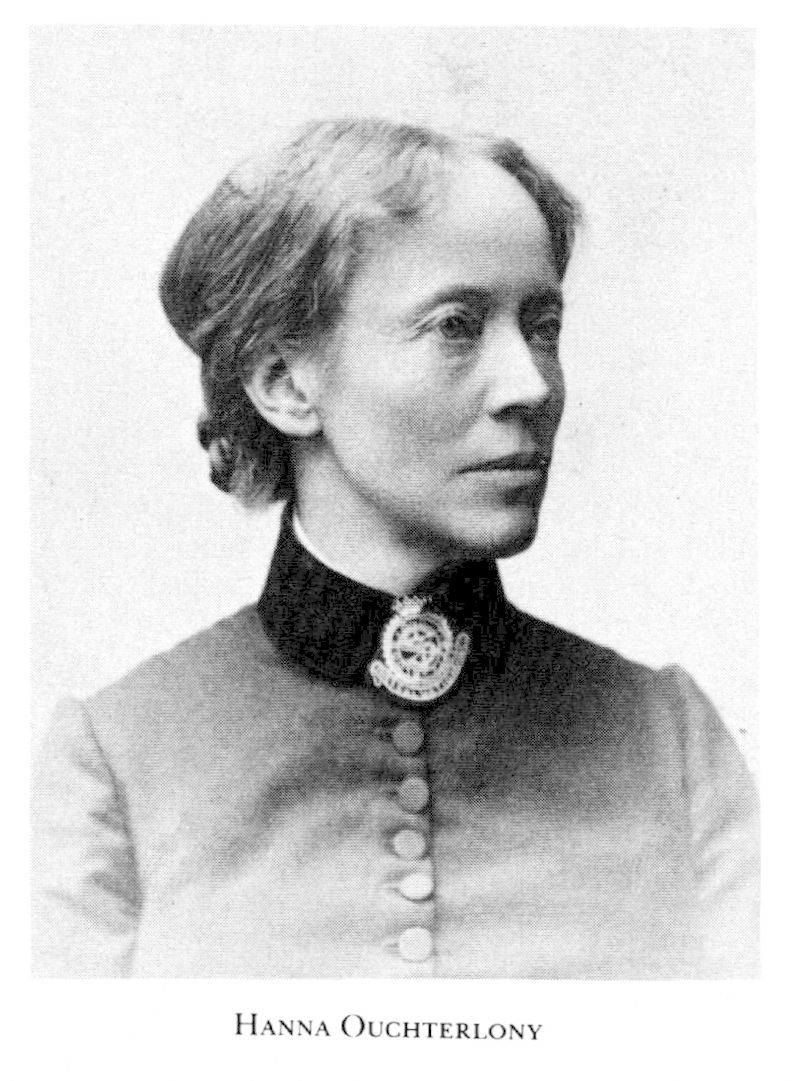