Hedwig Sidner made significant contributions to Swedish public school education through the state-run educational reform of the first decades of the 1900s. She was one of the very earliest Swedish women to be appointed lecturer at a state-run teaching institution.

Hedwig Sidner grew up in Härnösand. She came from a large family, of which five daughters and three sons lived to adulthood. All the children were properly educated. Their home environment was characterised by the enthusiasm of their father, Anders Sidner, for education and his great interest in music. Anders Sidner died when Hedwig Sidner was 16 and for a while she was largely responsible for her younger siblings. She revealed an aptitude for scholarship and a desire to become a teacher from an early age – at this time becoming a teacher was one of the few avenues for higher education that were open to women. She spent two years working at the private girls’ school in her hometown and then completed Högre lärarinneseminariet (the advanced female teacher-training programme) in Stockholm, graduating with top marks in teaching skills. Hedwig Sidner never married and lived with her mother Charlotte Sidner and her sister Irene Sidner for most of her adult life.

After a few years working as a private tutor and a teacher at her local girls’ school Hedwig Sidner, then aged 26, was appointed director of Elementarläroverket för flickor (the elementary school for girls) in Falun. From this position she applied for one of the few state posts then accessible to women, namely as assistant teacher at the public-school teacher-training programme for female students. After six years in this role she applied for a similar post in Stockholm, where she remained for more than 30 years. In 1918 she was appointed head of that programme. Hedwig Sidner also played an active role in organising the programme’s probationary year course and as acting head for certain periods. In 1915 she was awarded the Illis quorum medal of the eighth degree.

Hedwig Sidner was active at a period of transition and she made a significant contribution on behalf of the Swedish school system and teacher training through her role as a working member of the state-run public education committee, set up in 1906. This committee laid the groundwork for the 1919 public-school teaching plan with its in many ways radical new approach to knowledge and learning. Its first task was to reform the teacher training programmes for public schools. Hedwig Sidner played a considerable part on this committee. For several years she served as a working member of the committee which proposed new teacher-training programmes, providing the reasons for and the descriptions of the goals of the new programmes, the contents of the subject matter, course plans, organising and work methods. In particular she left her mark on the sciences. Further, the committee also greatly benefited from Hedwig Sidner’s teaching experience with regard to creating the practical part of the teacher-training. She was also a working member of the two committees which proposed a new public-school inspection and ‘fortsättningsskola’ (schools covering years 7 and 8). Further she was actively involved in developing the new teaching curriculum for public schools. She was responsible for a thorough analysis of the ‘fortsättningsskola’ enterprise as implemented in Great Britain and contributed studies of teacher-training as provided in both England and Scotland along with public education in England, Germany, and Switzerland, as well as school inspections in France and Great Britain.

In the national guidelines for teacher training and public schools produced by the committee children were treated as individuals and their developments highlighted in a new way. These were ideas which Hedwig Sidner strongly pushed. She maintained that practical education for children must take into consideration the relevant needs of children in order that they might attain a rounded and harmonious development, becoming thinking human beings and citizens who strove to be good. Hedwig Sidner was ahead of her time in many ways. She championed, for example, the idea that training courses could comprise both a smaller, obligatory aspect and a voluntary aspect instead of identical obligatory courses for everyone. She introduced British perspectives at a time

when the majority of Swedish instructors were German-inspired. She also wanted to move away from the tendency to work according to a specific goal within women’s handicrafts.

As a woman who served on public bodies Hedwig Sidner was in many ways a pioneer. For several years she was the only female member of folkundervisningskommittén (the public education committee). In it she was actively involved in investigations and decisions regarding the majority of the population, both women and men; up till this point women had in the main been admitted to committees studying women’s education or some other entity. At a time when many considered it unthinkable that women could teach young men she used well-supported arguments to assert the importance that both trainee male teachers and female teachers should themselves be instructed by people of both sexes.

Hedwig Sidner was also active at the municipal level. She was the first, and for several years the only, female member of Överstyrelsen för Stockholms folkskolor (the Stockholm public school management), the organisation responsible for running public school education in the capital city. She was a member of its educational committee, its child welfare agency, and its children’s food provision committee, and also served as the inspector of three children’s homes. She was also a member of the Kungsholmen school council and of the board of Pedagogiska biblioteket (the Pedagogical library). She also took an interest in vocational education and women’s handicrafts and was appointed inspector of handicrafts instruction nationwide.

Hedwig Sidner’s philanthropic interests developed further through her voluntary work at Birkagården, which she undertook after her retirement. Within this Christian-based settlement movement she ran the publishing section for a number of years and undertook the translation of several pamphlets into Swedish herself.

Througout her life Hedwig Sidner remained close to her youngest sister, a concert singer named Esther Gadelius, and to her brother-in-law Professor Bror Gadelius. She played an active role in the care and education of her nieces and nephews. During her own student years at Högre lärarinneseminariet one of her classmates was the future reform educator and school founder Anna Sandström. Swedish female teacher-training assistants were few in number and Hedwig Sidner’s position as a member of the committee for public education resulted from her role as leader within that small circle. Her colleagues at the Stockholm public-school training programme included the lecturer Marie Louise Gagner as well as, during her final term, headmistress Anna Sörensen. Within folkundervisningskommittén Hedwig Sidner worked alongside Fridtjuv Berg, who was the chair of the committee in between two stints as Minister of Education, and headmaster Harald Dahlgren, who was chair from 1911. Hedwig Sidner worked with Fridtjuv Berg again on Överstyrelsen för Stockholms folkskolor. At Birkagården she was greatly influenced by Natanael Beskow and his views on matters of faith. Politically she was a liberal. Her great work ethic, objective approach, and striving for progress as well as personal integrity, humility, and a genuine interest in her own students are all testified to in her obituary. 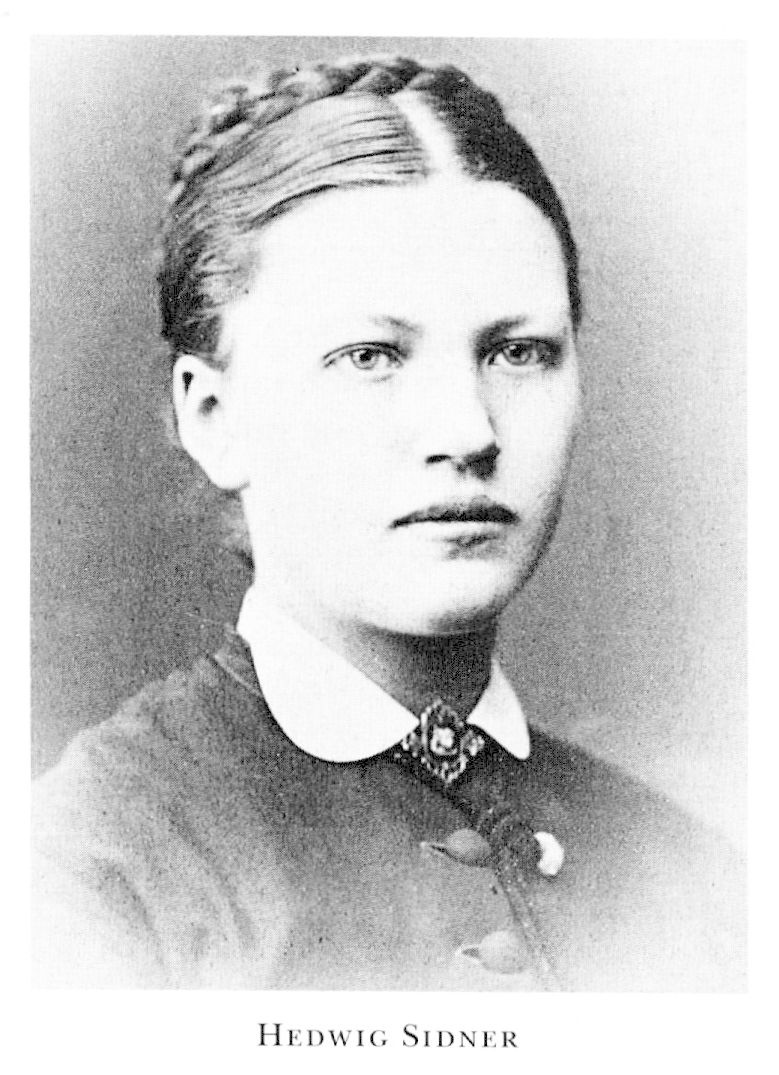