Creator of a garden

Hilda Pennington-Mellor Munthe is primarily known for having landscaped the surroundings of her summer cottage, Stengården, in Leksand, which is now known as Munthes Hildasholm. She was married to the Swedish doctor and author Axel Munthe.

The couple got married in London in 1907. Soon afterwards the family came to include John Axel Viking, known as Peter and born in 1908, followed by Malcolm Grane, born 1910. After spending their honeymoon in Sweden the couple decided to build a summer cottage in Leksand. Their manor-like house of Stengårdon was completed in 1911 and lay next door to Leksand church. The house was designed by the architect Torben Grut. This summer cottage became a much-loved refuge for Hilda Pennington-Mellor Munthe and her sons for the rest of her life. Axel Munthe never spent much time at Stengården. Although the couple remained married for the rest of their lives they only shared a marital home for the first twelve years of their marriage, until 1919.

Hilda Pennington-Mellor Munthe began to plant the gardens near Stengården, in the special surroundings of Siljan, which eventually became the property’s trademarks. She took inspiration from the Arts & Crafts movement and from the many Italian, French, and British gardens she had seen, albeit the plants she chose are typical of and hardy enough for the Swedish climate. There are seven different garden areas at Stengården which are otherwise surrounded by untamed nature. The interior of the house is decorated with antiques and artwork from all over Europe as well as with creative works produced by family members.

Hilda Pennington-Mellor Munthe had always harboured a strong interest in theatre and music. This played a major role in the summers she spent with her sons at Leksand. She encouraged them to be imaginatively creative. Various plays were regularly performed for her closest friends. The puppet-show, “Den kungliga teatern”, involved extensive scenery and around two-hundred puppets in various guises, many of which had been made by the family themselves. For a couple of years, during the 1930s, Hilda Pennington-Mellor Munthe mounted theatre productions in Leksand, involving nearly a hundred local children as performers. In 1932 a show entitled “Leksand genom tiderna” was performed followed, in 1934, by “Leksandsspel, historiska och religiösa legender”. She was a deeply religious person and the Christian faith served as a basis for the plays.

Axel Munthe and Hilda Pennington-Mellor Munthe had little contact after 1919, although he did visit Stengården a couple of times during the 1920s and 1930s. Axel died at Stockholm castle in 1949. His life’s work, namely the Villa San Michele on Capri, was donated to the Swedish state and today it is a much-visited tourist site and residence for Swedish recipients of scholarships.

During the winter months Hilda Pennington-Mellor Munthe mainly lived in England. From 1931 onwards she owned Southside House in Wimbledon, which is a building dating from the seventeenth century and is replete with British history. It remained her home until she died. She also owned a house dating from the medieval period, Hellens Manor, in Much Marcle, Herefordshire. When the bombs of the Second World War began to fall across London she packed up the most valuable items of Southside House and travelled by horse and carriage to take refuge at Hellens Manor. Hilda Pennington-Mellor Munthe’s childhood home, Villa Francon in Biarritz, belonged to her and her brother until 1948, although the family never used it after 1930. During the Second World war the building was occupied by German forces. Both Southside House and Hellens Manor are today in the possession of a trust which run the buildings as museums that are also available for use to host cultural events. Stengården in Leksand was renamed Hildasholm following the death of Hilda Pennington-Mellor Munthe and today it is owned by a trust which opens up the property to the general public during the summer months.

Hilda Pennington-Mellor-Munthe died in Rome in 1967. A memorial stone has been raised in honour of the family in the Protestant cemetery in Rome. Leksand church contains a couple of donations received from the family, including a painting of Mary by Luca della Robbia. 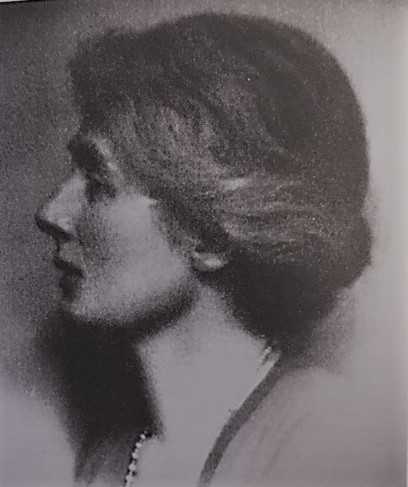