Hilda Thegerström was a pianist, a piano teacher, and a composer who was active during the second half of the nineteenth century.

Hilda Thegerström was born in Stockholm in 1838. A few months after her seventh birthday she and her family left inner-city Stockholm and moved to an area near Norra begravningsplatsen (the Northern Cemetery) in Solna. Despite Hilda Thegerström’s precarious financial situation an unidentified benefactor had become aware of Hilda Thegerström’s talent and enabled her attendance at Adolf Fredrik Lindblad’s musikinstitut, a well-respected institute of music at the time. Hilda Thegerström’s parents, Johan Thegerström, a grocer’s merchant, and his wife Anna Fredrika Charlotta Thegerström both originally hailed from Umeå. The young couple and their three children – comprising Hilda Thegerström, her eleven-year-old big brother Johan Arvid and her one-year-old little brother Hugo Edvard – moved into the so-called Ritorp in Solna.

Adolf Fredrik Lindblad, the founder and head teacher of the music institute, had taken a liking to the so-called Logier music method during a brief stay in Paris in 1827. This method was named after the multi-talented German musician Johan Bernhard Logier who based his teaching method on his patented hand-trainer of 1814, also known as Chiroplast. This entailed a board mounted horizontally above the piano to which the hands were attached “in raised fashion”. The goal was to teach students to release their fingers and keep their hands so still that even coins, placed across the tops of the hands as a training tool, remained in position whilst the piano was being played. Lessons included training in how to listen and classes were held in groups so that several students would play at once, thus teaching them to play in time with one another. Strictly speaking this form of teaching was suited to the cembalo or the fortepiano and not modern pianos. In contrast, the Lindblad style of piano instruction enjoyed the highest reputation in Stockholm society as Lindblad had been King Oscar I’s piano teacher. The two of them had first met in 1820 when they were students at Uppsala.

Once Hilda Thegerström had surpassed what the institute could offer her it may have been Lindblad himself who handed her over into the care of Dutch piano teacher Jan von Boom. The latter’s piano-teaching style was just as unmodern as that of Lindblad and his Logier method. It was when Hilda Thegerström began taking lessons from the composer Franz Berwald that she made her first real progress. From 1852 onwards Franz Berwald took on the responsibility for her piano training, serving as her patron, her mentor, and her guardian. It is from his reminiscences, and those of his son Hjalmar Berwald, that we have our information on Hilda Thegerström’s early musical education. A draft of a letter, dated 28 June 1856, written at Sandö near Harnösand, describes how defenceless and financially straitened she was, portraying a more worrying situation than is usually emphasised by claiming Hilda Thegerström came from a simple background.

Although Franz Berwald was neither a teacher nor a pianist he certainly had a more thorough understanding of the art of piano playing than either Jan van Boom or Adolf Fredrik Lindblad did. After four years of instruction with Berwald Hilda Thegerström had progressed far enough that on 1 April 1856 she was able to perform the two last movements of Chopin’s concerto in F-minor accompanied by the Hovkapell (royal orchestra) and its leader Jacopo Foroni. Hilda Thegerström also performed Beethoven’s Appassionata at this concert as well as one of Liszt’s rhapsodies. At this point in time Berwald began to compose piano music with her in mind and as the intended recipient. By 1853 he had already completed the piano quintet in C-minor which she would later perform on several occasions, including on 10 January 1874 together with Fridolf Book, A F Lindroth, Conrad Nordquist (also a student of Berwald’s) and Fritz Söderman. A second piece, however, a piano concerto from 1855, lay silent for over fifty years before it was pulled out of obscurity and premiered posthumously by Astrid Berwald, the composer’s niece.

Hilda Thegerström now also began to compose, producing two piano pieces: La naïveté op 1 and Nocturne et Rondoletto op 2. In the autumn of 1857, through Berwald’s efforts these pieces were published together by Friedrich Kistner publishing house in Leipzig under the single heading of Souvenirs Suédois.

One of Franz Berwald’s particular talents was marketing not just himself but both of his protégés, Hilda Thegerström and the young singer Christina Nilsson. He generated an international network of contacts and used it to persuade members of the royal household, and others who were able to, to donate funds. Further, his constant correspondence with his sponsors and with Antoine-François Marmontel, the famous piano-teacher of the Paris conservatoire, certainly helped Berwald to prepare the way for the 1857 subvention which enabled Hilda Thegerström to spend a couple of months in Paris studying with Marmontel and giving concerts. Later that same year she travelled to Weimar where Franz Liszt was working as a musical director and piano teacher. He too formed part of Berwald’s network. Hilda Thegerstöm spent two years, up to the summer of 1859, studying with Liszt and thus adopted his technique for mastering the hard-to-play modern piano.

Hilda Thegerström gave concerts in Weimar and Münich, as well as at the Tonkünstler festival in Leipzig in June 1859. At the latter she and the cellist Friedrich Grützmacher performed Berwald’s duo for cello and piano. Hilda Thegerström then returned to Stockholm where, on 28 February 1860, she made her debut with the budding singer Christina Nilsson. At this time the main line of the Swedish railway was being expanded, making it possible for Hilda Thegerström to give concerts outside of Stockholm too, primarily in Gothenburg. There, on 8 November 1860, she performed Felix Mendelssohn’s concerto in G-major along with Beethoven’s Appassionata. Hilda Thegerström often included works by Chopin, Mendelssohn, Hummel and Liszt on her programmes. She returned to Gothenburg often to perform there. Following Bedřich Smetana’s farewell concert on 19 March 1861 – after six years of working in Gothenburg – Hilda Thegerström was now asked to fill the vacancy he had left behind, and she did so from time to time. From 1863 onwards Hilda Thegerström spent a total of five years working as a music teacher in Gothenburg, with lengthy breaks in between. Following a year of piano teaching she realised that it was not yet time to give up her connection to the Liszt school and this time she opted to go to Berlin and study with Franz Liszt’s most eminent student, the Polish pianist Karl Tausig. Hilda Thegerström was instructed by Tausig from 1864 to 1868, during which time she transferred her admiration for Franz Berwald onto Tausig.

During the 1850s Hilda Thegerström’s family situation worsened to the extent that her parents and her youngest brother had been forced to move back to Västerbotten. Her big brother was now a sea-farer and sought to establish himself in Brazil. A while after her father’s death in Umeå in 1868 Hilda Thegerström was able to bring her mother to live with her – this only became feasible when she was persuaded to replace Jan van Boom as clavier and piano teacher at the Royal Swedish Academy of Music conservatoire, thus improving her financial situation. Her new teaching appointment meant that Hilda Thegerström and her mother could now afford to move into a stylish apartment on Östermalmsgatan in which a music room was set up and where she held small musical evenings. On 20 May 1875, three years after her appointment to the conservatoire in Stockholm, Hilda Thegerström was elected into the Royal Swedish Academy of Music as member number 449. In 1895 she received the royal Litteris et Artibus medal.

Hilda Thegerström carried on working at the conservatoire until 1904. During that time a couple of generations of Swedish pianists came to owe her gratitude as they left her studio at the academy of music on Nybroviken, including Gustaf Brinck, Natanael Broman, Sigrid Carlheim-Gyllenschöld, Adrian Dahl, Algot Haquinius, Tora Hwass, Märta aft Klintberg, Lennart Lundberg, Henning Mankell, Aurora Molander, Bror Möllersten, Märtha Ohlson, Alfred Roth, Emil Sjögren, Evin Skarby, Uno Sundelin, Nils Svanfeld, Hilma Svedbom, and Patrik Vretblad. Hilda Thegerström gave her final public performance on 5 December 1889 when she, along with the newly-set up Aulin quartet, played Berwald’s piano quintet in C-major, which was dedicated to her. In 1904, following 32 years of teaching, Hilda Thegerström retired from her post, suffering from the effects of cancer.

Hilda Thegerström died in Stockholm in 1907. She lies at rest in Norra begravningsplatsen (the Northern Cemetery) in Solna. She willed a donation of 25,000 Swedish kronor to the Franz Berwald piano fund. 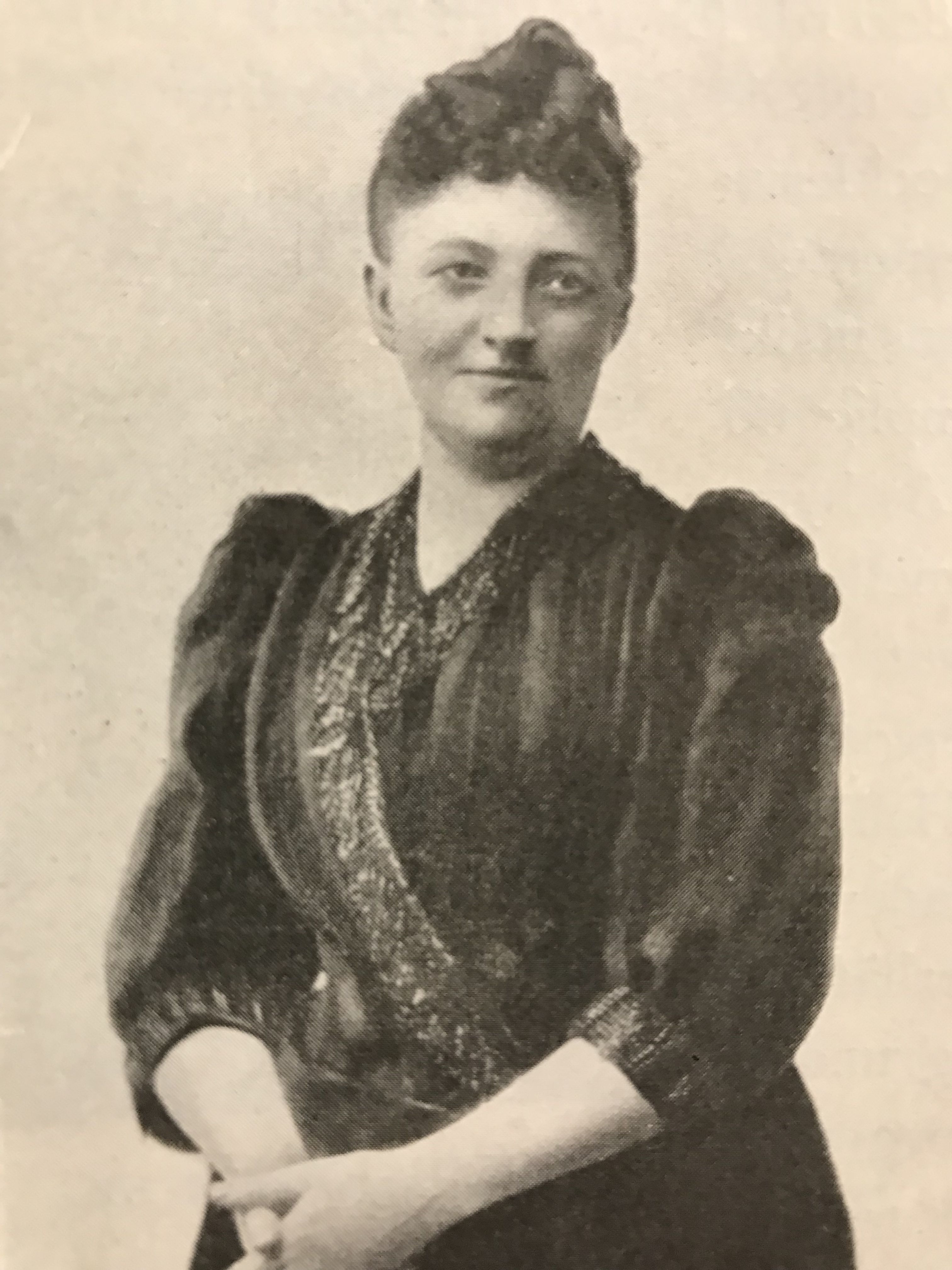