The author Hilma Angered-Strandberg is primarily remembered for her critical depiction of the religious bigotry in Fjällbacka and for her portrayals of late nineteenth-century America.

Hilma Angered-Strandberg was born in 1855 and brought up in a solid bourgeois milieu in Stockholm. She was the daughter of Carl Gustaf Strandberg and Eva Strandberg, née Helleday. Her father was a judge and member of the Swedish Academy. Hilma Angered-Strandberg was the eldest of five children. She lost both her parents during her teenage years and was forced to provide for herself. She initially worked as a companion, but later trained to become a telegraph operator. She quickly gained a full-time position in Fjällbacka where she lived from 1883 to 1888. During this time Hilma Angered-Strandberg began to write short stories and published some of these in the Göteborgs Handels- och Sjöfarts-Tidning. Her short story entitled “Nitälskan”, which was highly critical of the bigotry she experienced in Fjällbacka, aroused a negative reaction from the locals. Angered-Strandberg moved away from Fjällback for a while and worked for the Göteborgs Handels- och Sjöfarts-Tidning in Gothenburg. While there she was one of the central people involved in the newly-started Framåt magazine. Hilma Angered-Strandberg’s short stories were published in a collection entitled Västerut in 1887. Toward the end of the 1880s she met Victoria Benedictsson, Anne Charlotte Leffler and Sonja Kovalevsky.

In 1888 Hilma Angered-Strandberg emigrated to the USA with her husband Hjalmar Angered who hoped to establish himself as an artist there. After six difficult years in the USA during which they lost two young children, the couple returned to Sweden. Hilma Angered-Strandberg wrote about North America in two novels, Den nya världen and På prärien, both published in 1898. In 1904 she published the partly autobiographical novel Lydia Vik.

Hilma Angered-Strandberg’s life was beset by illness and financial difficulties. Despite this, she spent several lengthy periods in Italy and Switzerland during the 1900s. For the most part, however, she lived in smaller localities in Sweden. In 1905 she published Under Söderns sol, which was a collection of sketches from her first trip to Italy. The novel Hemma was published in 1912, followed in 1915 by the short story collection På bygator och alpvägar, which is also situated in Italy.

In 1916 Hilma Angered-Strandberg was awarded the first prize of 3000 Swedish kronor by the newly-established Nine Society. She became a widow in 1919. Her last book, Barbarens son, was published in 1924 and is a historical novel situated in medieval Italy. The novel has an introduction by Ellen Key. In addition to the aforementioned works, Hilma Angered-Strandberg also authored a collection of poems and other short story collections.

The surviving correspondence between Ellen Key and Hilma Angered Standberg dates from 1888 to 1925 and is held at Kungliga biblioteket (the National Library of Sweden) in Stockholm. The correspondence consists of 228 letters, of which 148 were written by Hilma Angered-Strandberg. Most of her letters are lengthy; some are 20 pages long, or more. She wrote about very private matters in her letters, revealing her life story, her thoughts, her shortcomings, her constant financial problems and her poor state of health. Although Hilma Angered-Strandberg occupied a rather obscure position within the Swedish literary sphere, her letters reveal that she was convinced she was an important author. She died in 1927 in Merano, northern Italy. 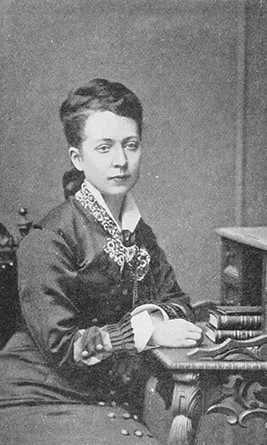