Ida Telland was active as a photographer in the towns of Lindesberg and Kopparberg at the end of the 1800s. She was also well known for her generous donations to Lindesberg, like for example the Adolf Jonsson fountain Leda and the swan in the central Rådhustorget square.

Ida Telland was born in 1860, the daughter of Nils Söderqvist and his wife Anna Christina, née Adler. The family then lived in Sundbo in Ljusnarsberg Parish. The year after, their son Axel was born, and at the beginning of 1864 the couple had another son who died however when he was only three weeks old. Nils Söderqvist was a well-known master builder in the region and much in demand. In the mid-1870s, Nils Söderqvist and his family moved to Lindesberg, where they took over a farm that had formerly belonged to the works owner Erik Elzwik. The large, L-shaped house with 17 rooms was almost unchanged since the end of the 1700s. Nils Söderqvist saw to it that the house received a more contemporary design.

Ida Telland became interested in photography at an early age and she worked as assistant to the photographer August Wahlström who was active in Lindesberg and Kopparberg at that time. At about the same time as Wahlström moved to Falun in 1880, she became a part-owner of the company and Nils Söderqvist chose to build a photo atelier on his own grounds for his daughter’s enterprise. Later, she also had an atelier in Grängesberg, also built by her father.

The enterprise continued to be run under the name of Wahlström & Söderqvist Fotografiatelier, but it was taken over completely by Ida Telland after a number of years. Her partner August Wahlström had by then become properly established in Falun. In due course, Ida Telland and her photo atelier became something of an institution in Bergslagen. It was the place people chose to visit to have their photographs taken, preferably together with their family or closest friends. During certain periods, there were other photographers in town, but none of them remained for long. During her rather more than 30 years as a professional photographer, she took photographs of many people and surroundings in Bergslagen. Many photographers-to-be also had the opportunity to try out the profession at Ida Telland’s studio.

In 1896, Nils Söderqvist had a stroke that left him partially paralysed on his right side, and the year after, his wife Anna Christina Adler died after almost 40 years of marriage. Their large home was taken care of by maid servants and a housekeeper, and Ida Telland’s father had a nurse to help him every day, but it was Ida Telland who had to shoulder the responsibility for the farm. She was able to spend less and less time in her photo studio that was instead looked after by the photographer Oskar Herman Landelius.

When master builder Nils Söderqvist died in 1905, he was a relatively wealthy man. His estate inventory showed a balance of 26,525 kronor, which today would be the equivalent of about 1.6 million kronor (currently, in 2020, about 152,380 euros). His total fortune, including the big house, was inherited by his daughter Ida Telland, whose siblings had died when very young.

After her father’s death, Ida Telland continued for a few years to run her photo atelier, but in 1911 she decided to sell her firm. The purchaser was Ingeborg Welin, who for a year or so had been employed in the atelier and now wanted to take over the business. In 1912, Ida Telland, still with the surname Söderqvist, was in other words a wealthy unmarried woman without any duties either to her parents or to her photography enterprise. Many believed that she would surely sell the farm and move to Stockholm, as many others had done before her. However, that was not what happened. At the age of 52, she married Adolf Telland, a retired works manager from the neighbouring province of Värmland. He had then been a widower for some years.

Their marriage seems to have been unusually happy. The retired works manager settled down very well in the home of his wealthy wife and the couple seems straight away to have set up for themselves a quiet life in the big house and with the farm. It is said that Adolf and Ida Telland were most interested in their garden with its many fruit trees. For some years there were also a monkey and a number of caged birds as members of the Telland household.

At the beginning of the 1930s, Ida Telland chose to divide off two plots from the large garden. One of the plots was purchased by a timber manufacturer and the Lindesberg congregation (nowadays Linde bergslags församling) was allowed to take over the other for free to build a parish hall. It was inaugurated by Bishop Einar Billing on 30 October 1932. The parish had its activities there until 1994 when a new parish hall was opened on the site of the old vicarage.

It would soon turn out that Ida Telland had more gifts in readiness for her home town. In her last will and testament, she donated large sums of money to among other things a fund for old, sick and destitute persons as well as orphans in the town. Part of her fortune went to the ancient monument authorities to create a museum. However, most attention was aroused by her promise to donate a large fountain to Lindesberg.

The town accepted the gift gratefully and entrusted the task to the sculptor Adolf Jonsson, who created a fountain with three groups of bronze figures. The central group shows the mythical princess Leda who is being seduced by the god Zeus disguised as a swan. A second group consists of a dolphin, a cupid and a couple of doves. The third group consists of a giant turtle being led by a cupid. The bronze figures are all situated in a great granite basin. This work of art was inaugurated on 23 December 1934 by the mayor, Magnus Sjölin. Masses of people attended despite the cold season of the year, among them the lord lieutenant of the county at that time, Bror Hasselrot. The 74-year-old donor was also present and of course received adulation for her distinguished gift to the town.

At that time, Ida Telland was a widow since her husband had died earlier in 1934. The couple’s home, nowadays known as Tellandska gården, was taken over finally by the heritage association Lindes Fornminnesförening. The building was renovated to celebrate Lindesberg’s 300th jubilee in 1943, and after that it was used for many years as the city museum. Nowadays, Tellandska gården is once again privately owned and it has been carefully renovated.

Ida Telland’s life’s work has thus to a great degree left its mark on Lindesberg. The fantastic fountain Leda and the swan still adorns Rådhustorget with its cobblestones, and Tellandska gården, of which she had taken such care during her lifetime, rises as it always has done high above the low timbered houses of Lindesberg’s southern districts.

However, above all, Ida Telland has left behind her a great number of glass plates, nowadays preserved in the Lindesberg archive of cultural history. Here one can see portraits of individuals, town surroundings, and views from the Bergslagen of the past that Ida Telland has immortalised for the enjoyment of coming generations – unique historical documents.

Ida Telland died in 1936, at 76 years of age. She and her husband are buried in Bergskyrkogården in Lindesberg. In the same grave lie also Ida Telland’s parents and her brother Axel. 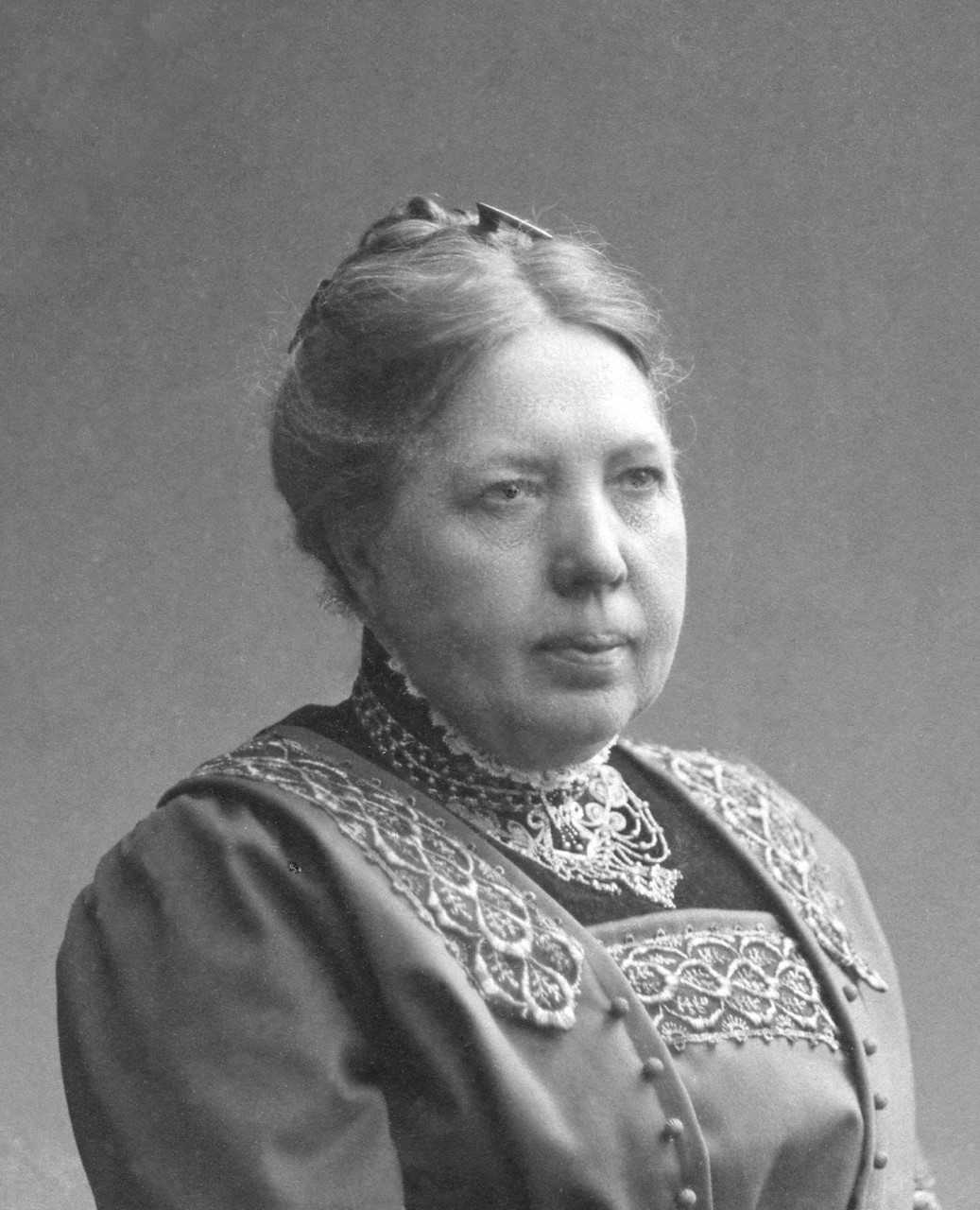