Inga-Britt Fredholm was an author. She spent ten years serving as Evert Taube’s literary secretary, both in Sweden and abroad. She collected and edited Taube’s stories and contributed a total of twenty pieces of work on the national poet.

In 1934 the family returned to Gothenburg and Inga-Britt Fredholm continued her education at Mathilda Hall’s school. She thus became completely bilingual. She trained as a secretary and was a skilled stenographer who had knowledge of the English and French languages. She gained a two-year post working for the United Nations in Geneva. There her duties included working with Gunnar Myrdal during his period as Secretary-General of the Economic Commission of Europe (ECE), from 1947 to 1957. From 1954 to 1959 Inga-Britt Fredholm was married to Gösta Ferdinand Fredholm, an engineer who had been born in Uppåkra, then in Malmöhus county.

Inga-Britt Fredholm returned to Gothenburg again, where she gained a job as secretary at the Park Avenue Hotel, where many world-famous guests benefited from her assistance. Indeed, it was there, in 1962, that she met Evert Taube and this led to her becoming his literary secretary for ten years. During the 1964–1965 period she undertook travel for work, along with Evert Taube, going to the Antibes and to Argentina. Later she produced two books about this period of her life, entitled ”Tänk, inspirera herr Andersson”: glimtar från mina arbetsår med Evert Taube, published in 1990, and Ett sällsamt farväl: essay till Evert Taubes 103-årsdag, published in 1993.

During the ensuing period, that is the 1960s, she collected the poet’s stories and published them in eight volumes under the shared title of Samlade berättelser med tillhörande visor och ballader, released 1966-1967. She also collaborated on Vid tiden för Astri och Apollon: okända dikter och berättelser, published in 1964 and during the 1970s she produced pictorial biographies of the poet. These, however, are but a selection of works about Evert Taube that she contributed to in one way or another. Indeed Inga-Britt Fredholm made several donations to Gothenburg university library: in 1998, 1999, 2001, and in 2019.

Inga-Britt Fredholm was an active member of Kulturminnesföreningen (cultural heritage association) Otterhällan from the organisation’s very inception in 1971. She was even appointed as honorary member. For many years she organised events about Evert Taube in conjunction with his birthday on 12th March. Another long-lasting activity of hers was providing the documentation and inspiration for the opening of the experience called Evert Taubes värld (the world of Evert Taube) at Liseberg amusement park in 2008.

The Pütter family crest contains a motto which reads “Tief und klar”. It was a motto which permeated Inga-Britt Fredholm’s entire life and all her endeavours. She died in 2014. The funeral was held at Örgryte old church and she is buried in the family grave at Örgryte nya kyrkogård (new cemetery). The announcement of her death was published in the Svenska Dagbladet and Göteborgs-Posten newspapers in April 2014. The following is a poem by Evert Taube: 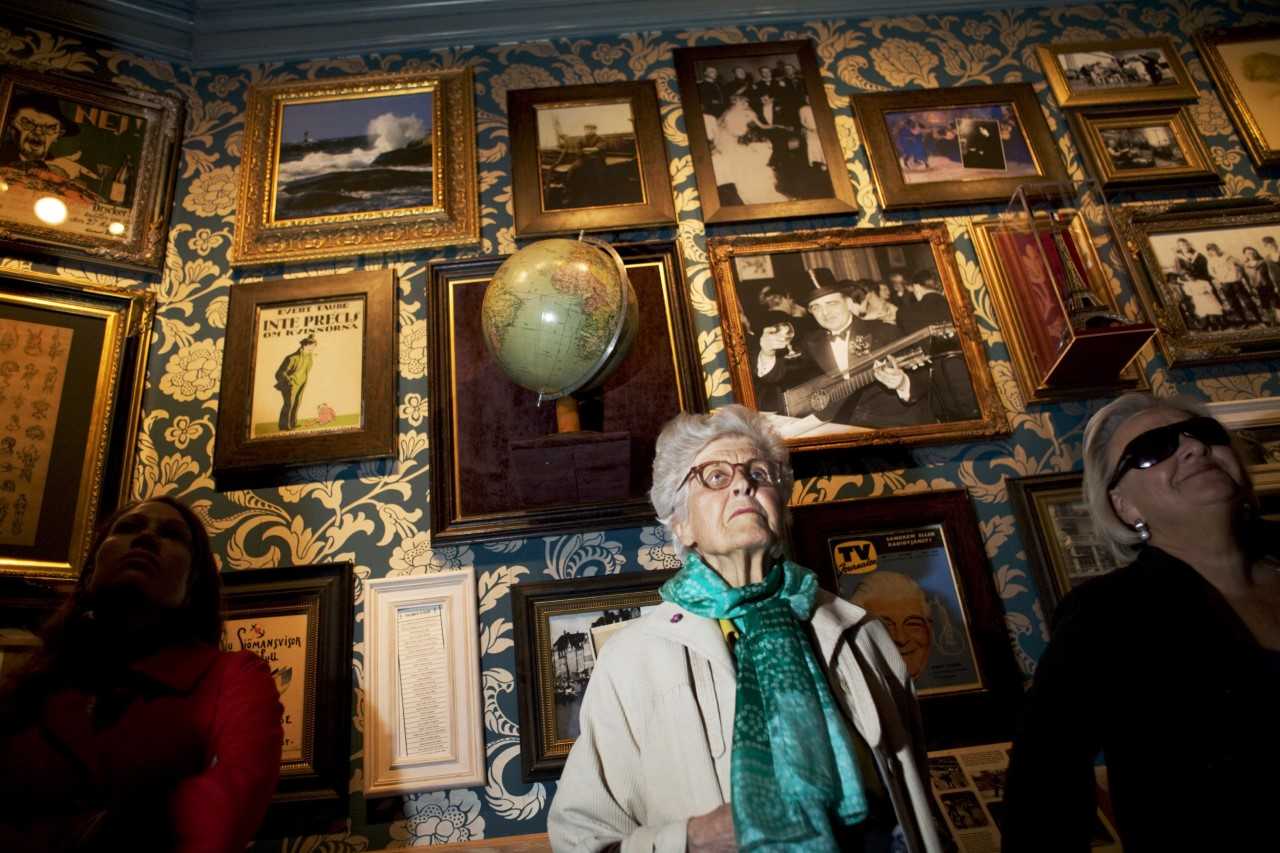