Inga Lantz was a parliamentarian who represented Vänsterpartiet (the left-wing party) during the period of 1973–1988. She was also an author and she was active within the feminist network known as Stödstrumporna.

Inga Lantz grew up in Stockholm. She was brought up by her single mother, a fur seamstress who was politically active in Sveriges Kommunistiska Parti (now Vänsterpartiet). One of Inga Lantz’s autobiographical short stories reveals that she, aged just four, accompanied her mother to party meetings, concerts, the theatre, and even on foreign trips. She would often return to these early experiences and review the impact they had had on her life. Her stepfather, Marino, was a violinist and an artist, and he too had a lasting impression on her.

When Inga Lantz was 14 years old she joined Demokratisk Ungdom, a communist youth association. In 1958 this association merged with Sveriges kommunistiska ungdomsförbund (SKU). As a member of the association’s folkdance team Skäran she attended a Soviet youth festival. They also performed at the Peking opera with the Chinese Minister of Culture in the audience.

During her highschool years Inga Lantz ran a study group in Marxism. The same year that she graduated from school, in 1963, she married Benne Lantz and they had two children, name Pia and Peter. She attended Stockholm university, taking courses in the humanities. From 1970 onwards Inga Lantz worked as project administrator at Ellemtel AB, a sister branch of Telefonaktiebolaget L M Ericsson. She and her family then moved to Huddinge and in 1971 she became a member of the local social welfare board. Later on she became a member of the board of the local branch of Hyresgästföreningen (tenants’ association). As a member of the municipal council she primarily focused on family matters, such as childcare and education, but also on cultural and leisure issues. Amongst other things she was an instigator of the so-called family holiday for which she also authored a parliamentary motion.

Vänsterpartiet Kommunisterna (VPK, now known as Vänsterpartiet) wanted a young, female, politically-experienced party member to represent them at the 1973 elections and Inga Lantz was selected for this purpose. Her autobiographical collection of short stories, Livstycken och Zinkaduser, describes how the party had decided that three criteria needed to be met: the candidate had to be a woman, she had to have a working-class background, and she had to be resident in the southern part of Stockholm. On the ballot Inga Lantz was given the title of “industrial worker”. Given that she was only 30 years old she was the youngest parliamentarian at that time.

In parliament Inga Lantz was active within the education committee, the culture committe, and the social welfare committee at various times and in various positions. She also served as a temporary member of Nordiska rådet and as a member of the VPK-group board of trustees. During the 14 years she served as a parliamentarian she put forward 145 of her own motions, raised 80 questions, posed 30 interpellations, and gave 182 speeches. Further, during the 1970s Inga Lantz also held positions within state agencies and committees as a member of Besvärsnämnden för rättshjälpen and served as an expert of Barnolycksfallsutredningen, investigating accidents involving children. In 1980 she was a member of the committee on abortion and a delegation for issues regarding employment hours, Statens nämnd för internationella adoptionsfrågor (NIA, now known as Myndigheten för internationella adoptionsfrågor, MIA), as well as of the board of Swedish UNESCO.

During her parliamentary years she garnered a lot of media attention and became the public face of the party for many issues. The fact that she was young, and a woman, contributed to the media attention. She was largely respected for being well-versed in the issues that she represented and for being fearless and skilled in rhetoric.

Within her role on the social welfare committee Inga Lantz highlighted several so-called women’s issues, such as the right to pain relief during childbirth, issues relating to in vitro fertilisation, as well as contraception advice.

During the 1980s, when the question of whether punishment should include drug-dependency treatments was frequently raised, Inga Lantz championed the function of drug-free departments within prisons and the development of open treatment centres within the prison service. She also felt that the prison service should offer an employment rehabilitation programmes.

During the 1980s, Inga Lantz was also involved in discussions on new gene technology. Her motion entitled “Om den nya biologins inverkan på människan” warned of the technology’s risky nature which could, in the long run, lead to undesirable consquences such as race selection, ethnic cleansing, and other such things. She claimed in her motion that “research in this area must be combined with intensive debates on ethics”. She also felt that a committee should be established before any Swedish attempts at gene technology were continued.

The right to a nursery placement, affordable rents, and communal living were all matters which she had raised within Huddinge municipal council and which she also raised within the social welfare committee. As a member of the education committee she wrote a motion on increasing teacher numbers as well as alternating between theoretical and practical teaching, nationalising the production of teaching materials, how women were presented within teaching materials, and the question of schools which did not grade their pupils.

Inga Lantz testified that she, as a young woman, had often encountered problems in being heard within the male-dominated parliament. On one remarkable occasion in 1978 she appeared at an education committee gathering wearing a gag as a form of protest about the fact that current rules meant that as a temporary member of the committee she had no right to express herself. She felt that she was unjustly treated, even as a “young woman”, and, given that she represented her party which had surpassed the 4% limit and thus part of the committee, she should also have the right to express her opinion. Subsequently the rules on this were changed.

By 1988 Inga Lantz had been a parliamentarian for 15 years and she decided not to stand in the next election. When she withdrew from national politics she remained within VPK for a time, representing the party locally on bodies such as Stockholms stads gatunämnd, Nordiska rådet, and in a range of international contexts.

When she, along with a third of the VPK parliamentary group, left parliament in 1988 this departure was noted in several major articles run in the main newspapers. These articles revealed that in her new life she sought a release for her personal interests which she had had to put on the backburner during her political career. She wanted to release her culturally creative and artistic side. She wanted to research on matters relating to the future, to undertake further studies, to “write novels instead of parliamentary motions and speeches”, and to have more time to paint, to ride, and to undertake travels and provide travelogues. This was at a time when communism was on the retreat and she, like several of her party colleagues, viewed socialism in its Soviet and Eastern European formats, in a new light: “It was a huge disappointment but also a release. I thought I had followed the wrong path, that I had not been adequately on guard”, she revealed in a report published in the Dagens Nyheter newspaper in 1990. Nevertheless she maintained: “I am still a socialist and I remain politically engaged, of course”.

Before the 1994 parliamentary election she, and Maria-Pia Boëthius and Ebba Witt-Brattström, under the motto of “Hela lönen, halva makten” (full wages and half the power), were active in the cross-political association called Stödstrumporna. This association sought to increase the political engagement of women in Sweden before the election took place. Although they were not able to form a political party their success was reflected in the introduction of the “varannan damernas” (gender equality policy) to most political organisations.

Following her parliamentary career Inga Lantz became a productive writer and photographer who wrote reports and columns for the daily press and travel magazines. She also gave well-attended talks in a range of public education settings. Several of her reports of adventuresome travels to places including Tibet, Iran, Mongolia, India, Argentina, Myanmar (now Burma), Vietnam, Cambodia (Kampuchea), and Indonesia were collected into a richly illustrated book entitled Utomlantz, published in 2015. She also released three autobiographical short-story collections. Mamma och mej, from 2005, told of her tumultuous childhood and her relationship with her mother. The remaining two collections, Livstycken och Zinkaduser, from 2007, and Kråksparv from 2015, combine her both lighthearted and gloomy accounts of the impact that her family, her friends, art, travelling, and politics had on her life.

Inga Lantz was a member of the photographers’ trade union Svenska Fotografers Förbund (SFF), for which she also served as a well-liked chair at meetings. She was also a member of the artists’ collective called Mariamålarna and during the last 20 years of her life she exhibited her paintings and photographs at Konsthallen gallery in Gamla Stan (Stockholm Old Town). 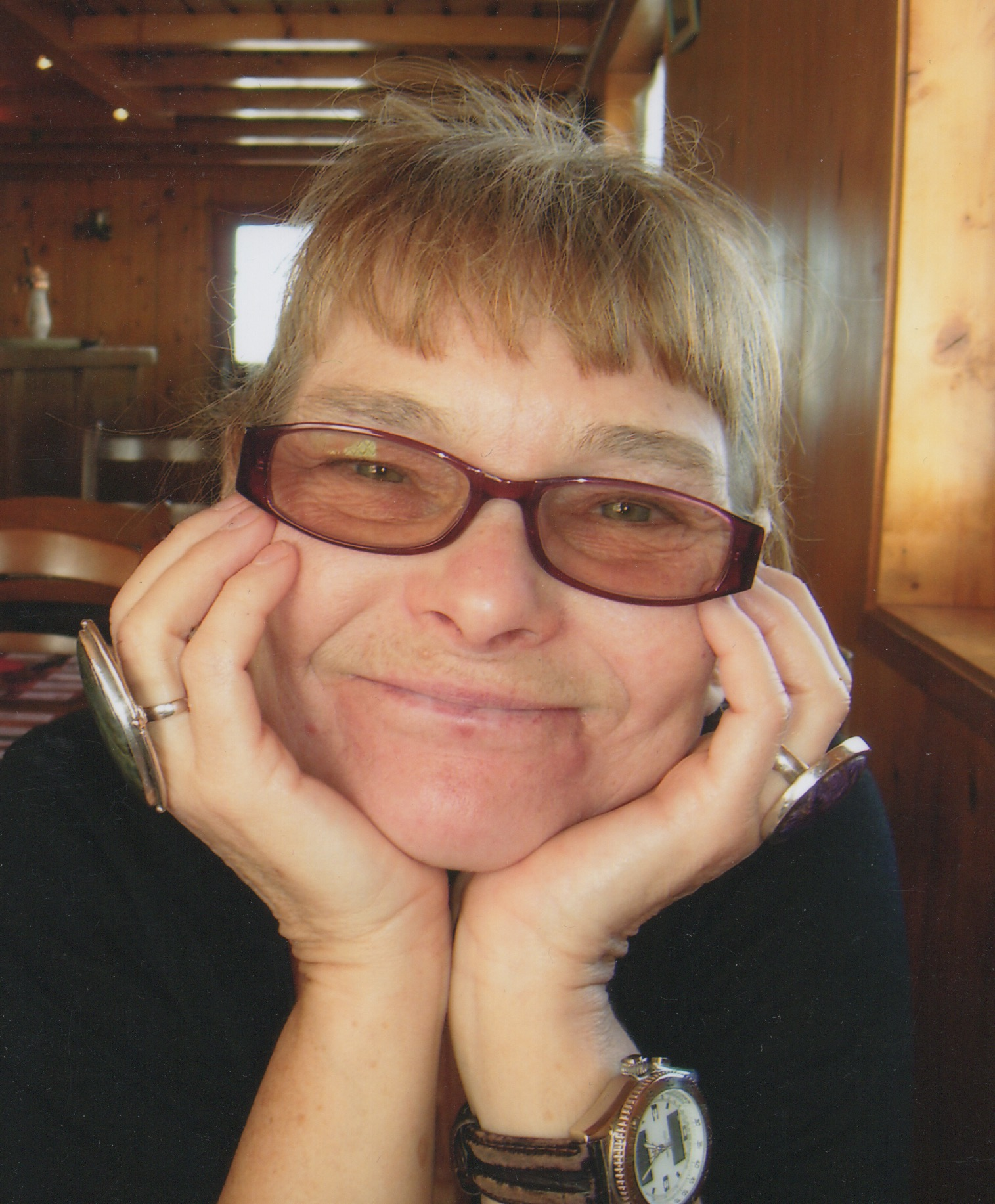