Inga Tidblad was one of the most prominent and celebrated Swedish actors of the 1900s. She became famous for her film roles but was primarily known for her simultaneously strong yet fragile, psychologically empathic, and technically refined portrayals on the stage.

Inga Tidblad was born in 1901. She was the daughter of Helga Karolina Krumlinde and Otto Konstantin, an engineer. She performed in amateur theatrical productions whilst at school. She gained her school-leaving certificate from the Whitlock coeducational school in Stockholm – which had initially been a girls’ school, founded in 1878 by Anna Whitlock and others including Ellen Key, offering a reformed curriculum.

When Inga Tidblad was 18 years old she applied to the three-year course offered at the Dramaten theatre school. She was considered to be too young then, but was accepted the following year. Whilst still a student she had an early breakthrough with the public when she portrayed Ariel in Shakespeare’s The Tempest, directed by Olof Molander. Her Shakespearean roles would come to form the mainstay of her artistry, along with her performances of Strindberg plays as well as those by younger American dramatists, such as Eugene O’Neill and Tennessee Williams. She worked with the most influential directors and actors within Swedish theatre.

Once she had gained her acting qualifications in 1922 she was able to undertake a three-month study tour of Germany, France and Great Britain through the support of an Anders de Wahl stipend. From 1922–1925 Inga Tidblad was employed by Svenska teatern in Stockholm, during which period she made her definitive breakthrough performing opposite Gösta Ekman in Paul Reynold’s Graven under triumfbågen. Svenska teatern burnt to the ground in 1925 and Inga Tidblad then spent a brief period at Gösta Ekman’s Vasateater before she gaining employment at the Brunius-Ekman stage at Oscarsteatern, from 1926–1931. In 1932 she transferred to Dramaten, her main place of work throughout the rest of her professional life.

Inga Tidblad performed in her first film in 1921 whilst she was still a student at the Dramaten school and she got a part in a short entitled En hjulsaga. Whilst an employee at Oscarsteatern she also appeared in Paramount Pictures’ films recorded in Paris, such as Längtan till havet in 1931, an adaptation of Marcel Pagnol’s play Marius. She would carry on alternating theatrical- and film roles and ended up appearing in 29 films, including Gustaf Molander’s 1936 film Intermezzo, Det brinner en eld, from 1943, the 1951 film Frånskild with a manuscript by Herbert Grevenius and Ingmar Bergman, as well as in Hampe Faustman’s 1953 film Kvinnohuset with a manuscript by Ulla Isaksson, in which Eva Dahlbeck, Annalisa Ericson and Ulla Sjöblom also appeared. Inga Tidblad’s final film performance was in Gangsterfilmen, released in 1974.

Inga Tidblad’s stage roles tended to be associated with lightness and genuineness, thorough and original role-analysis, psychologically penetrating portrayals, and an ever refined technique as the years went by. Following several much-noted appearances playing minor roles opposite already well-known colleagues she soon got bigger parts which she breathed new life into through her portrayals. She displayed presence, sensitivity, strength and vividness in a series of Shakespearean roles, including Juliet in Romeo and Juliet, Rosalind in As You Like It, Beatrice in Much Ado about Nothing, Portia in The Merchant of Venice, and Cleopatra in Antony and Cleopatra. She seemed equally at home in comedic, spiritual, elegantly controlled roles (such as Célimène in Molière’s Misantropen and Lady Teazle in Sheridan’s Skandalskolan) as she was in dark, complex roles (such as Fru Stordal in Helge Krog’s dramatization of Cora Sandel’s Kranes konditori and Therèse in Jean Anouilh’s En vildfågel).

Retrospectively Inga Tidblad has primarily become associated with her mature and contradictory portrayals which are considered to be highpoints of the psychological/realistic tradition which dominated Swedish theatre during the 1900s. Her distinctive voice – “slightly high-pitched, toneless, and nasal”, as Per Erik Wahlund put it in the book Ridåfall – and her paradoxical mix of fragility and strength – described by Birgit Tengroth in her 1952 book Livs levande as an extraordinary mixture of fear and magnificence – rendered a cynicism to Tennessee Williams’ doomed, unrealistic, chaste, and confrontational Blanche du Bois in Olof Molander’s 1949 production of the play at the Dramaten theatre. That year Inga Tidblad also portrayed the aristocratic, refined Strindberg character of Julie in Alf Sjöberg’s production of Fröken Julie, also at the Dramaten theatre.

Bengt Ekerot’s production of Eugene O’Neill’s Lång dags färd mot natt received particular attention and historical importance due to the play having its world premiere in 1956 at the Swedish national theatre. The play left a lasting impression on both critics and the public and on future generations of actors and playwrights. The poisonous family drama featured Inga Tidblad in the role of the mother, Mary Tyrone, opposite Lars Hanson in the part of the patriarch, James Tyrone, whilst the roles of the sons James Jr and Edmund were portrayed by Ulf Palme and Jarl Kulle, respectively.

Birgit Tengroth described Inga Tidblad as “like a butterfly amongst potato-sacks, flighty and frightening like a cloud casting a shadow across a newly-cut lawn, as intangible as a Nordic summer’s day”. As Nils Beyer stated in his book Skådespelare, Inga Tidblad was an evasive creature and an actor who did not rely on well-practised routine and standard expressions. She had a clear talent for empathy, was driven by the wish to portray a depth of feeling, and simultaneously an enhanced expression which future generations of actors would both imitate and react against.

Inga Tidblad’s final role performed at the Dramaten theatre was a portrayal of Helene Alving in Henrik Ibsen’s Gengångare, directed by Stig Torsslow, which had its premiere in 1969.

Inga Tidblad died in Stockholm in 1975. She is buried at the Norra cemetery in Solna. 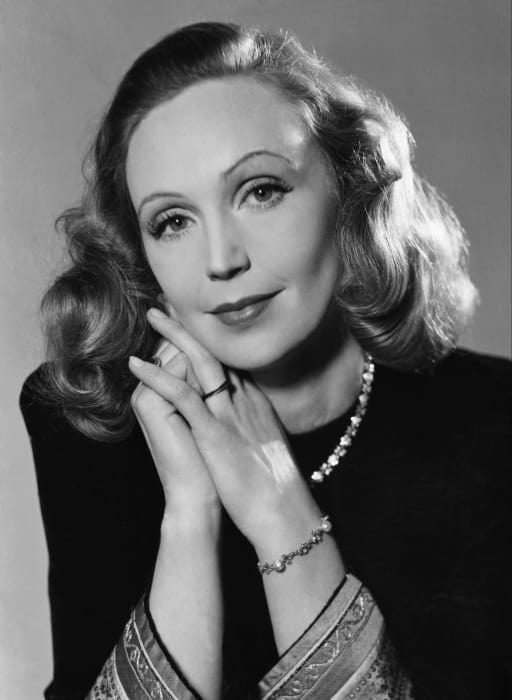