Py Sörman was an author who sometimes published under the male pseudonym of Inge Forss.

Py Sörman’s actual Christian names were Ingrid Amalia. She was born at Värö parsonage farm in Halland in 1897. Her parents were Johannes Söhrman, a rural dean, and Sigrid Heüman. Py Sörman attended the Fruntimmersföreningen girls’ school in Gothenburg. She then became a pupil of Sigrid Rudebeck’s high school for girls but broke off her studies there to take up theatre studies in Gothenburg. Upon meeting the actor Nils Lyberg, whom she subsequently married, she then gave up theatre studies as well. The couple married in 1926 and tried to run a theatre in Gothenburg, but their venture failed after just three productions and shortly thereafter Py Sörman’s husband died as a consequence of diabetes. Py Sörman then moved to Hunnestad, Halland after which she moved to Stockholm. There she married a doctor, Gunnar Forsberg, in 1936. A few years before her death in 1947 Py Sörman converted to the Roman Catholic faith.

Py Sörman released her first publication in 1921, a novel called Han which focuses on the conflict between the old-fashioned and new female ideals, as well as the tension between love and artistry. Her early novels are all set within bourgeois environments and written in a marked satirical and ironic tone. Her 1926 novel Särlinge – byn på slätten portrays an environment reminiscent of her own childhood surroundings and this book served as her public breakthrough work. Meanwhile the reviewers termed her 1929 satirical novel Toto to be her breakthrough work amongst literary critics. It tells of a dying person whose body continues to live on, leaving the soul appalled at the superficial manner in which the body leads its life. Py Sörman’s 1931 novel Aloë won third prize in the same major Scandinavian novel competition in which Karin Boye’s work Astarte came second. Aloë was Py Sörman’s top-selling work. Contemporary critics placed it within the fantastical novel genre: it begins with a poet’s death but then allows the dead poet to narrate its posthumous experiences. Py Sörman had an affection for the morbid, the eccentric and the fantastical, as was quickly picked up by contemporary reviewers, albeit also using humour and psychological insight in her narrative prose.

After developing an interest in Roman Catholicism Py Sörman began to write biographies of prominent Catholic figures, including Queen Kristina of Sweden, Vi Christina med Guds nåde, published in 1942. Py Sörman also wrote a large number of short stories and poems. Her written output encompassed light-hearted novels through tragic biographies. In total she wrote nearly 30 novels, the majority of which were published through Albert Bonnier publishers, but nowadays her work is largely overlooked. Kungliga Biblioteket in Stockholm holds the Py Sörman archive amongst its collections.

Py Sörman died in 1947. She is buried at the Catholic cemetery in Stockholm. 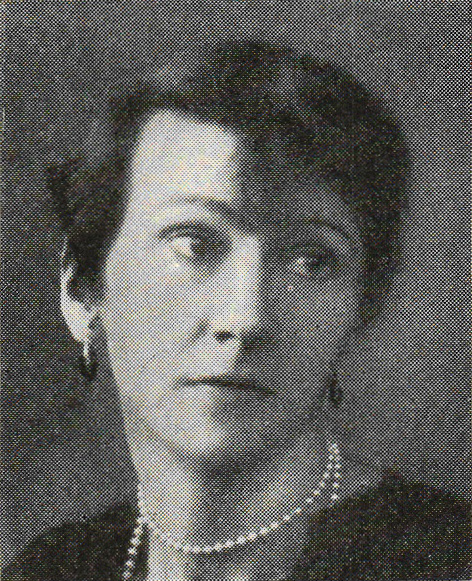