Ingrid Rydbeck-Zuhr was a painter, a writer on art, and editor of the Konstrevy journal from 1932–1952. Her painting primarily comprises landscapes and portraits.

Ingrid Rydbeck-Zuhr was born in 1905. She was the second eldest of seven siblings and her parents were Oscar Rydbeck, a banker, and his wife Signe née Olsson. She grew up in Djursholm where she attended Djursholm coeducational school, matriculating there in 1923 having completed the classical line of education. Her parents were heavily interested in culture and enjoyed an extensive network of contacts within the music, literary, and art spheres. In 1918 her maternal uncle, Gösta Olson, set up the art gallery Svensk-franska konstgalleriet which became an important supplier of French art from the 1800s and 1900s to Sweden as well as a meeting place for young Swedish artists. The artists Otte Sköld and Hilding Linnqvist figured amongst the family’s closest friends.

After leaving school Ingrid Rydbeck-Zuhr wanted to continue her studies in order to become an independent professional. Her parents, however, had other plans for her and instead sent her off to a finishing school called Le Lierre which lay outside Paris. There she was instructed in art, music, literature, and dancing as preparation for her future role as the wife and cultivated hostess of a well-to-do home. The school’s instructors were all members of the Swedish upperclass and benefited from good connections to French cultural spheres. One of these, who came to be especially important to Ingrid Rydbeck-Zuhr, was Dorothy Swainson, a pianist who was her music instructor. Through Swainson Ingrid Rydbeck-Zuhr was able to attend concerts and opera performances by the leading musicians of the day. With encouragement from Otte Sköld who lived in Paris, she began to take lessons in drawing and painting at the school. Sköld recognised her talent and encouraged her artistic aspirations and became her mentor. He would take her to museums and galleries at the weekends in order to give her exposure to art. Through him Ingrid Rydbeck-Zuhr also came to know all the members of the Scandinavian artists’ colony living in Paris at the time.

The year Ingrid Rydbeck-Zuhr spent at the Le Lierre finishing school was an important one – but perhaps not quite in the way that her parents had hoped. They accepted her artistic talent and had a studio prepared for her in a shed in the garden at home. However, they also made it clear that they would not accept her turning it into a profession. She was expected to engage with household duties and to attend to her younger siblings’ schooling. Nevertheless, through Otte Sköld’s intervention during the 1924–1925 autumn and winter term Ingrid Rydbeck-Zuhr gained a place at Carl Wilhelmson’s school of painting in Stockholm, where she primarily drew from models. She also, for a time, received private tuition from Hilding Linnqvist. Otte Sköld was able to convince Ingrid Rydbeck-Zuhr’s father to rent a studio in Paris which allowed her to return to the French capital and paint. During the autumn of 1926 and the spring of 1927 she attended the newly-established Académie Scandinave, Maison Watteau, school of art where she received instruction from the Norwegian painter Per Krohg and from Sköld himself. In the summer of 1927, during a painting visit to Collioure in southern France, Ingrid Rydbeck-Zuhr met the painter and sculptor Jean Matisse, who was the son of Henri Matisse. They became engaged and thus Ingrid Rydbeck-Zuhr was introduced to the renowned French family of artists. Her own parents, however, refused to accept the relationship. She was forced to return home to Sweden and the letters her fiancé sent her never reached their intended recipient.

During the ensuing years Ingrid Rydbeck-Zuhr spent time as a student at Otte Sköld’s newly-opened school of painting in Stockholm, shared studio space with her sculptor friend Britta Nehrman, and also went on study and painting trips to places including Egypt, France, and Mallorca. In 1931 she held a solo exhibition at Svensk-franska konstgalleriet. Through older fellow artists Vera Nilsson and Mollie Faustman, for a time she was a member of a group of female artists who met every week at the Royal Swedish Academy of Fine Arts where they all did life drawing sessions.

The Kreuger financial crash of the spring of 1932 changed things for Ingrid Rydbeck-Zuhr’s family overnight. Her father, who was Ivar Kreuger’s banker, fell under the spotlight following Kreuger’s suicide and was made to take part of the blame for the late Kreuger’s business irregularities. Her father lost his standing in the banking world and many of his friends turned against him. This led to his own personal bankruptcy, the family moving away from Djursholm, and his eventual condemnation to 10 months’ imprisonment for tax irregularities.

Ingrid Rydbeck-Zuhr, who was close to her father, found these events difficult to handle and devoted a lot of her energy to helping her parents. Svensk-franska konstgalleriet also suffered financial problems and she also lent them her support, in part by holding an exhibition of work by Siri Derkert. The Konstrevy journal, which had been published since 1925, experienced significant economic difficulties and Ingrid Rydbeck-Zuhr’s maternal uncle asked her to take over the running of the journal. Thus in the autumn of 1932, only 27 years old, she became the journal editor, remaining in post until 1952. The journal quickly became connected to Åhlén & Åkerlund publishers. Ingrid Rydbeck-Zuhr often had to undertake all the editor’s roles by herself: she commissioned writers, wrote her own articles, was responsible for the layout, connected with the printers, and travelled around in an effort to distribute the journal through bookshops and at art galleries. She therefore had little time for her own painting except for in the evenings. She was also an active member of several women’s organisations. For example, from 1935 she led the art circle within the professional women’s club Yrkeskvinnors klubb in Stockholm.

When Ingrid Rydbeck-Zuhr took on the Konstrevy journal it was practically serving as an advertiser for Svensk-franska konstgalleriet, however she rapidly transformed it into a high-quality art journal. Indeed, during her time at the helm the journal was the only one of its kind in Sweden. The aim was to provide a broad view of Swedish and international art life, where the latter focused particularly on France. It wasn’t long before this view expanded to include the other Scandinavian countries and soon the journal was sold in Denmark, Norway and Finland. The many well-known Scandinavian art reviewers, artists, and authors who contributed to Konstrevy included, for example, Erik Blomberg, Otto G. Carlsund, Gunnar Ekelöf, Greta Knutson-Tzara, Knut B. Jaensson, Otto Gelsted, Alf Rolfsen, and Sigrid Schaumann. The journal also received contributions from Paris from the likes of Siri Rathsman, Tristan Tzara, and Marguerite and Georges Duthuit. Ingrid Rybeck-Zuhr was able, thanks to her extensive network of contacts within both Scandinavia and France, to obtain interviews with famous artists herself. Her interview in 1937 with the French painter Pierre Bonnard generated a lot of attention given that the painter was known to be a very reclusive individual. Ingrid Rydbeck-Zuhr had been able to convince him to speak to her through her earlier connection with the Matisse family. That year she also met Pablo Picasso at his studio, where he showed her his newly-completed painting entitled Guernica. In 1947 she interviewed the French painter and sculptor Georges Braque and in 1952 the Swiss sculptor Alberto Giacometti. Indeed that same year the French sculptor Henri Laurens produced an original piece of artwork for the Konstrevy cover.

In 1941 Ingrid Rydbeck-Zuhr married the artist Hugo Zuhr. The couple had three children together. Her husband, who was primarily a landscape painter and suffered from a nervous disposition, often disappeared on painting trips, either up to the north of Sweden or to southern Europe, meaning he was often absent for months at a time. It became a wearing effort for Ingrid Rydbeck-Zuhr to support him in his creative activities whilst also running Konstrevy and managing the family home and rearing three children. So, in 1952 she opted to give up her role as journal editor and devote herself completely to her family. Her husband was keen for her to accompany him on his painting trips and during the 1950s they travelled to Greece and France together. In 1963 they purchased a house in Vik in Österlen where they created a studio. Despite this Ingrid Rydbeck-Zuhr’s own artistic output from this time is meagre; her husband found it difficult to accept that she too was a painter.

Following her husband’s death in 1971 Ingrid Rydbeck-Zuhr returned to painting with serious intent. As part of this lifestyle change she made several visits to a small weaving-village in southern Mexico where she stayed in the home of a local family and gained painting motifs from their everyday lives. She held several exhibitions throughout the 1970s, mainly at Galleri Färg och Form in Stockholm.

After a car accident in the early 1980s Ingrid Rydbeck-Zuhr was forced to give up painting. During the first half of the 1980s she then instead started a series of much-loved radio programmes for Sveriges Radio, in conjunction with the art critic Ulf Linde, in which she recounted her memories of her experiences with the art world. These were followed up in the early 1990s by a series called Tonträff in which she, along with her cousin Anna-Lisa Olson who was a long-standing presenter on Sveriges Radio, discussed her memories from the music world, including those from her time in Paris during the 1920s, and played music. In 1995 Ulf Linde set up the Hommage à Ingrid Rydbeck-Zuhr exhibition held at Thielska galleriet in an effort to raise awareness of her contributions to Sweden’s artistic development.

For most of the 1980s and the 1990s Ingrid Rydbeck-Zuhr was, however, focused on her writing. First she released her biography of her husband, entitled Hugo Zuhr: ett liv i skapande oro, in 1988. Her success with the radio programmes also inspired her to write her own memoires. During her final years working with Konstrevy, when Gerhard Bonnier had been her boss, he had suggested that her father write his memoires for Bonniers, partly so that he could present his version of the Kreuger crash. In the end this never happened and her father died in 1951. When Ingrid Rydbeck-Zuhr began to write her own memoires, however, her father and his experiences were given a lot of attention. The first part, Barn av min tid was published by Bonniers in 1992. This book describes her childhood and her life up to the time of the Kreuger crash in 1932 and also talks of her family history. Her second volume, although completed, was never published. It covers the 1933–1955 period of her life and describes in detail the consequences of the Kreuger crash for her father and her whole family, as well as her job at Konstrevy and her experiences and connections within the Swedish and international art worlds.

Ingrid Rydbeck-Zuhr died in Stockholm in 2001, aged 96. Her remains lie at Djursholmen cemetery. 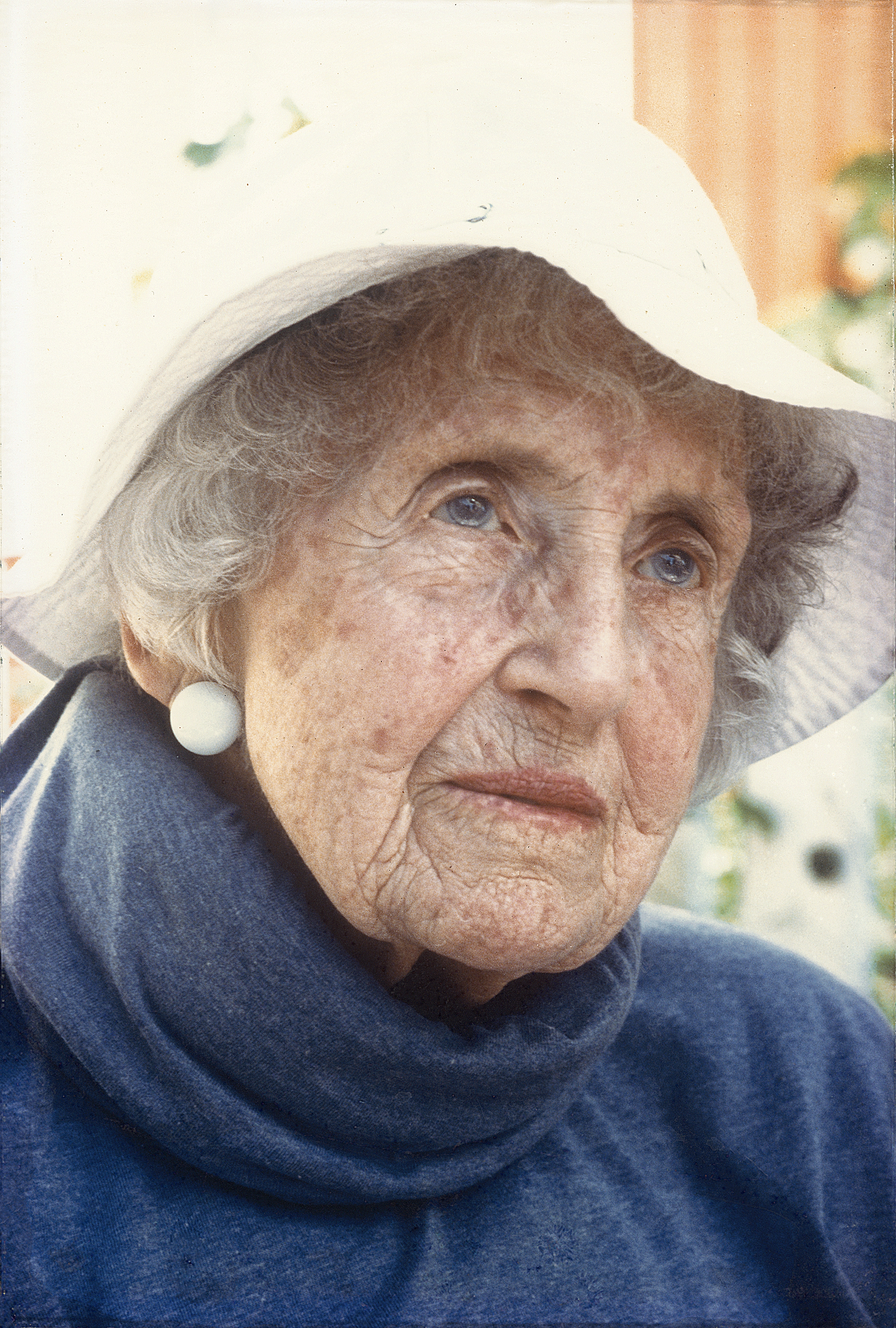