Ingrid af Ström was a journalist with great influence over the development of Swedish fashion journalism. She was also a fashion consultant, designer and artist.

Ingrid af Ström was born in Stockholm in 1904. Her mother was known as Asta, though her real name was Augusta Hägg, née Nilsson-Kåge. Her mother was a board member of the women’s association Svenska kvinnors medborgarförbund since its founding in 1922 and she was also a board member for several years of Fredrika-Bremer-Förbundet. Her father, Gustaf Hägg, had been the director of the Karlskrona hat factory since 1913. He had also worked at Fors ullspinneri and Rydboholms aktiebolag. There were three other daughters in the family: Anna Stina, Elsa and Gertrud.

At the age of twelve, Ingrid af Ström contracted polio, which left her with permanent impairments. She attended the Sofie Almquist co-educational school until 1921. The same year, she started studying at Tekniska högskolan in Stockholm (currently Kungliga Tekniska högskolan) until 1923. The subsequent years were spent on a number of artistic courses. In 1924 and 1925 she was a student at Edward Berggren’s and Gottfrid Larsson’s school of painting in Stockholm. She also studied art and languages at Stockholm University. Ingrid af Ström was well travelled and studied art and art history in France and Italy between 1923 and 1927. Among other things, she learned miniature painting on ivory in Paris. Between 1927 and 1931, Ingrid af Ström was married to the artist Nils af Ström and they travelled together to Italy to study.

As an artist, she preferred painting portraits and pictures of nature and cities, either drawing or painting in water colours and oils. She also worked with textiles. In 1930, she participated in the Stockholm Exhibition and in 1931 in Sweden’s general art association’s spring exhibition at the Liljevalchs konsthall. Her works were included in the Swedish artists’ association’s exhibition in Gävle as well as in the exhibition Unga tecknare at Nationalmuseum. She was a member of the Swedish women’s art association Föreningen Svenska Konstnärinnor.

Ingrid af Ström worked at the Swedish portrait archive at Nationalmuseum in 1931 and 1932. Thereafter, she was appointed to the weekly magazine Idun for which she regularly reported on the latest fashion news among other things. She later became the editor of the fashion and home needlework section of the magazine. She was also an advisor in matters of etiquette. From 1957 she was a member of the board. As a colleague at Idun, her name was often seen in advertising for the magazine that promoted her qualifications in the field of fashion. In her work as a fashion journalist, she often travelled to Paris to keep herself and Idun’s readers up to date on the latest fashions. In Paris, she visited the great fashion houses of Dior, Balenciaga and Chanel. Even though she raved over haute couture, she reported just as much on the ready-made clothing fashions, not least the Swedish ones, to satisfy a broad circle of readers. Ingrid af Ström was well known and her name was often seen in the press in reports from various fashion and art events.

Apart from her work as a journalist , she led fashion shows and participated as a fashion expert on TV and in radio programmes. She held courses in fashion drawing at Anders Beckman’s Reklamateljé and school (now Beckmans designhögskola) and she authored and ran a correspondence course in fashion illustration along with Göta Trägårdh. During the exhibition Svenska modejournalister at Nordiska museet in 1945, she worked as a guide. Ingrid af Ström was also well known for her handwork and was called a renewer of home embroidery in 1972 in Svenska Dagbladet. In a TV programme, she demonstrated her sewing arts.

In 1956–1957, Ingrid af Ström worked as a fashion consultant and designer at the Swedish ready-made clothing company Junex in Huskvarna. From 1960 she sat on the board of the Stockholm Zonta club that worked for women’s rights. She was an active member of the Publicistklubben. Ingrid af Ström died in 1982 at 77 years of age and her grave is at Norra begravningsplatsen (the Northern Cemetery) in Solna. 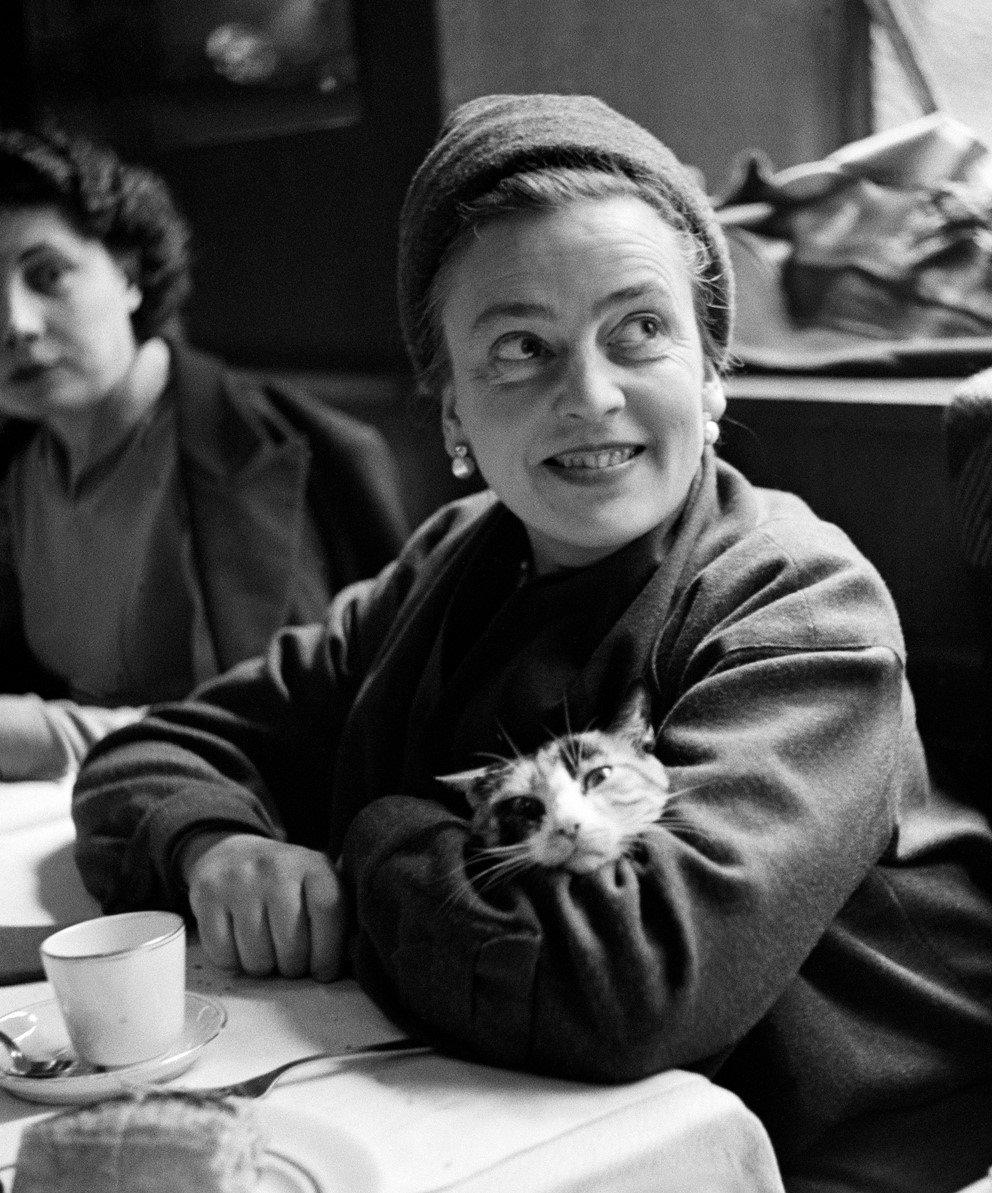