Janken Wiel-Hansen was a sportswoman and a pioneer of fencing. She was the initiative-taker to starting the Stockholm women’s fencing club and known as the Stockholm d’Artagnan.

Janken Wiel-Hansen was born in 1868 in Norwegian Fredrikshald, now Halden, on the border to Sweden. As a border town with industries and trading, there existed many international contacts there. Her father, Wilhelm Hansen, belonged to one of the town’s wealthy patrician families. They were ship-owners and traded in timber products. He was educated as a forestry superintendent in Aschaffenburg in Bavaria. There he met Juliane Catharina Josepha (Julie) Steigerwald. They married and moved to Fredrikshald, and apart from Janken Wiel-Hansen they had two children, Anni and Wilhelm. During their years with small children, the family moved several times between Norway and Sweden and finally settled down in Stockholm where Wilhelm Hansen died.

Janken Wiel-Hansen is said to have inherited her sports interest from her father. Apart from fencing, she devoted herself to cycling, gymnastics, riding, rowing, sailing, skiing and ice-skating. At the beginning of the 1900s, Janken Wiel-Hansen was introduced to fencing, that she considered to be the ultimate sport for women. She took her first fencing lessons in 1903. The summers of 1904 and 1905 she spent on fencing studies in England and France. In 1906, she took part in the international fencing competitions in Tourcoing and became an international master, which made an impression in the press back at home. In 1905, she took the initiative to the formation of the Stockholm women’s fencing club, of which she was one of the leaders for the rest of her life. Along with two men, she was awarded the Swedish fencing association’s highest distinction in 1929, an honorary shield in gold.

Janken Wiel-Hansen’s strong argumentation for the advantages of fencing and not least her great successes in that sport contributed to the sport’s awakening acceptance as being suitable for women. This was since it rewards grace and calm and was considered by audiences to be of aesthetic value. At the same time, the press and the male fencing clubs adopted a pose of ridiculing women’s fencing.

Apart from fencing, social activities were important in the Stockholm women’s fencing club. Reception rooms and lounges were furnished adjacent to the fencing premises. Tea parties, soirées and theatre performances were included in the work of the association. Professional women and housewives met there for recreation. Several of the members came from the upper classes in society. Crown Princess Margareta, who was very interested in sports, was an honorary member.

Janken Wiel-Hansen liked being in the limelight and was often a performer in not only the fencing club’s productions but also theatre performances at Sällskapet Nya Idun. In the photo albums that she has left behind her, there are photos of her when she poses as a fencer, as Napoleon and as a Bavarian youth in Tyrolean costume with a pipe in the corner of her mouth. Common to all these theatre shows were that they were written by Janken Wiel-Hansen’s close friend Ida von Plomgren, who was also a successful fencer. Ida von Plomgren was active in and employed by the Fredrika-Bremer-Förbundet as well. Janken Wiel-Hansen socialised in the circles around this association too.

Alongside her sporting life, Janken Wiel-Hansen worked for 25 years as a clerk responsible for cash sales at P A Norstedt & Söners förlag. She was one of the first women to work at this publishing company. Both her younger siblings were also employed there. Her sister Anni Wiel-Hansen was there until her death in the so-called Helgeand catastrophe in 1896. On her way home from work, Anni Wiel-Hansen was injured in an unsuccessful dynamiting during the building of the houses of parliament, and she died.

Serious rheumatism caused Janken Wiel-Hansen to retire from working life when she had only just turned 40. Her involvement in the fencing club continued despite this. During good periods, she was able to fence, and she continued to instruct, though sometimes she had to do that in a wheelchair.

Janken Wiel-Hansen was a person who attracted attention on the streets of Stockholm. Carl Milles portrayed her with the sculpture Skrattet (The Laugh), that is shown at Millesgården on Lidingö. She also attracted attention figure-skating on the ice around the city in the winter. Sports helped Janken Wiel-Hansen to find her own style. Her energetic cycling made her dress in a sports skirt and blouse. In the first year of the 1900s, her “head with its short, masculine hair” awoke many comments. Janken Wiel-Hansen’s ideal style developed into a practical grey walking suit that she had sewn according to the same model year after year. For parties, she had a black suit or men’s jacket with a long skirt.

Janken Wiel-Hansen kept her style and dress until her death in 1938. She is buried in the Northern Cemetery in Solna. 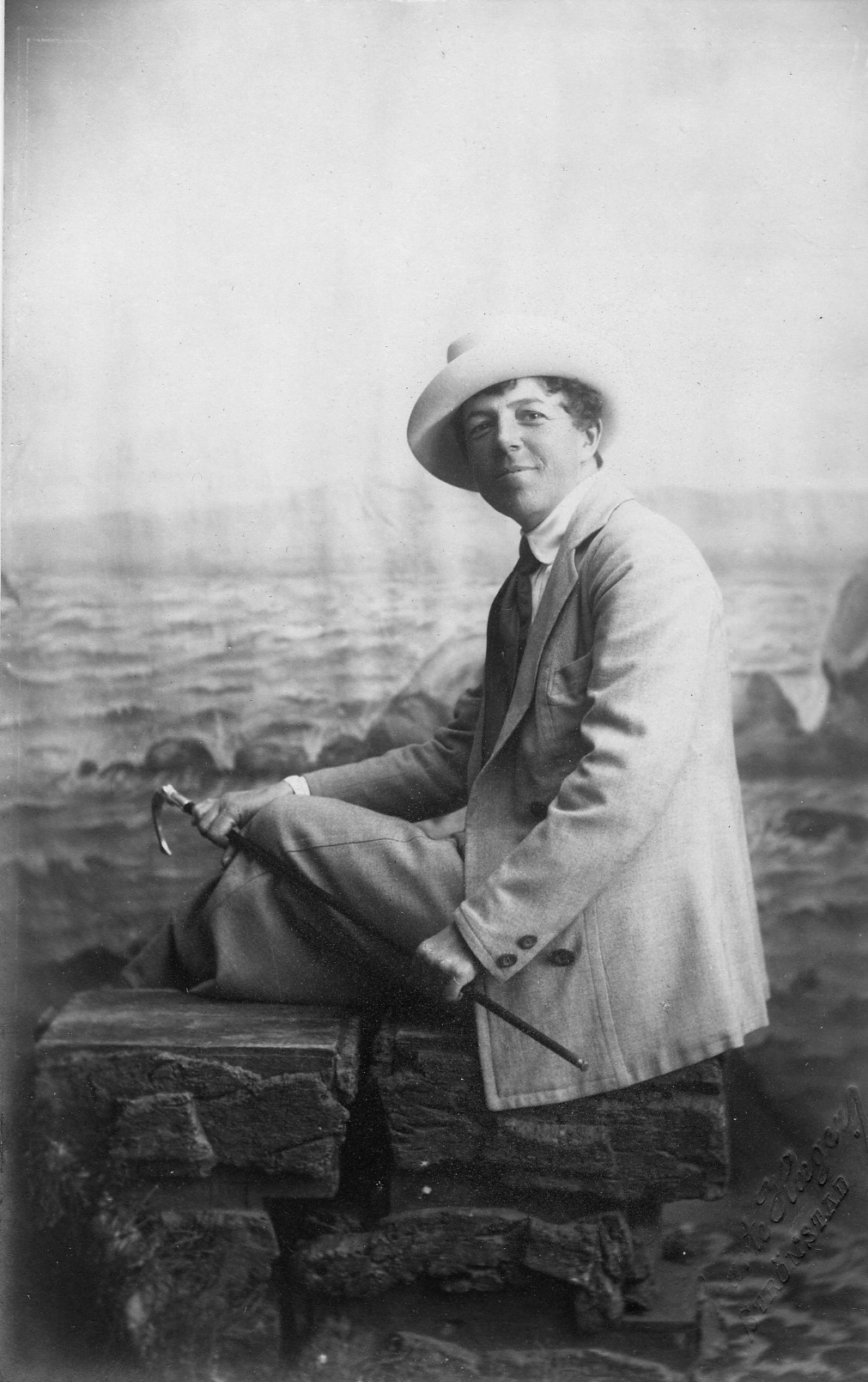