Jeanette Granberg’s relatively short life was spent working as a playwright and translator at the Mindre theatre in Stockholm, to which she was a major contributor.

Jeanette Granberg was born in 1825. She was one of five daughters. Her father was the playwright Per Adolf Granberg. Her mother was Jeanetta Vilhelmina Hedmansson. The family home in Stockholm was a literary one in which all the girls received an intellectual education. It was also expected of them that they would learn to sew, weave, and even make their own shoes. The family also enjoyed a vibrant social life which provided opportunities for cultural conversations.

Jeanette Granberg was 22 years old when she made her public debut as a playwright. This was done anonymously through a so-called ‘tendens’ (a play with a purpose) play in one act, entitled Filantropen. It was performed at the Djurgård theatre in 1847. Jeanette Granberg married the actor and theatre director Edvard Stjernström in 1854. Following her marriage she worked as a writer at the Mindre theatre. She also advised her husband and served as his representative when he was away travelling, and made suggestions as to the staging of plays at the theatre. When Jeanette Granberg got married her elder sister Louise Granberg came to live with her and her new husband and, due to Jeanette’s poor health, served as the family housekeeper. Louise Granberg also came to work with Jeanette in her writing and theatrical advising at the Mindre theatre. The two sisters contributed to both Edvard Stjernström’s and the theatre’s success. The theatre really reflected the combined efforts of all three of them.

The two sisters also co-authored plays together, including Tidens strid eller det bästa kapitaliet: skådespel i tre akter och fyra tablåer, from 1850, for which they used the names of Georges Malméen (Jeanette) and Carl Blink (Louise). It is sometimes hard to distinguish which of their plays the sisters authored individually and which they worked on together. Läsarepresten, also from 1850, a parody of the abstinence preacher Peter Wieselgren has been accredited to Jeanette Granberg and became a public success at the Mindre theatre. She wrote the play using the pseudonym NEJ och två gånger NEJ (NO and twice NO). Another play she wrote was Tidningsskrifvaren, from 1851, as well as Ett blad ur Samhällslifvets mysterier also from 1851. These two were both ‘tendens’ plays with social messages. She also wrote Fyra dagar af konung Gustaf III:s lefnad, which was an historical portrayal in four acts. Her other favourite genre was fairy-tale plays, make-believe plays, and she translated and edited one of the biggest public successes at Mindre theatre which entailed 163 performances following its premiere. This was the 1855 folklore comedy Den ondes besegrare which included songs and supernatural elements. The original was French but her translation was done using a Danish version. Urdur eller Necken from 1851, is a freestyle reworking of a Danish play about a water nymph which plays out across various locations in Stockholm. Jeanette Granberg also wrote the text to Hermann Johann Beren’s opera Violetta from 1855.

Jeanette Granberg was politically active and sympathetic toward the active liberals at the time of the outbreak of the Crimean War. She pushed through the translation of Les Cosques by F.A. Aranult, which had been hugely successful in France. She believed that its dramatic failings notwithstanding it could still serve to build opinions. Following intervention by the censor who changed the title to the more vague Fransmän och ryssar (The French and the Russians) the play was not performed until 1854. At that point the Russian threat to Sweden had receded and given this lack of relevance the play, unlike most of her other translated plays, was not a success.

In 1855 Jeanette Granberg travelled to Paris with her husband and her sister. By the following year the new plays they had heard about at the city’s theatres could already be seen in Swedish translations and reworkings at the Mindre theatre, including Klädeshandlaren och hans måg. The couple were mostly struck by the realism of the Parisian stage productions, which was part and parcel of the modern salon comedies. Jeanette Granberg returned to Paris with her husband the following summer already. As she and her sister both worked as writers at the Mindre theatre they could rapidly translate and rework new foreign plays to be performed there and thus were a step ahead of the other theatres in Stockholm.

From her debut until her untimely death Jeanette Granberg produced 26 translations of plays from French, German, Danish and English either individually or in collaboration with her sister, as well as 16 original plays of her own which were performed at Stockholm theatres – the majority of them at the Mindre theatre. Her name never appeared on the theatre posters.

Jeanette Gransberg died in childbirth in 1857. She was only 32 years old. She is buried at the St Johannes cemetery in Stockholm. 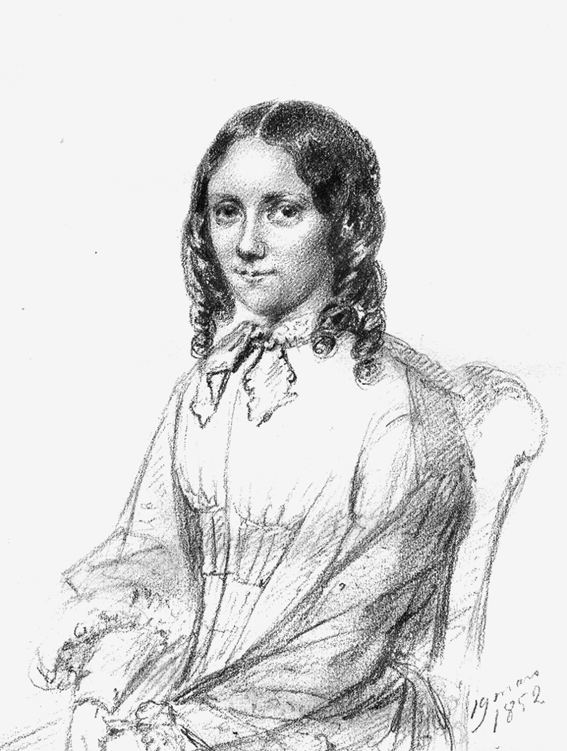