Johanna Peterson can be viewed as Sweden’s first businesswoman. Today she is best known as ‘Handelsman Johanna’ (literally ‘Businessman Johanna’). Her entrepreneurial activities formed an important element in the growth of Ödeshög in Östergötland.

Johanna Peterson was born in Brodderyd, just south of Ödeshög, in 1807. She was the daughter of the lay judge Nils Eriksson and his wife Stina Samuelsdotter. She was second youngest in a family of six children. When she was 17 years old she married Jonas Peterson, a farmhand and later churchwarden, who was 10 years her senior. The settled in Ödeshög, which at that time numbered around 200 inhabitants. Over the ensuing decades Johanna Peterson gave birth to nine children and also cared for four adopted children.

It quickly became clear that Johanna Peterson was not satisfied with just being a housewife. At their Ödeshög farm she opened a shop in the mid-1830s selling all sorts, from herbs to silken cloths and herring. Business was profitable and Johanna Peterson rapidly became a focal figure in the area. She went on business trips to Germany and Denmark in order to acquire goods and her profits from her sales allowed her to purchase several large farms in the area. It was thanks to her that the village of Ödeshög slowly transformed into a small town: this included having the main street cobbled, providing a pharmacy, and instigating market days, amongst other things. Johanna Peterson’s activism on behalf of her local area came to the attention of nearby Hästholmen. There she had a telegraph station erected as well as a harbour, which came to play an important role not just in transporting her own goods but also for other traffic on lake Vättern.

It is said that Johanna Peterson always wore an exclusive black silk dress. She was described as tough and a bit brusque but also as thoughtful and kind towards those who were worse off. Despite amassing a considerable amount of wealth she never became haughty. It is also said that she sometimes stepped in to show the correct use of the plough when she saw that some of her farmhands were not doing their jobs properly. Johanna Peterson’s success came to an abrupt halt following the bank crash of the 1870s. Her wealth vanished and she spent her final years living simply in a small apartment within her daughter’s home. Her entrepreneurial spirit nevertheless remained strong, even running a small shop in her autumn years.

Johanna Peterson died in 1899. She is buried at Ödeshög cemetery. Today the inhabitants of Ödeshög commemorate her life’s work in the annual Johanna market and in the painted mural depicting her shop which is displayed on one of the walls of the buildings on the town square. Every year the Årets Johanna prize is awarded to one prominent woman in the municipality. 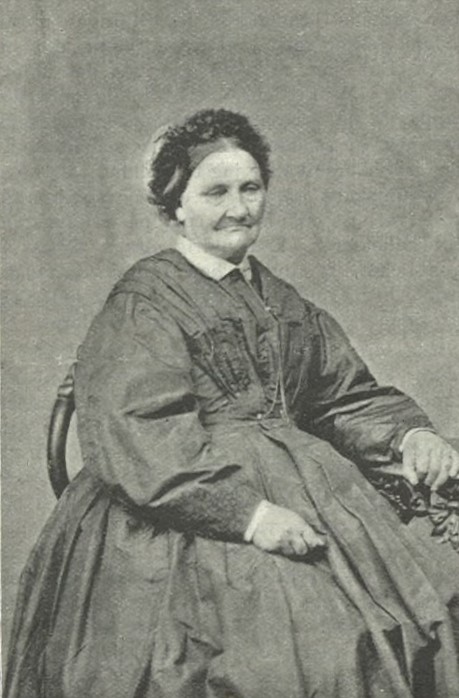