Karin Ahrland was a lawyer, politician, diplomat and activist in the women’s cause.

Karin Ahrland was born in a works setting at Nyby works in Torshälla, where her father was the works manager. She attended school and matriculated in Eskilstuna. She continued her studies at the University of Lund where she took her Bachelor of Laws Degree in 1958.

Karin Ahrland made a name for herself in student circles in Lund and was elected as the first curator of the student association Värmlands nation. Her years in Lund were beneficial to her as a public person to be — she practised giving speeches, made contacts and took care of association business. After service in the district court in Sjöbo, Karin Ahrland applied to the administrative course. She served at the Supreme Administrative Court in Stockholm, was appointed as the first county assessor in Falun and from 1971 in Malmö, where she settled down with her husband Nils and son Andreas.

Early on in her professional life, Karin Ahrland encountered male prejudices about women, which led to her getting involved in the Fredrika-Bremer-Förbundet. She was its chairperson in 1970—1976, and pushed especially for the issue of increased women’s representation in politics. Consequently, she herself entered politics via the Liberal People’s Party (Folkpartiet, now Liberalerna). Liberalism was a natural choice for Karin Ahrland on account of her independent character and her background in the Swedish works environment, the products from which were sent out into the whole world.

Karin Ahrland was beneficial to the liberal Folkpartiet in several different roles. She enjoyed high credibility in the field of gender equality, a collection of issues that contributed to the Folkpartiet profile. She was elected a member of parliament in 1976, at the election that for the first time since the 1930s led to a non-socialist government under the leadership of the Centre politician Thorbjörn Fälldin. Karin Ahrland remained in parliament until after the 1988 election. For slightly longer than a year she was the minister responsible for healthcare, a field that was not at all her speciality. With the experience and sureness that her career in the administration and parliament had given her, however, she soon mastered the necessary issues of the day.

The Committee on Justice was the given place for Karin Ahrland as a lawyer, and she was its chairperson in 1985—1989. She also belonged to the small group of members of parliament who were heard and paid attention to in general public discussion; for several years she wrote columns in the daily newspapers. She was a clear-thinking lawyer and a good writer.

It was partly her general political engagement that led Karin Ahrland to become involved in the Swedish Afghanistan Committee, that had been started after the Soviet invasion of Afghanistan in 1979. She was its chairperson for two sessions. Her great interest in Asia also contributed. She had travelled widely since her youth. She loved telling the story of how as a student at the beginning of the 1950s, she had guided an American couple who had come to Europe to see the countries that America had saved from Hitler. In the 1980s she was made a delegate to the United Nations.

When Karin Ahrland left parliament and was once again asked about a new assignment, the Ministry for Foreign Affairs was the obvious choice. In 1989, Karin Ahrland transferred to the diplomatic service. She was Consul General in Montreal, Canada and Ambassador in Wellington, New Zealand — a post that also included some island kingdoms in the Pacific Ocean.

As the woman pioneer she was, she concluded her assignment by being the introducer of foreign emissaries. All the men before her had worn gold-decorated uniforms. She wore a black caftan with gold embroidery that she had bought in a bazaar somewhere in Asia.

Karin Ahrland’s engagement in liberalism and the women’s cause was further strengthened during the years after her retirement in Illstorp, a village in the southern Swedish province of Skåne. She read, listened, participated in discussions and influenced her party. She travelled for as long as her strength allowed. Kashgar, an ancient oasis city in western China, was one of her last travel goals. Karin Ahrland was also in place in Washington for the presidential election in 2008 that brought Barack Obama to the White House.

However, she also followed the age-old advice to attend to one’s garden. On a former field in Illstorp, Karin Ahrland planted trees, an arboretum on a small scale: an up-to-date, climate-friendly action.

Karin Ahrland died in 2019. She lies buried in the Old Cemetery in Malmö. 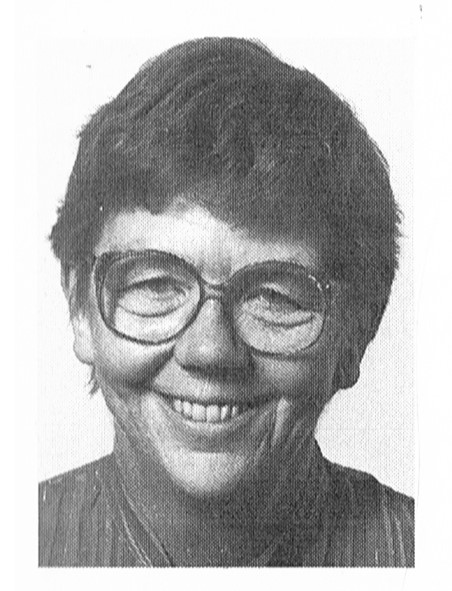