Karin Kock was the first female political economist active in Sweden, the first Swedish woman who became a cabinet member, and chief director of Statistiska centralbyrån (SCB) (Statistics Sweden). She was also a pioneer of the women’s movement.

Karin Kock was born in Stockholm in 1891. Her family belonged to the liberal civil service sphere, and she was the fifth of six children born to Ernst and Anna Kock. Her father worked as chief customs manager. Both of her parents were politically engaged and were heavily influenced by the radicalism of the 1880s and 1890s. Karin Kock attended the Whitlock co-educational school, which had been founded by Anna Whitlock, a pioneer of the women’s movement. Karin Kock graduated from the school’s natural sciences section in 1910.

Karin Kock was interested in mathematics and, following her school graduation, she began to study statistics at Stockholms högskola (college). Her family was not wealthy enough to support her financially and thus she gave up studying in order to take on a job as an assistant statistician at Stockholms stads statistiska kontor (Stockholm city statistics office). In 1915 she returned to her studies, whilst still working, and this time she combined statistics with economics. At that time this was an unusual subject combination for a woman. Karin Kock had married Hugo Lindberg, a lawyer. Their marriage – Karin Kock’s first and Hugo Lindberg’s third – was to all appearances a happy one. The couple shared political and intellectual interests. During the Second World War both of them strongly opposed Nazism.

Karin Kock began her further academic studies in 1918. She defended her thesis on political economics in 1929, and by 1933 she was a docent. In 1945 the government awarded her the title of professor. The field of political economics was a male-dominated discipline throughout most of the 1900s and, following Karin Kock’s appointment, it was not until the 1970s that it became more usual for women to qualify in the subject.

Karin Kock’s academic output was extensive, dating from the publication of her thesis in 1929 and lasting until 1969 when she published her final book International trade policy and the Gatt 1947–1967. Her 1929 thesis, entitled A study of Interest Rates, and Kvinnoarbetet i Sverige, 1938, remain her most important academic works. Her thesis investigated the differences between interest rates in the British, American, and Swedish financial markets and offered a theoretical analysis of the reason behind these differences. Kvinnoarbetet i Sverige, which was written within the framework of the Kvinnoarbetskommittén government enquiry, led by Kerstin Hesselgren and with Alva Myrdal as secretary, was not only a milestone within Swedish women’s- and gender history of the 1900s but was also empirically and theoretically innovative. The enquiry was a contributory factor in Sweden becoming the first European country to prohibit employers from firing women simply for getting married, engaged, or falling pregnant. This was the first government enquiry into the development of the Swedish female labour market. In terms of theory the enquiry was based on a combination of neo-classical labour market analysis and institutional economic theory. Karin Kock’s analysis revealed that the labour markets were horizontally and vertically segregated and that women and men seldom competed for the same job. The then dominant assumption that married women pushed men out of attractive jobs was thus proved erroneous. Although Kvinnoarbetet i Sverige did not generate the interest of Swedish economists during Karin Kock’s professional time in the 1960s it was re-discovered by feminists, and by gender-researchers in the 1980s and 1990s. That is when it became clear that Karin Kock had been ahead of her time. Her theoretical approach in the 1930s was one which became internationally dominant amongst feminist economists from the 1970s onwards.

Karin Kock also served as a leader and expert on a large number of other government enquiries. She was further employed by the government to represent Sweden in international political arenas, including, from 1947–1960, for the UN organisation called Economic Commission for Europe, where she served as chair from 1950–1953.

Towards the mid-1940s Karin Kock gave up the academic sphere in favour of a political and civil-service career. She initially became a senior official and expert at Handelsdepartementet (the department of commerce) and subsequently main director of Statistiska centralbyrån from 1950–1957. At the time she was the first woman to head such a major government agency. Prior to this she had been a cabinet minister in Tage Erlander’s government from 1947–1949. She was initially appointed a consultant minister in 1947 tasked with assisting the government in handling general economic issues and duties which involved structural rationalising. Then, from 1948–1949, she served as finance minister and head of the national finance department.

Karin Kock was a leading figure within the Swedish women’s movement for nearly 30 years. She was a member of the Akademiskt bildade kvinnors förening (AKBF) (academically qualified women’s association) in 1918, and she held leading posts within academic women’s and professional women’s associations throughout her professional life, both in Sweden and internationally. These included serving as chair of AKBF from 1926–1933, chair of Svenska kvinnoföreningarnas samarbetskommitté (Swedish women’s associations collaborative committee) form 1936–1945, vicepresident of the International Federation of University Women 1936–1945, and chair of Yrkeskvinnors samarbetsförbund (professional women’s collaborative association) from 1945–1947.

Karin Kock was an effective and polished writer who can also be described as the first female economic historian in Sweden. For a few years, after gaining her doctorate in 1929, she was prevented from holding positions at Stockholm college. This was why she spent those years working as a freelance researcher whilst also qualifying herself to become a docent. She published four books during the period of 1930–1934: two major popular science books and two histories of companies and banks focused on economic history. Svenskt bankväsen i våra dagar, from 1930, was commissioned by Kooperativa Förbundet (KF) (cooperative association) and was used as a textbook at universities, colleges, schools of commerce, and banking courses. Skånska privatbanken, from 1931, was a commemorative work in honour of the bank’s 100 year jubilee and describes the bank’s founding in an economic and historical context. In Skånska Cementaktiebolaget, from 1932, Karin Kock highlighted not just the organisational and economic development of the major company but also the cement industry’s decline and state of bankruptcy. Sveriges handelsekonomiska läge was published in 1934 as part of the Albert Bonnier company series “Orientering i aktuella ämnen” and described the development of commercial policy between the First World War and the depression of the 1930s. She was also in charge of the major national income project, financed by the Rockefeller Foundation, called National Income of Sweden at Stockholm college in the 1933–1937 period.

There were generally few opportunities for Karin Kock to make use of and express her feminist skills as a political economist and in her roles as a politician and within the civil service. She has however become remembered for signing off on edicts as “Karin Kock” when she was a cabinet minister and refusing to use the double-barrelled name of “Kock-Lindberg” which, as a married woman, was her formal name. During the 1948 government discussion regarding the law prohibiting women from undertaking night-time work in industry and handicrafts she was the only cabinet minister who fought the retention of this law.

Karin Kock’s role as chief director of SCB placed her in an influential position allowing her to have an impact on which statistics were collected and which issues would be resolved using them. At SCB she introduced comprehensive restructuring which was based on reforming the obsolete methods of collecting and evaluating official statistics and creating an organisation for sample testing. One of the new statistical collections she initiated was a special investigation into married women’s paid work, mapping single mother’s income situations, a special focus on women’s professional engagement and an investigation into families and fertility. This was the first time in Swedish history that it became possible to minutely detail, with statistical certainty, what proportion of married women were engaged in paid work, to what degree a family income was dependent on the wife’s job, and how the pattern of fertility varied between women in paid work at different ages and in different income groups, as well as how many women and men were single parents. As chief director for SCB Karin Kock also represented Sweden in the international collaboration introduced by the UN after the Second World War which aimed to coordinate the collection, evaluation, and publication of statistics in order to create a baseline for international comparisons. She was selected to be an ex-officio member of Conference of European Statisticians, an honorary member of Svenska statistiska föreningen (Swedish statistical association), and a member of the American Statistical Organisation.

Karin Kock’s career in many ways has no equal within Sweden of the 1900s. She was an emblem of “the new woman” – these were highly educated, intellectual women who in the late 1800s and early 1900s demanded economic independence, work prospects, and sexual freedom. She made a career for herself within a male-dominated environment which only contained a few women in similar positions. She was unique in her ability to combine a high-profile career and active engagement with the women’s movement. As an active supporter of the women’s movement, a writer, and a polemicist she engaged in most of the major issues which the women’s movement dealt with during the 1920s-1960s: women’s rights to paid work and financial independence, the follow-up to the ‘behörighetslag’ (jurisdiction law), political rights of women, women’s rights to retain their maiden names when married, and the removal of joint tax-assessments. Her last major polemical articles for Dagens Nyheter written in the 1962-1963 period championed the introduction of individual assessment and reflected on the major achievements of the women’s movement since the 1930s.

Karin Kock died in 1976. She lies in the memorial garden at The Woodland Cemetery in Stockholm. 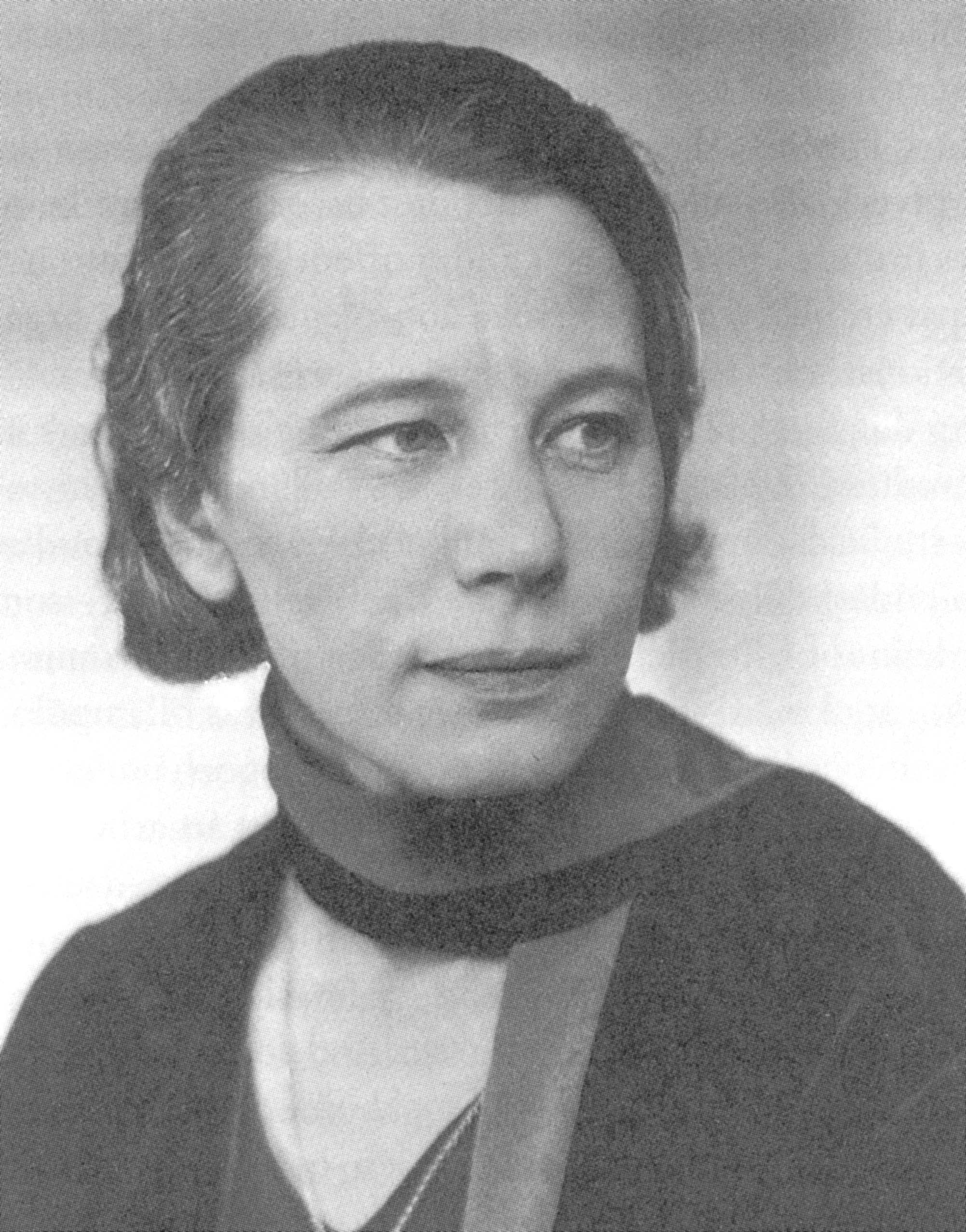