Karin Lindeberg was an early female legal practitioner and lawyer who was professionally active in Sweden.

Karin Lindeberg was born in 1896. She grew up in Karlskrona and Västervik, where she lived with her five siblings and her parents Gottfrid Lindeberg and Ida Sofia Lindeberg, née Adolfsson. Her father was a legal practitioner who worked as a bailiff and a lawyer. When Karin Lindeberg had to decide on her subject for higher education she opted to follow in her father’s footsteps. After gaining her school-leaving certificate at Åhlinska skolan in Stockholm in 1915 she then chose to study law at Uppsala university, where she gained her Bachelor of Laws in 1919.

After gaining her legal degree Karin Lindeberg remained within the legal sphere. From 1919–1920 was engaged in court service at the judges’ offices of the Västra district court in Sävsjö. She then worked as an assistant legal practitioner, initially for a period of just under a year during 1920 at Karl Adolphson’s lawyer’s office in Helsingborg, then at Elisabeth Nilsson’s lawyer’s office in Malmö from 1921–1923. Karin Lindeberg was determined to be a lawyer and in February 1924 she opened her own legal office in Malmö. She remained loyal to that town and to her profession for the rest of her life. Further to her legal practise Karin Lindeberg also frequently wrote for the Kvinnornas tidning journal, on contemporary legal matters. She was also regularly called upon to give talks, including popular science lectures on various legal subjects, such as married women’s legal rights.

Karin Lindeberg was the first female legal practitioner to apply to join the Swedish Bar Association. Her first application in 1923 was rejected on the grounds that she was not considered to have gained adequate practical legal experience. However, on re-applying three years later, in 1926, she was successful. Karin Lindberg was made particularly welcome as a new member of the association and for several years during the 1930s and 1940s she served as a deputy member of the Södra division board of the association.

Karin Lindeberg remained a member of the Swedish Bar Association until 1971. On her retirement she had over half a century’s worth of experience of working as a lawyer under her belt. She never married. Instead she from time to time share a household with her mother and her younger sister.

Karin Lindeberg died in 1989, aged 92. She is buried in the family grave at Nya kyrkogården (the new cemetery) in Västervik. 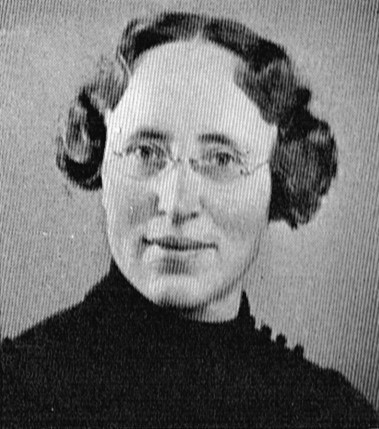