Anna Elisabeth (Lisa) Steier was born on 26 January 1888, the daughter born out of wedlock of Vendla Karlsdotter, a seamstress, and Karl August Hultgren, an apothecary. Her mother had recently moved to Stockholm from the rural province of Småland, and her father later settled down in Nyköping. Lisa Steier started studying ballet at the Kungliga Teatern’s (now Kungliga Operan’s) ballet school in 1895, became a member of the corps de ballet at Kungliga Teatern in 1906 and a soloist in 1908. She rented a studio for herself to have private lessons for the ballet school teacher Gunhild Rosén in order to improve her technique. She also travelled to Copenhagen to take lessons for ballet master Hans Beck. In 1909, she married the Frenchman Léopold Tisseau in Stockholm. He was a lieutenant and a banker.

Lisa Steier was one of the most talented dancers in the corps de ballet and she attracted the attention of the Russian choreographer and dancer Michel Fokin when he was guest choreographer at Kungliga Teatern in 1913—1914. She was promoted to prima ballerina in 1913, and danced solo roles in the ballets Carnaval, Les Sylphides, Svanorna and Cleopatra. One reviewer in the major Swedish daily newspaper Svenska Dagbladet described her solo in Cleopatra as characterised by ”suppleness and grace”. From Fokin she learned a system in dance, inspired by his teachings about the relationship of movement to music. Fokin held up Lisa Steier as a dancer of the highest class.

In 1916, Lisa Steier became a teacher in dance and deportment at the Kungliga Dramatiska Teatern’s school. She also continued her career as a dancer, but after Fokin’s guest appearance, the corps de ballet in general made no improvement and did not develop Fokin’s ideas. Lisa Steier took private lessons for Fokin in his house outside Helsingör however, in order to improve her dance even more. She assisted Fokin when he produced two new ballets for hundreds of dancers at a new guest appearance in Stockholm for a performance at the Stockholm stadium for Children’s Day in 1918. The year after, once again on a visit to Stockholm, Fokin announced that Lisa Steier was the person who should be the ballet master for the Kungliga Teatern’s ballet, to lead its progress by managing and building on what Fokin had taught them. ”She is the best suited”, he said, and pointed to her pedagogical capacity and extraordinarily good knowledge and skills. Another ballet master was however appointed, and Lisa Steier became a teacher at Kungliga Teatern’s school of ballet in 1919. In 1920, she travelled with a small ensemble to Holland for guest performances. The year after, Lisa Steier took lessons for Grassi in Milano. She also continued as a dancer at Kungliga Teatern and was praised for her technical skills and beautiful, expressive role interpretations.

It was the lessons for Michel Fokin that Lisa Steier valued the most. ”The innermost goal and meaning of dance became clear for the first time”, she emphasised in her notes that have been preserved at Dansmuseet in Stockholm. The goal was to dance with one’s soul, with the body as its obedient implement. In 1921, Lisa Steier was appointed the head of the ballet school and thus also gained the opportunity to create choreographies, for example Hur man blir dansös and I skogen. She made an inspiring visit to Paris in 1923 where she visited former colleagues at Les ballets suédois, who were celebrating great triumphs in the French metropolis.

It was not until 1926 that Lisa Steier was entrusted with the assignment of leader and ballet master for Kungliga Teatern’s ballet. She set to work with the motto ”discipline, discipline and even more discipline” and introduced daily hard training for the corps de ballet. She had the opportunity at last to create choreographies, and in only a few years she created six ballets. The two last were Pulcinella and The Firebird in 1927, which followed the stories in Massine’s and Fokin’s original versions, but were clothed in new choreographies. They were the first ballets with music by Stravinsky ever to be danced in Sweden. The colourful costumes were designed by Isaac Grünewald. Lisa Steier was unfortunately unable to complete her work, since just after the premiere she fell ill with tuberculosis. She was dismissed on account of her ill health. During her time at Kungliga Teatern’s ballet, she had also started its private insurance system and was a member of the board.

Anna Elisabeth Lisa Steier died of tuberculosis in Nacka on August 20, 1928. She lies buried in the Northern Cemetery in Solna. 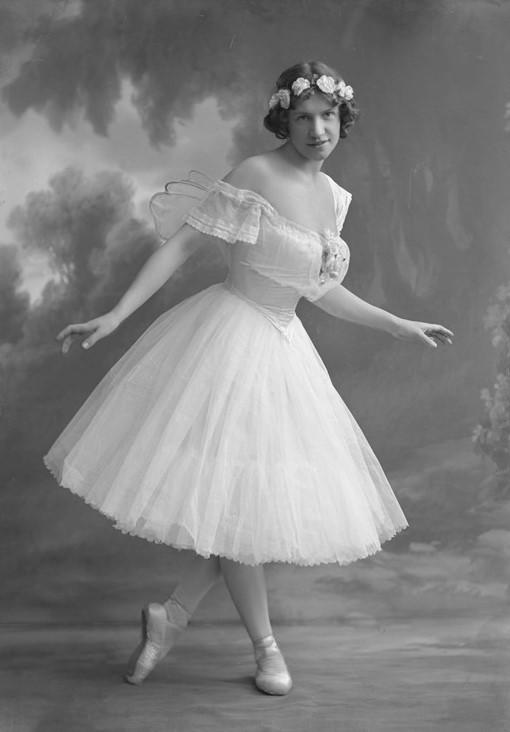