Louise Granberg was an author, a translator, and a theatre director who was in charge of the Nya theatre in Stockholm from 1877–1879.

Louise Granberg was born in 1812. She was one of five girls. Her father was the playwright Per Adolf Granberg, and her mother was Jeanetta Vilhelmina Hedmansson. The family home in Stockholm was a literary one and the girls received an intellectual education. Their parents also allowed their daughters to learn various professions. Louise Granberg sat her apprentice exam in dyeing at the Tekniska högskolan (technical college). She was then paid by the state to travel throughout Sweden to teach the art of home dyeing. She was said to have been a skilled carpenter and wood-turner and embroiderer who was also able to build furniture and make rugs. When her sister, Jeanette Granberg, got married to the theatre director Edvard Stjernström, Louise moved in with them to serve as their housekeeper and secretary. She and her sister also worked as writers at the Mindre theatre in Stockholm which Edvard Stjernström ran until 1863. Seven years after Jeanette’s death during childbirth in 1864, Louise Granberg married her widowed brother-in-law. After Edvard Stjernström’s death in 1877, she carried on living in their apartment, and shared her home with her mother and three unmarried sisters who lived in the apartment one floor down.

Louise Granberg’s journey to becoming a theatre director began after her husband died. She was 65 years old at that point. In February 1877, the day after Edvard Granberg’s burial, she gathered his employees and asked them if they dared entrust her with the role of theatre director and support her in continuing her late husband’s work. The actors unanimously replied in the affirmative. They viewed her as a reliable woman who was well-acquainted with the theatre and “who had quietly carried on with all kinds of theatre work” and “who had faithfully stood by her man in the hardest of times”. She had been an advisor to her husband in matters of taste and had translated, reworked and authored a considerable part of the theatre’s repertoire. Furthermore, she had always been seen as “a best friend of the employees and their spokesperson” in dealings with their “clever, fair, but very short-tempered boss”. During Louise Granberg’s management of the theatre 44 major pieces and several smaller ones were performed. It was not easy to make a theatre financially viable at the end of the 1800s. The public were attracted by light-hearted comedies, farces, and vaudevilles. Perhaps it was the discrepancy in the financial conditions and Louise Granberg’s desire to provide popular education that led to her give up the theatre life just two years after her husband died. In the summer of 1879 she rented out her theatre premises to Ludvig Josephsson and later that same year she sold it to the financier Henrik Palme.

Louise Granberg was not just one of the earliest female theatre directors but was also a pioneer within translating plays. Amongst other things, she translated and reworked a great number of Richard Sheridan’s and Emile Augier’s plays, they being two of the most popular playwrights of the European stages during the 1800s. Louise Granberg even wrote her own plays within various genres, usually published anonymously, including the comedies Tvänne ringar, first performed at the Mindre theatre in 1861, and Familjen Mohrin, which premiered at the Nya theatre in 1876. Louise Granberg’s historical drama I Sverige 1676, based on historical witch trials, was also performed at the Nya theatre. Her Bellmanesque Johan Fredman in five acts was first performed at the Mindre theatre in 1861. Louise Granberg also wrote bourgeois salon plays which dealt with family- and married-life. En pröfvning had its premiere at the Kungliga Dramatiska (royal dramatic) theatre in 1869. In contrast, Hustrun never had its own premiere but was performed in a dress-rehearsal at the same theatre in 1886. Louise Granberg also co-authored other plays with her sister Jeanette Granberg. These joint works included Tidens strid eller det bästa kapitalet: skådespel in tre akter och fyra tablåer, in 1850, where they used the pseudonyms of Carl Blink (Louise) and Georges Malméen (Jeanette). The two sisters also translated and reworked plays together to the extent that it is sometimes hard to distinguish which plays were written by one sole author or by the two of them.

After her husband’s death Louise Granberg began to write historical romantic novels. They were intended to serve as popular education for adults and youth and were linked to the historian and popular educator Georg Starbäck’s historical novel series. She also taught herself to spin and to spin with two threads and travelled around teaching these skills. She was also interested in food conservation and worked hard to introduce bee-keeping, rabbit-breeding, wine-producing and the collection of herbs and medical-plants to Swedish households.

In her autumn years Louise Granberg was one of the most published female authors of her era. Her series of Swedish medieval novels, from 1888–1890, and Swedish historical novels, from 1891–1896, were published under the names of Carl Blink and Erik Ejegod. They sold well for Albert Bonnier publishing house. Louise Granberg also published a range of portrayals of her epoch. The last of these was Karl von Linnés levnadssaga, samlade anteckningar, from 1907, a 45-page pamphlet which was published the same year that she died.

Louise Granberg died in Stockholm in 1907. She was then 95 years old. She is buried at St Johannes cemetery in Stockholm. 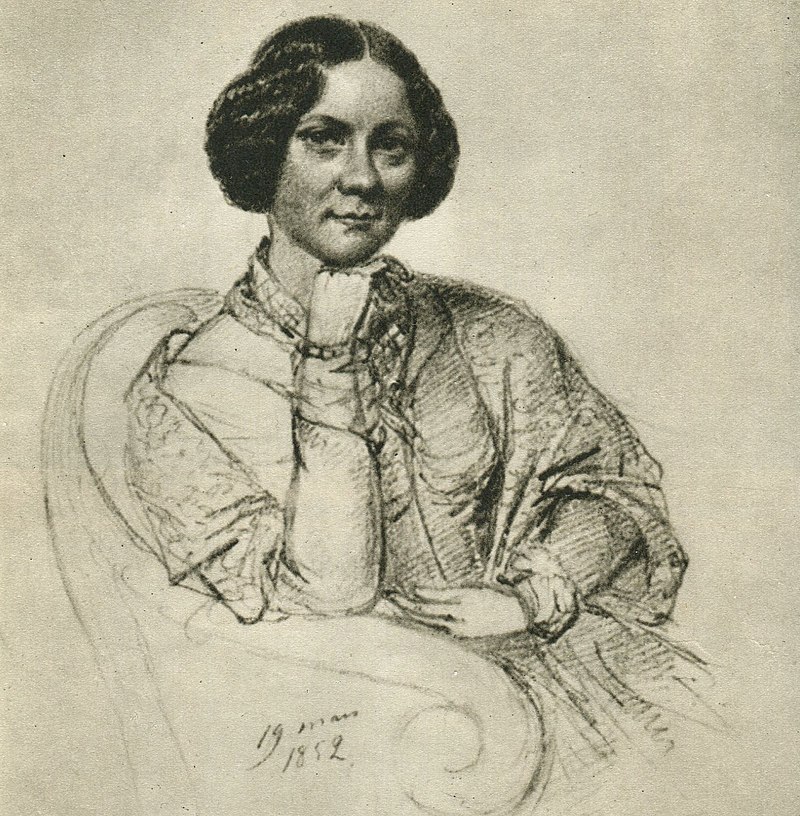