Lisa Bianchini was an artist, with miniatures as her speciality.

Lisa Bianchini was born Louise Vadström in 1867 in Stockholm. She was the daughter of Adolf Vadström, a corporate officer and the royal secretary, and his wife Emilia Schalin. Lisa Bianchini thus had the economic circumstances to be able to devote herself to painting, and studied at the artists’ association’s art school (Konstnärsförbundets skola) in Stockholm. This school had been founded on account of dissatisfaction with the activities of the Royal Academy of Art and existed in 1890—1908 with some interruptions. Richard Bergh led the school and a quarter of the pupils attending it during the 1890s were women. Lisa Bianchini’s teachers were, among others, Richard Bergh, Anders Zorn and Fanny Hjelm. The last-named painted miniature portraits among other works.

Lisa Bianchini also came to make a number of study trips to Denmark, Finland and Germany. She married the artist Artur Bianchini who had also studied at the artists’ association’s art school. He devoted himself to landscape painting, often with motifs from Sandhamn. His art found a market, which made the family relatively well off. Two children were born to the couple.

The critics in the newspapers of the capital did not consider that either Artur or Lisa Bianchini’s works had much artistic quality. Lisa Bianchini had specialised in miniature painting on ivory, influenced by Fanny Hjelm. In a review in the major Swedish daily newspaper Svenska Dagbladet in 1924, she was recognised as having a certain craftsmanship but her speciality, miniature painting of modern racing sailing boats was not considered to have anything to do with art. Miniature painting was considered by another of the capital’s newspapers in 1927 to be a “semi-dilettantish toy” and greatly needing renewal.

Lisa Bianchini was involved in working to promote the work of women artists. In 1922, she organised an expensive exhibition of miniature painting with ten women and one man as exhibitors. She also participated in an exhibition at Konsthallen in Stockholm, with English and Swedish women painters, in 1927. With two other women artists, she organised a Madonna exhibition in 1934 at the Lyceum club in Stockholm, that was the club for women interested in art, literature and science.

She also stood out as an author. In her book about Sandhamn, En bok om Sandhamn från förr och nu published by Fritz’s publishers in 1924, Lisa Bianchini reproduced interiors from among others August Strindberg’s sojourn in Sandhamn and the relations between him, Siri von Essen and Marie David that ended in Strindberg’s being sentenced for assault and defamation of Marie David.

Lisa Bianchini is represented at the National museum in Stockholm with a portrait of Nanna Wadström. She died in 1943 in Stockholm. 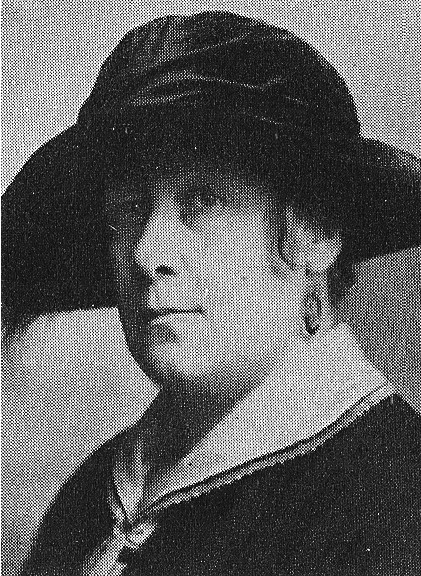