Lydia Skottsberg was a multi-talented artist who was well-known for the book-covers and illustrations she produced.

Lydia Skottsberg was born in Karlshamn, Blekinge in 1877. Her father was Carl Adolf Skottsberg and her mother was Maria Lovisa, née Pfeiffer. Their family was well-known locally as Lydia’s paternal grandfather, Adolf Johan Skottsberg, had run a centrally-located business on Drottninggatan. The building can still be seen and is now a functioning museum which is considered to be one of Sweden’s best preserved retail businesses from a bygone era.

Lydia Skottsberg’s paternal grandfather had started out as a shop assistant and advanced to the point of taking ownership of the business, which he ran until 1856. He died in 1879. Lydia Skottsberg’s father, however, opted to become educated, gaining his doctorate, and from 1864 onwards, serving as the principal of Karlshamn school. When Lydia Skottsberg’s father died her mother was left a widow with four minors and found herself in a financially precarious situation. In the autumn of 1893 the family moved to Stockholm.

During her early childhood in Karlshamn the artistically talented Lydia Skottsberg had already begun taking watercolour painting lessons from Hjalmar Falk, a watercolourist and photographer. However, Lydia Skottsberg was not solely driven by artistic ambitions to further her skills. She also needed to gain commissions to provide an income and so she began to paint portraits of her friends and acquaintances. She also decorated wooden items, such as wooden boxes made from thin curved pieces of wood, known as ‘äskor’ in Swedish.

In 1893, at the age of 16, Lydia Skottsberg began attending Tekniska skolan (technical school, now known as Konstfack, school of arts, crafts and design) in Stockholm in order to further her artistic training. Female students were segregated from male students in separate classrooms, although certain lessons were co-educational. Some of her fellow students included Carl Milles and Ingeborg Uddén. Lydia Skottsberg continued her studies at Högre konstindustriella skolan (advanced applied arts school, now also part of Konstfack) from 1896–1899. She was a diligent student and won several prizes and stipends. She also regularly produced illustrations for Thor Thorén while she was a student. He later became the principal of Tekniska skolan. Lydia Skottsberg was headhunted by Bruzewitz Litografiska anstalt in Gothenburg and in August 1899 she decided to begin working in Gothenburg.

One year later she applied to the Royal Swedish Academy of Art in Stockholm. She attended the Academy from 1900–1903, taking courses which included etching with Axel Tallberg. The latter highlighted her diligent contributions to the etching department. Her teacher later claimed that Lydia Skottsberg was frequently called-upon and reliable for her graphic artwork. During her student years she had already built up a network of contacts comprising book publishers and newspaper publishers. Her versatility, given her talent in etching, woodcuts, and lithography, was an advantage, but it was within the sphere of ‘small’ artworks, in the emerging commercial printing market, that she focused her efforts.

The same year that she completed her three years of studies at the Royal Swedish Academy of Art Lydia Skottsberg received a career stipend from Kommerskollegium (Board of Trade) which enabled her to undertake a three month study-trip to Denmark, France, Germany, and Great Britain. Her travelogue from the summer of 1903, published in Svenska slöjdföreningens tidskrift in 1905, had her title down as ‘pattern-designer’. Her study trip had been undertaken to investigate printing and bookbinding and it is worth noting that Lydia Skottsberg admired the Danish art of bookbinding believing that it eschewed the ‘Jugend’ style and its “blank, content-less cheaper products”. The Danes were instead inspired by the Japanese, whom Lydia Skottsberg termed “our masters”.

Lydia Skottsberg remained primarily true to the impressions she had gained in London, championing William Morris in particular. He had become immortalised by inventing typefaces and using hand-made paper, artistic illustrations, neatly-decorated initial letters, figures, and decorative floral elements in red and black. Lydia Skottsberg noted that “even very cheap books are remarkable for being comprehensively tastefully produced, in paper, style, good-quality illustrations […] England is the land of books and I don’t believe any other country can compete with the solid quality it delivers within the book world and I would very much like to have the opportunity to study there for an extended period”.

Once she had returned to Sweden Lydia Skottsberg continued working as an illustrator. Her output found a responsive home within the expanding field of Christmas magazines, such as Jultomten, published by the Svensk läraretidnings förlag publishing house. Her illustrations were also to be seen in weekly journals such as Idun and Våra nöjen. For the latter she covered theatrical productions by producing portrait-like illustrations.

Lydia Skottsberg also provided illustrations for a newspaper that was released in conjunction with the ‘bondetåget’ (pro-armament peasant march) in 1914. The cover of the luxury edition was produced by Carl Larsson. The previous year Lydia Skottsberg had won the Svenska Dagbladet newspaper’s poster competition for the best national poster. In the 1915 Nordisk boktryckarekonst Lydia Skottsberg advertised her business at Grev Turegatan 24 A, stating that her output included commercial illustrations, book cloths, exlibris, and printed address labels. Her trademark was a stylised blue and black image of a cat. At this point Lydia Skottsberg was a well-established career-woman within the world of graphic art. A typical example of her ability to produce small-format illustrations is the exlibris she produced for her brother, Carl Skottsberg, which displayed black and white penguins. Her brother was a professor of botany and had participated in several research expeditions to the South Pole. In the early twentieth century it became a popular trend to get your own exlibris and Lydia Skottsberg produced at least forty.

Some of Lydia Skottsberg’s book covers and vignettes were displayed at the Baltic Exhibition in Malmö in 1914. By this time the ‘Jugend’ style was already on the way out. Lydia Skottsberg’s work was included in Föreningen Svenska konstnärinnor’s (Swedish female artists’ association) 1917 exhibition held at the Liljevalch art gallery and comprised a watercolour, drawings, and woodcuts. In 1929 and 1932 she exhibited her watercolours at Sveriges Allmänna Konstförening (Swedish Public Art association) salons in Stockholm. However, Lydia Skottsberg never got the chance to present her unique artistry in one unified collection.

Lydia Skottsberg’s efforts as a book artist and illustrator formed the main elements of her artistry. During the first two decades of the twentieth century her signature could be found on several significant book editions. She produced work for the Beijer, Geber, and Wahlström & Widstrand publishing houses. The cover of Karl-Erik Forsslund’s 1900 work Storgården. En bok om ett hem represents a milestone within Swedish dust jackets and is also signed. On it the ancient miner’s farm in Dalabergslagen is framed by a red and dark green floral wreath. Lydia Skottsberg’s vignettes and fonts in old German font type reference the handicrafts traditions inspired by the Arts and Crafts movement and William Morris, albeit with added Swedish elements.

The following year Forsslund’s Storgårdsblomster. En ung faders dagbok was published. Here Lydia Skottsberg further developed her form of expression and colour scheme but her motif was now a midsummer pole. Forsslund’s Arbetare, Sånger och visor was published in 1902 and the cover portrayed the naked body of a muscular man – a typical workers’ motif with a dark forest in the background. Lydia Skottsberg’s illustration for the dust jacket of the same author’s Till fjälls poetry cycle, from 1910, is more imaginative and decorative: mountain views create an organic landscape with knotted birch trees, clouds and water all in a grey-blue colour scheme. It is a stunning book cover and the black and white vignettes of the title are perfectly executed.

Lydia Skottsberg also illustrated children’s books, such as Anna Wahlenberg’s Skomakarprinsessan from 1902 and Bengt Aurelius’ Vandrande sägner from 1912. The dust jacket for the latter work displayed the same organic and lively form of expression as that of Forsslund’s Till fjälls. One is reminded of John Bauer. The internal woodcut is unapologetically folkloristic in expression, but is well-suited to the book’s contents.

Lydia Skottsberg’s heavily decorative style in her dust jacket artwork found its full expression in new editions of Erik Axel Karlfeldt’s poetry collections. Vildmarks- och kärleksvisor, first published in 1895, was re-released in 1902 by Wahlström & Widstrand with a subtle traditionally presented floral wreath in red and black. The dust jackets for the next edition in 1906 were completely transformed and became pieces of art in their own right. A green and black bramble sprig sprawls across the upper section of the book’s cover, against a beige background. The author’s name and the book title are decoratively but solidly placed, like an emblem or a family crest, towards the bottom.

Lydia Skottsberg had already incorporated the Swedish ‘Jugend’-inspired rowan-berry bunch against a green background, typical of the era, on her dust jacket artwork for the 1905 work Fridolins poesi och Dalmålningar på rim. The cover she created for the 1906 book Flora och Pomona was similar in style, but also included beautifully colourful larkspurs and apples. Lydia Skottsberg herself was particularly pleased with the cover of Karlfeldt’s Vildmarks- och kärleksvisor. The binding of Stina Otterberg’s book on Karlfeldt, published in 2014, incorporates a further twist on Lydia Skottsberg’s cover.

Lydia Skottsberg was responsible for creating the uniform covers which Wahlström & Widstrand used for the WW:s kronböcker series, which began in 1907 and eventually numbered around one hundred books. The use of leafy fruit plants in a variety of colours resembles the covers which Lydia Skottsberg had produced for the Karlfeldt books, but here what mattered was styling and repetition. During the 1907–1914 period Lydia Skottsberg was specially commissioned to illustrate Alma Söderhjelm’s historical works about the Finnish town of Jakobstad (Pietersaari) which she illustrated with miniature vignettes typical for the time.

Lydia Skottsberg also illustrated printed music, of which over 230 have been catalogued, mainly entailing multi-coloured covers. She often received commissions from the Abraham Lundquist music publishers in Stockholm. Further, she also designed postcards for the Stenders postcard company in Copenhagen, often using rather original motifs which are now hard to find.

However, it is Lydia Skottsberg’s work as a book artist and freelance illustrator which is mostly remembered now. She is a good representative of a generation of talented women who were able make a living from their own art work. It was necessary to diversify in order to survive. Lydia Skottsberg would have potentially had more freedom to fully develop her book artwork had her circumstances been more lucrative.

Lydia Skottsberg purchased a plot in Norrviken, north of Stockholm which she shared with her friend from student days, Emmy Biberg, and another woman named Valborg. This plot bordered on the water and the three women were given a small bunkhouse by Valborg’s parents. However, their camping lifestyle was short-lived. They never got around to erecting their own house and they fell on increasingly hard times. Around the time of the outbreak of the First World War their Norrviken adventure came to an end.

Lydia Skottsberg had already noticed signs of ill health during the 1930s, namely some form of rheumatism, which her mother had also suffered from. Daily life became increasingly difficult and limited, both physically and psychologically. She was reliant on her hands as tools. Intermittently she would be taken into the Stockholm hospice, where she eventually died in 1948. Lydia Skottsberg was subsequently buried in the Skottsberg family grave at the Hvilan cemetery in Karlshamn. 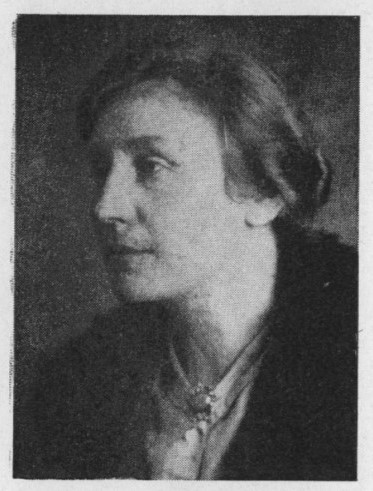