Magda Boalt was one of Scandinavia’s most important doll-makers, renowned for her “Dolls with a Soul”. She travelled around in many countries to show and talk about her dolls.

Magda Boalt was born in 1901 in Stockholm. She was the eldest daughter of Ruda Maria and Anton Boalt, who also had one other daughter, Elsa, and a son, Gunnar. Magda Boalt left the eighth grade, the top class at the elementary school for girls (Nya elementarskolan för flickor) in Stockholm with A in needlework and drawing and AB in physics and chemistry. Unlike their brother, neither of the Boalt girls received any higher academic education, and Magda Boalt trained instead to be a ladies’ hairdresser.

Magda Boalt lived all her life Stockholm, devoting herself to a broad range of professions, starting with porcelain painting and the manufacture of lampshades. She continued with these in her spare time when she moved on to various types of office work. For one period Magda Boalt was employed as a social worker and later as secretary to a paediatrician.

The second world war caused import difficulties, for toys among other things. Magda Boalt began making the dolls that were later to give her a reputation worldwide. The actual background was that her brother Gunnar and his wife Carin Boalt had three children at that time, and one of the daughters asked her aunt for a doll. According to sources, Magda Boalt was convinced from the beginning that the doll should look like a real little child; and it must be able to stand up to hugs and hard bumps and not have staring dolls’ eyes in a stiff face.

Although the first doll took 450 working hours to make, all her nieces and nephews received a doll eventually. Acquaintances and the acquaintances of acquaintances began ordering dolls and doll manufacturing was located at special premises at Kungsholmsgatan in Stockholm. In time, Magda Boalt acquired a small group of staff to help her, but she was the only one to make the dolls come to life. On a frame of thin pure silk, Magda Boalt created their heads. She modelled the faces with a manicure stick, and painted the light red of the cheeks, the pale red mouth and the eyes with her fingers. For the pupils and eyebrows, she used a fine paintbrush.

The small doll children were about as long as a newborn baby, and they were stuffed with Magda Boalt’s own secret mixture, which meant that they were just the right weight and sufficiently flexible. All the dolls were made by hand, with only the long seams on the arms and legs being machine-sewn. Magda Boalt was careful with safety. Nothing must injure a child playing with a doll.

Magda Boalt composed the dolls’ clothes that were typical for the period, and also constructed wardrobes, beds and all kinds of objects that created small scenes together with the dolls themselves. The dolls were so childlike that Magda Boalt told a newspaper interviewer about a young mother and father who no longer needed a babysitter. When they “went out in the evenings, Agneta the doll was left lying in Ulla’s bed and Ulla thought that it was just as if she had a live playmate with her”.

Being a hairdresser, Magda Boalt could save the customers’ hair and used it in the dolls’ wigs. When it was time for her nephews and nieces to have haircuts, their hair was also put to use. Each doll was unique, and she created girl and boy dolls with different colour hair. The wigs took about three and a half days to make just childishly tousled enough. Altogether, it took between two weeks and three months to complete a doll.

It was not long before invitations for exhibitions and lectures began to pour in. After having shown her dolls at Exposita in Stockholm in 1949, Magda Boalt travelled to Paris, and the year after, a collection of fairy-tale dolls was displayed at the June trade fair in Örebro in central Sweden. They were all inspired by Cinderella, Snow White and other fairy tales, and were dressed in white eighteenth-century wigs.

In 1950, Magda Boalt travelled to USA with some of her dolls. She landed in New York and continued on to Chicago where she showed her creations at an exhibition and participated in a TV programme. Her journey continued afterwards to Minneapolis, Seattle, Los Angeles and Hollywood, and she was featured in several American daily newspapers. During the coming year, the “doll mother” Magda Boalt showed her doll children in England and Southern Rhodesia, (now Zimbabwe), Carácas, Damascus, and Tokyo, also in the latter case with TV appearances. She had several more exhibitions back home in Sweden, among others at the arts and crafts centre Konsthantverkarna and at Sankt Eriks-Mässan in 1952. Her activities received frequent coverage in the daily press.

Magda Boalt also constructed paper dolls. They were first made as real models before becoming cut-out dolls. Apart from characters from fairy tales and folk sagas, Magda Boalt drew the make-believe children Anders and Lisskulla dressed in star-boy costume and Lucia costume respectively. They also each had a folk costume from Dalarna. They were still on sale in 2019.

Magda Boalt married Professor Bodvar Liljegren in 1954. At a fire in the couple’s apartment, in which no person was injured, materials and a large number of completed dolls were consumed by the flames. After that, Magda Boalt probably made no more dolls. When she died in 1984, the remaining dolls were inherited by a nephew’s wife. These were shown at a large exhibition at the Swedish Toy Museum, then located at Tidö Castle.

Magda Boalt is buried at the Northern Cemetery in Solna. 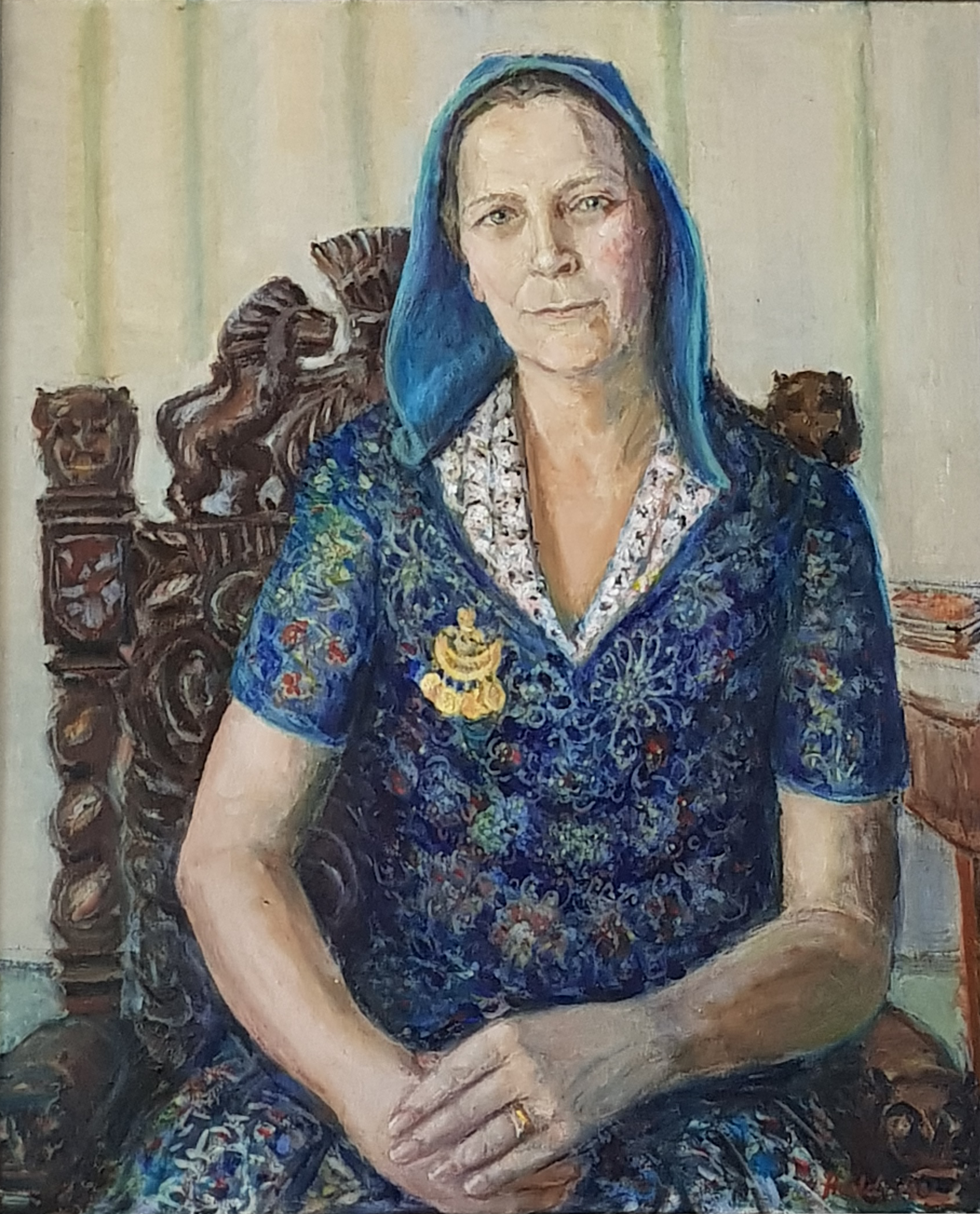