Maj Bylock was an author and one of the greatest story-tellers. She brought Swedish history to life with her ground-breaking novels.

Maj Bylock was born in 1931 in Visby on the Baltic island of Gotland, where she grew up. Her father Nils Andersson, a district veterinary surgeon, told her stories about what life was like in the past. His tales and the spirit of the times during the second world war made a deep impression on her while growing up. In 1943, the family moved to mainland Sweden, to the inland province of Värmland. In three books, Maj Bylock tells humorous stories about her adventurous childhood on Gotland as well as the first period in Karlstad.

Maj Bylock married Olov Bylock, and they had two children. Olov Bylock had Walloon roots, which left their tracks in her authorship. Together, the couple undertook many, many journeys that also left their mark on Maj Bylock’s books. Olov and Maj Bylock shared deep companionship, knowledge about each other’s professional lives and gave each other advice on many issues. They lived in Karlstad in a beautiful villa overlooking the Klarälven river.

Maj Bylock’s dream profession was as an elementary schoolteacher, for which she qualified at the teacher training college in Gothenburg in 1953. Up until 1961, she taught several subjects. She soon realised that the textbooks needed changing. They contained only facts, and no stories to make history come alive, as in her father’s tales. Stories were needed to create an interest for life and people in the past. In 1961, Maj Bylock made her debut with Morgonsamlingar. She also started writing textbooks, many of them on religious knowledge, natural history and above all, history. Story-telling was central and life-giving to her authorship.

Maj Bylock’s first fictional books were aimed at small children. Äventyret med Grodan, written in 1969, won a prize and was one of her more popular books. Childhood depictions are a constant theme in her following books. The three books about Micke och Hemliga Jansson, in 1987—1990, are sensitive descriptions of everyday life out on the Swedish west coast. For the “first readers” age, she later wrote Tigern Lisa och Monstret with three more titles after that in 1997—1998. She also wrote collections of poetry for children. During the years 1987—1991, she wrote three autobiographical books situated on Gotland: Karusell och kärleksbrev, Dynamit och hallonbåtar and Dödskallar och hjärtesår, for slightly older children.

The three titles Solstenen, Månringen and Stjärnhavet, published in 1983 —1985, constitute a skilfully composed description of a medieval Gotland farming community with the brothers Dan and Jakob at its core. The story about the forming of Dan’s character and Jakob’s outsiderhood are still topical and have even been made into a musical. The books may be described as the beginning of Maj Bylock’s historical depictions.

Maj Bylock’s great contribution, which never gets out-of-date thanks to her great capacity to bring history alive, was in the genre of historical novels. Her books on the Walloons and migrants as well as on the witch hunts in Sweden, the Celts and the various epochs are her great gift to our children and young people. Fictional books about historical happenings can instil historical awareness and knowledge in children and young people just as well as, and sometimes more effectively than, textbooks. Maj Bylock knew this early on and used her experiences from writing textbooks in her fiction.

During the 1980s, Maj Bylock worked actively in two women’s organisations. The Soroptimists in Sweden was one, acting to strengthen women globally, nationally and locally. The other was the Inner Wheel in Sweden, that took care of friendship, helpfulness and international understanding in consultation with Unicef. She was also a board member for 15 years of the children’s and young people’s literature section of the Swedish authors’ association, Sveriges Författarförbund.

Providing role models for children and young people was central in Maj Bylock’s books. Like her friend Astrid Lindgren, Maj Bylock often wrote about independent children. She has recounted that girls asked her why there were so few historical books with girls in the main role. She took this question seriously. In the 1990s, Maj Bylock started writing stories about girls who appropriated “empowerment” for themselves, that is, they gave themselves power and authority. In her books, girls and women are described with a view to their inner development, as co-creators of the historical course of events and as foreground figures in a new age. In this connection, she published a trilogy about Dragon Ships after her own basic research into the subject. She worked on her witch series parallel to that.

Frequently read books are Drakskeppet, Det gyllne svärdet and Borgen i fjärran, from 1996—1997, that deal with the Viking epoch but also constitute an eloquent connection to the migration of our day. The trilogy describes relationships, friendship and love during a historical era. In an interview in the magazine Opsis Kalopsis, Maj Bylock explains:

"I find history fascinating. It is important for children to get to know what things were like in the past, to acquire a frame of reference for their own lives. There are lots of things in the olden days that can help me to describe what is happening now. I mirror the present in the facts and ideas in my historical descriptions. [...] One can scale away irrelevancies to get at the human problems that are timeless and universal."

Fictional text is especially effective for highlighting timeless human problems, writes Maj Bylock. By reading about migration in Drakskeppet, the reader can gain insight into several environments and compare that migration with migrations taking place today. It is possible to identify with the characters in Drakskeppet whether or not one was born in Sweden, has parents who have moved to Sweden, or if one has come quite recently to Sweden with one’s family. Drakskeppet also shows the positive effects of believing in one’s own ability.

The witch series shows a feminine perspective. During her time as a teacher in Hagfors and Nor, Maj Bylock acquired knowledge about the Värmland forests, mires and wildernesses. A court protocol from the 1600s gave her the idea for Häxprovet that appeared in 1989. A girl, Anneli, escapes into the forests when she believes that it is her fault that her siblings have been burnt to death in their cottage. She is cared for by Ylva, a medicine woman who has been stamped as a witch on account of her knowledge and skills. The theme about knowledgeable, wise and informed women of whom surrounding people are afraid is most apt for our current time. Other books in the series are Häxans dotter, Häxpojken, Häxguldet, Häxkatten, Häxbrygden and Häxdoktorn, published in 1989—1998. The series describes the 1600s and part of the 1700s in different regions of Sweden, in the later books Stockholm, Uppsala and Karlstad. Apart from purely historical narratives, these books also deal with social history.

The series on the Walloons stretches over a long period dealing with the theme of migration. Flykten till Järnets land, Den svartes hemlighet, Spöket på Örneborg and Klockan och Döden, from 1999—2002, deal with the Walloons’ immigration to and lives in Sweden. This theme recurs in Marie och Mårten i Nya Världen, Blå Molnets gåva and Celine och drottningen, in 2003—2005. The twins Jean and Marie leave Wallonia with their parents to start a new life at an iron works in Bergslagen. Maj Bylock describes the local residents’ anti-immigrant suspiciousness towards the newcomers. The reader can follow generations down the centuries through a narrative in which the opportunities for girls as well as boys are described.

Apart from her own authorship, Maj Bylock also retold a large number of the classics of world literature, between 1995 and 2008, starting with Uncle Tom’s Cabin. The aim was to make them accessible to younger readers and to contribute to passing down a rich, international cultural heritage. The classics were radically reworked, but retained the important intrigues and contexts.

The trilogy about the Celts was Maj Bylock’s last great work. In Fågelprinsen, Häst med gyllne hovar and Dimmornas ö in 2007—2009, Celtic history is told through the lives of two young people 400 years before our historical era. For adults, she wrote among other titles De sjunkna skeppens vik, in 1980, which is a Christian allegory. Maj Bylock has also written psalm 524 in the Swedish psalm book Den svenska psalmboken, manuscripts, columns, and the libretto to the musical Solstenen, in 1992. Her books have been translated into several languages.

Maj Bylock was one of the greatest Swedish children’s and young people’s authors of the 1900s and on into the new millennium. Her capacity for work resulted in a copious production on many subjects of timeless character. At her author’s visits to schools, Maj Bylock showed that she was not only a skilful story-teller in writing but also good at telling stories aloud.

Maj Bylock received several prizes through the years, of which the Astrid Lindgren Prize in 1990 and the Mårbacka Prize in 2010 are two pinnacles. In 2006, she received an honorary doctorate at the University of Karlstad. The medal Litteris et Artibus, for belles-lettres and the arts, awarded to her by King Carl XVI Gustaf in 2009, confirms the greatness of her authorship and life work.

Maj Bylock died in 2019 at 88 years of age. She is buried in Nyed Cemetery in Molkom in Värmland. 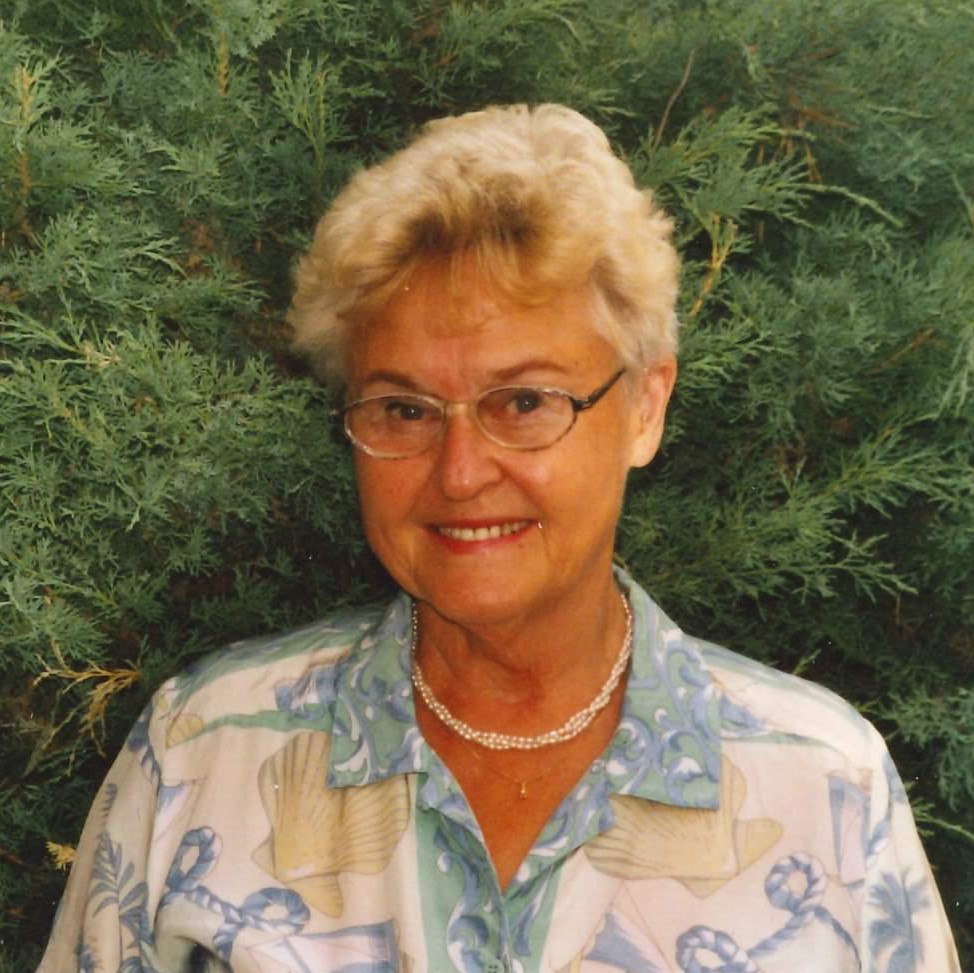