Manda Björling was an actor who worked in Stockholm and Gothenburg and toured the Swedish countryside and abroad. At the Strindberg Intima Teatern she performed several major roles under August Falck’s direction.

Manda Björling was born Hedvig Amanda Lindroth in Stockholm in 1876. She was the daughter of Per-Erik Lindroth, an upholsterer, and his wife Hedvig Wilhelmina Andersson. Manda Björling took acting lessons from the actress Hedvig Charlotta Winterhjelm as well as from Signe Hebbe, the opera singer and instructor. Manda Björling was married to Carl Olof Björling from 1897 until 1904 and she retained his name even after they separated. They had a daughter together named Renée Björling.

Manda Björling’s stage debut occurred in 1901 at the Malmö Teater. She played the part of Roxanne in Cyrano de Bergerac. From 1904 until 1905 she then worked at Stora Teatern in Gothenburg during the 1904–1905 period and then, from 1906 onwards, she appeared with various theatre companies, particularly August Falck’s company. This included going on tours across Sweden and abroad, including to Estonia and Latvia.

Manda Björling was the first person to perform the part of Fröken Julie in Sweden when it premiered at Akademiska Föreningen in Lund on 18 September 1906. She acted opposite August Palme as Jean. Later that same year she played the same part opposite August Falck at Folkteatern in Stockholm. The success of this production was a major contributing factor in the opening of the Strindberg Intima Teatern at Norra Bantorget in Stockholm in 1907 where the play ran for 134 performances. During the short time that the Strindberg Intima Teatern existed Manda Björling performed a range of major roles from Strindberg’s plays, not least that of Queen Kristina. Although the play was criticised her performance as the queen was deemed to be brilliant and the production ran for 65 performances.

In 1909 Manda Björling married her colleague August Falck and they had a son together named Johan Falck. They carried on working together for many years, including on public reading-tours which involved reading Strindberg plays aloud. Manda Björling was engaged at Lorensbergteatern in Gothenburg during the 1917–1920 period where she carried on performing Strindberg plays – often opposite her husband – such as Dödsdansen, which was also performed at Det Kongelige Teater in Copenhagen in 1926 and in Finland in 1928. Manda Björling played the part of Laura in Fadren in the 1927 commemorative performance at the Royal Swedish Academy of Music. She also appeared in a few films including Miss Julie in 1912 and Two Kings in 1925. Manda Björling also taught diction and launched her own elocution method, apparently following in the footsteps of her own teacher Signe Hebbe.

Manda Björling died in Stockholm in 1960. Her remains lie in her husband’s family grave at Norra begravningsplatsen (the Northern Cemetery) in Solna. 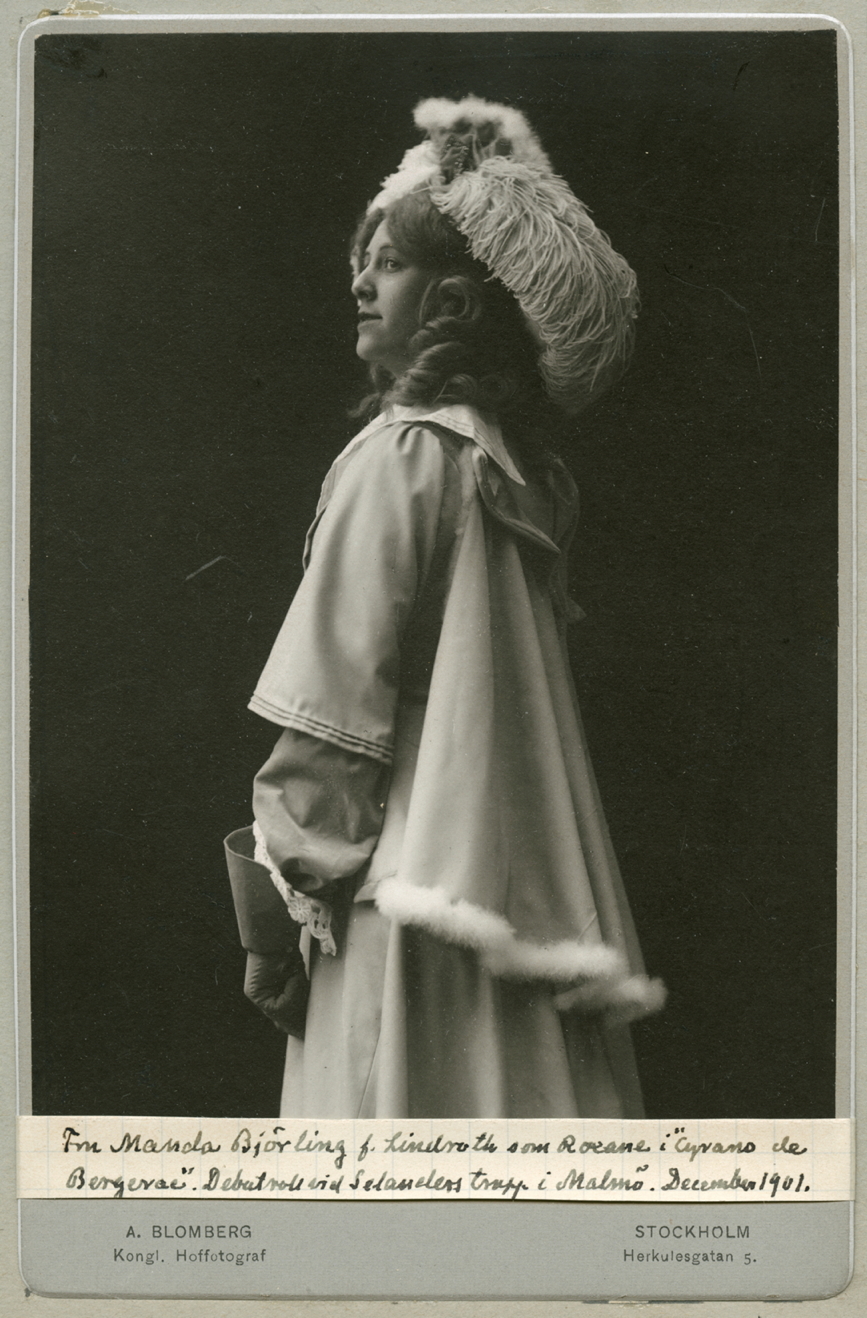