Queen of Denmark, Norway and Sweden

Margareta Valdemarsdotter (Margaret I of Denmark) was a queen of Norway who subsequently also became regent of Denmark, Norway, and Sweden.

Margareta was born in 1353. She was the daughter of King Valdemar (nicknamed Atterdag) and Queen Helvig of Denmark. Her place of birth is unknown. She was the youngest child born to the couple and the only child to outlive her father, who died in 1375. Crown Prince Kristofer had already predeceased him in 1363. This played a deciding role in Margareta’s life and activities.

When she was six years old Margareta was promised to Håkan Magnusson, king of Norway. Håkan was the son of King Magnus Eriksson of Sweden. Margareta was only 10 years old when the marriage was solemnised in 1363. Håkan was 22. Margareta thus became queen of Norway and the Swedish lands surrounding lake Vänern which also lay within Håkan’s domain. The young queen was brought up by a lady-in-waiting named Märta Ulfsdotter, the daughter of Birgitta Birgersdotter (Heliga Birgitta). It is probable that Margareta mainly lived at the royal castles of Bohus and Akershus. One of the two surviving personal letters written by Margareta, which dates from the autumn of 1369 or 1370, was addressed to her husband Håkan, who was travelling through his kingdom at the time. Margareta, who was at Akershus, complained about the lack of food and drink for herself and her servants, along with the difficulties in getting credit. All other surviving material on Margareta (apart from the other personal letter) is in the form of official proceedings of various types.

Margareta's and Håkan’s only son, Olav, was born in 1370. Margareta was able to ensure that Olav was elected king of Denmark on the death of her father. Olav was not the obvious candidate and the most significant rival was Margareta’s nephew. Ingeborg, Margareta’s older sister (died in 1370), had married Duke Henry of Mecklenburg. After 1375 Margareta mainly lived in Denmark in order to safeguard her son’s interests there, whilst Håkan lived in Norway.

Håkan died in 1380 and thus Olav became king of Norway too. Margareta was 27 years old when she was widowed and she never remarried. In 1387 Olav suddenly fell ill and died at Falsterbohus. Now Margareta was regent of both Denmark and Norway. She acted quickly to secure her position in Denmark using manoeuvres which have been likened to a coup d’état. A week after her son’s death she had herself proclaimed as ‘fullmäktig fru och rätt husbonde’ (plenipotentiary lady and rightful master) by the Danish privy council in Lund cathedral. The following year she was similarly acclaimed in Oslo, placing her in charge of Norway. She was also recognised as the heir apparent of the Norwegian kingdom and would see out her days as that kingdom’s regent.

Meanwhile, in Sweden major disagreements arose between the representatives of the leading aristocracy and the king, Albrecht of Mecklenburg, largely concerning control of the lands and properties left by the ‘drots’ (marshal) Bo Jonsson Grip following his death in 1386. When the Swedish aristocracy met at Dalaborg, a fortress at the Vänern in southern Dalsland, Margareta was acknowledged as ‘fullmäktig fru och rätt husbonde’ in Sweden as well. King Albrecht suffered military defeat at the battle of Åsle in Västergötland and both he and his son were captured. Margareta’s position as regent was confirmed at a major diet held in Söderköping in 1389. However, the disputes with Albrecht’s supporters continued and it was only following a deal achieved at Lindholm castle in Scania in 1395 that peace was agreed. Albrecht and his son were released from captivity and, in practise albeit not officially, they withdrew their claims to the Swedish crown.

Margareta had been given the right to appoint a king and her successor at Dalaborg. She named the seven-year old Bogislav as such. He was the son of Duke Wartislaw of Pomerania-Stolp and his wife, Margareta’s niece Maria of Mecklenburg. Bogislav was given the ancient Swedish royal name of Erik and thus he tends to be referred to as Erik of Pomerania.

In 1397 a meeting was held in Kalmar where the councils of the three kingdoms gathered and saw Erik crowned as king of the three kingdoms. The Kalmar meeting gave this personal union a more formal aspect, regardless of the fact that interpretations of what was agreed has provided the fuel for a variety of subsequent interpretations by later historians. Although Erik had been crowned king it was Margareta who, in practise, continued to rule the three kingdoms until her death. The second surviving personal letter written by Margareta was composed in 1405. In it she instructed the young king as to how to behave, to rule, and not least how to carefully protect his own interests and that of his royal position. Margareta always strove to consolidate the Crown’s position in opposition to the leading members of the aristocracy who actually politically controlled the privy councils in all three Nordic kingdoms. Margareta reduced the power of the institutions and platforms which served the aristocracy, such as the privy councillors’ meetings and the diet (known as ‘danehofet’ in Denmark). The ancient privileged positions within the realms were removed or neutralised. Margareta has been viewed as a skilled and hardened negotiator who cleverly avoided becoming bound by written obligations. She saw to it that her own loyal and reliable men were placed as custodians at castles and fortified towers. She also actively influenced the appointments of high-ranking churchmen even though this went against canon laws.

Margareta enacted long-term and ambitious policies which strengthened the Crown’s finances. Following an agreement in 1396 she introduced a ‘reduktion’ or inquisition in Sweden which entailed that property which had previously been awarded to the nobility was once again returned to the Crown. In the main this impacted on the secular aristocracy but also on the church and convents. In terms of financial relations Margareta often favoured the church and its institutions. Once she had come to power in Sweden she pushed through heavy taxation, generating a lot of complaints. This policy was completely abandoned in 1403, presumably due to the fear that it might lead to revolt.

During Margareta’s regency power was centralised and state finances improved. Her policies also sought to regain previously lost areas, particularly in regard to the Danish Crown. She fell ill during negotiations to regain Sønderjylland. She died in 1412 whilst on board a vessel in Flensburg harbour. She was 59 years old. She is buried in Roskilde cathedral. In 1423 a distinguished funeral monument was produced by a north German master craftsman, paid for by her successor King Erik. Apart from a sculpted bust in Lübeck this is the only surviving portrait we have of Margareta.

Power was understood in terms of distinctly masculine concepts within medieval socity. The ideal was of a kingdom ruled by a male king. Women mainly exercised power in the absence of men and it was not unusual for queens to serve as regents in Europe of that era. The conditions which led to Margareta’s position of power was a combination of various facts: she was the only surviving child of a king, the widow of another ruling king, and mother of a late king who had no siblings, as well as eventually serving as guardian for the young Erik of Pomerania. In sum this meant that she, as a woman, and as plenipotentiary and rightful master, not only could legitimise her power but also actively wield it.

The perceptions of Margareta as viewed through the eyes of posterity vary extensively. Following her death her obituary as recorded in the Vadstena diary states that “she had a very successful life in secular terms”. She is sometimes presented as a cynical and calculating individual, usually based on older chronicle contents. However, the concept of Scandinavianism which emerged in the 1800s presented her as a role model of Nordic cooperation. 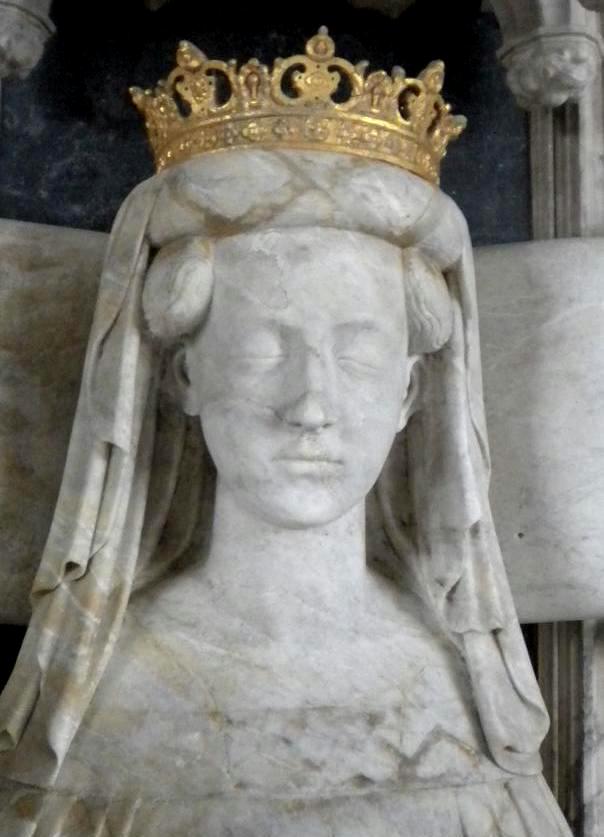