Maria Nordenfelt was born in Gothenburg. She was the eldest of seven siblings. She came from a large and well-to-do family with a Värmland ironworks background. The Nordenfelts were a strongly cohesive family and Maria Nordenfelt benefited from a thorough education. Her studies included languages, art history, and pedagogics. Maria Nordenfelt learned how to do appliqué work at Handarbetets Vänner and she also attended handicrafts teacher-training courses at Nääs Slöjdseminarium and at Hulda Lundin’s Högre Slöjdlärarinneseminarium in Stockholm. Maria Nordenfelt also attended courses abroad, in England and in Germany. Her interests extended to clothes’ sewing and embroidery and she initially worked as director of Nordiska Industribolaget, Gothenburg’s leading handicrafts shop.

Maria Nordenfelt set up the handicrafts school Skola för hemslöjd in Gothenburg in 1890. At that time textile crafting was just being introduced as a school subject, to provide training for young girls so they would be skilled housewives. This also coincided with the emergence of the modern textile industry. It was not yet considered the norm for women to have their own careers. Eventually the school that Maria Nordenfelt founded was named after her. For the first three years it was run according to Hulda Lundin’s ideas but this did not prove financially profitable. Not only did students have to pay for their course but it was also necessary to get various handicraft related work and crafts produced on commission, as was the case with appliqué, for example, in order to be turn a profit. Maria Nordenfelt, meanwhile, continued her own training and gave private lessons in her home.

It was in the autumn of 1901 that Maria Nordenfelt truly set out on the path to becoming the leader of a school: she abandoned Hulda Lundin’s methodology and instead developed the so-called Gothenburg model. Thus Maria Nordenfelt’s advanced handicraft training programme was established, initially based at her parents’ home. Later she and a couple of her friends hired premises and eventually she hired premises in the handicrafts association building. Maria Nordenfelt finally purchased a couple of buildings on Västergatan in which she ran her enterprise, living on the top floor of the same building which housed the school.

The students came from all over Sweden and heavy emphasis was placed on ensuring that the work they produced reflected each student’s home area: it was expected that, after training, they would return to their local area and work there. So-called ‘area-specific handicrafts’ became a very important subject at the school as being able to produce traditional handicrafts as well as being familiar with them were deemed valuable and as providing a basis for further learning.

Teaching could also be framed to meet contemporary requirements and trends and many of Maria Nordenfelt’s approaches remain relevant to us today. Maria Nordenfelt wrote in the foreword to her 1919 book entitled Handledning i handarbete: (kvinnlig slöjd): “An institution such as this training programme must provide future teachers what they need to enable them to organise their teaching to reflect the various trends and demands of the day.”

In order to level out the differences between the students, who hailed from across Sweden and represented various social strata, they sewed their own uniforms for use in school. Maria Nordenfelt’s ideals entailed not only training future teachers or career-minded women in handicrafts but also opening up the school to unemployed women so that they could provide for themselves. In addition to gaining handicrafts skills these women also benefited from the pedagogical ideology of the school.

In 1906 Maria Nordenfelt expanded her enterprise by setting up a women’s vocational sewing school. Given her membership of Gothenburg hantverks- och industriförening, her school was thus able to take on apprentices. Maria Nordenfelt wanted the students to gain an aesthetic education in addition to handicrafts skills and thus she sought to develop a habit of going to museums and exhibitions. Museum visits formed an important part of the teaching and drawing lessons were scheduled at Röhsska konstslöjdmuseet (now Röhsska museet) and Gothenburg museum of fine arts.

A practical school was adjoined to the training programme. This school gave trainee teachers a chance to teach and it was attended by schoolgirls during their spare time. Maria Nordenfelt’s pedagogical approach placed the child at the centre of handicrafting and the course teaching plan began with providing students with simple foundational skills, serving as the basis for further development. In addition to thorough and comprehensive handicrafting skills there was also room for free creativity and an enthusiasm for the work. The girls could create items for their own use, such as toys and doll’s clothing, whilst also learning how to handicraft. They also played, sang, and were dealt with as the children they were. Maria Nordenfelt’s approach – where children should be allowed to be children – differed from that of Otto Salomon at Nääs Slöjdseminarium and from that of Hulda Lundin’s Högre Slöjdlärarinneseminarium.

Maria Nordenfelt travelled frequently and had formed a sizable network of international contacts. She attended conferences and exhibitions abroad and she also sent her teachers away to form both domestic and international contact networks. Exhibitions not only showed a wider audience what one could produce but also served as a form of advertising for the school. Maria Nordenfelt exhibited at every conceivable opportunity, both in Sweden and further afield. A major exhibit was held in Rome in 1927 at which her school represented Sweden.

On Maria Nordenfelt’s death in 1941 her school was moved into new premises occupying the state apartment section of a building on Vasagatan. In 1950 the school was transferred into the municipality’s hands and more school-like premises were required. The school then moved to a school building in east Haga. In 1961 the school became state-run and in 1977 it became incorporated into Gothenburg University. 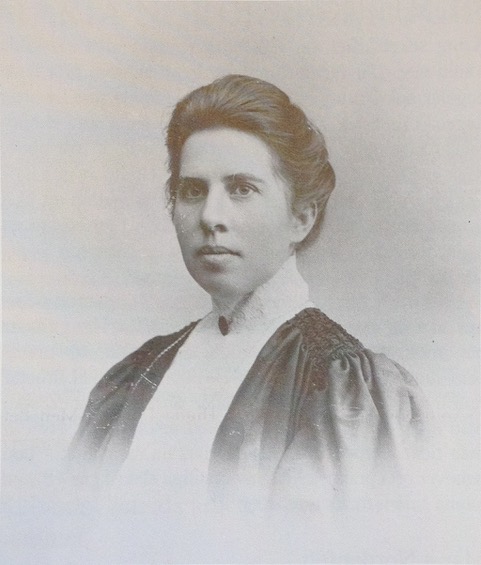