Maria Osberg was a pioneer of the Social Democratic party women’s movement in Malmö and she was involved in organising women’s trade unions.

Maria Osberg was born in Sallerup, in Scania, in 1864. Her mother, Amalia Osberg, died when Maria Osberg was only seven years old. Her father, Carl Osberg, was a landscape architect.

Maria Osberg became a seamstress to trade and as such became involved in the early workers’ movement in Malmö. In September 1888 she attended a meeting called to set up a society for the female members of the Social Democratic party in the town. This resulted in the establishment of the Malmö kvinnliga arbetareförbund (female workers’ association), the first of its kind in Sweden. The association aimed to improve working-class women’s financial, political, and social standing, to keep them informed through public meetings and talks, and to create women’s trade unions where they were needed as well as to work on behalf of a national association of Social Democratic party women. Nils Wessel, chair of the Malmö Socialdemokratiska förening (Social Democratic party society), was one of the people behind the meeting and he later became Maria’s life companion. At this time there was apparently a lot of opposition in Malmö towards women setting up their own organisation within the local Social Democratic party; Nils Wessel, however, did not share this opposition and instead encouraged women to take control of their own organisation. The women themselves were quick to point out that they did not intend to focus on specifically women’s issues (there should be no ‘women’s’ issues, only ‘class’ issues), although that is de facto what they ended up doing. In addition to the trade union – not least the seamstresses’ union – the association also organised a children’s socialist Sunday-School and arranged fund-raising by holding parties and bazaars.

Maria Osberg became chair of the association in the summer of 1890. This development can be seen as a victory for her more anarchist-inclined politics in contrast to those of her predecessor Elma Sundqvist (later the life companion and wife of the editor of the journal Arbetet, Axel Danielsson). Thus the association became part of the wider conflict which was raging within the Social Democratic party association in Malmö as well as throughout the party as a whole, in which Nils Wessel championed the more revolutionary, anarchist and violent line whilst Axel Danielsson tended towards a reformed and parliamentary line. As a clear signal from the Danielsson-faction the board of the Social Democratic party association sat on on its earlier promise to pay the fines which had been imposed on Malmö kvinnliga arbetareförbund for the illegal purveying of alcohol at a dance social. When Maria Osberg, who was ultimately responsible, was unable to pay the fines and alcohol purveying tax on time she was forced to serve an eight-day prison sentence in Malmö regional prison beginning on 17 March 1891. Shortly thereafter the women’s society appointed Nils Wessel as their representative at the impending Social Democratic party conference in Norrköping, at which it was expected that the party’s future position with regard to anarchist methods would be decided. However, the reason he was selected by the women was that Nils Wessel was a champion of sexual equality. Axel Danielsson brought these polemics to a close in Arbetet by explaining that he would rather “fight a legion of devils than with the anarchist ladies within the confines of Malmö”.

During this period of serious internal conflict association membership levels sank drastically – although the exact reasons for this remain unclear – and within a few years it ceased to be altogether. When the new Malmö kvinnliga diskussionsklubb (women’s discussion club) was set up in 1900 Maria Ostberg once again figured among the founders. Despite this, the following year she had already moved to Stockholm where she joined the general women’s club.

Maria Ostberg gave birth to her daughter Jessie in 1894. Jessie later became an actress. Both Maria Ostberg and Nils Wessel died in 1940. They are buried together at Bromma cemetery. 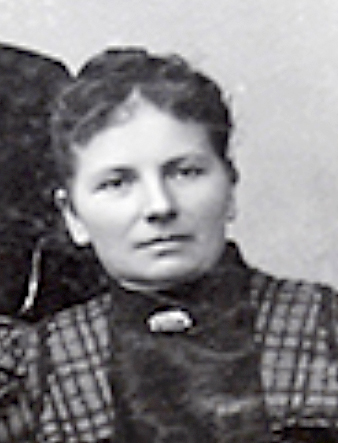