Marianne Zetterström was a writer, author and columnist. Under the signature Viola, she wrote columns in the major Swedish daily newspaper Svenska Dagbladet for about 70 years.

Marianne Zetterström was born in Stockholm in 1912, the daughter of a colonel at the Svea artillery regiment. The parent's marriage did not last, however, and the fader left the family at an early stage. The mother, Susanna Enhörning, née Sommelius, returned to her parents with her two young children. The adult life of Marianne Zetterström began at an office in Norrköping, but already during her time as a clerk, Marianne Zetterström had begun writing columns for Norrköpings tidningar. A few years later, she moved to Stockholm, where she married Erik Zetterström in 1943. He was probably the most active columnist in the Swedish press under the pseudonym Kar de Mumma, to whom 15,000 columns have been attributed in a timespan of almost 75 years. Marianne Zetterström was also a diligent columnist. Her columns were collected in more than 20 books with titles like En sån vacker dag in 1968 and Kom nära in 1988, just to name a couple. Her collections appeared between 1967 and 1990. In some cases, they are available for reading in their entirety on the website of Litteraturbanken, for example her debut collection En bukett av Viola in 1967. Their son Carl Zetterström also wrote columns, in the other major Swedish daily newspaper, Dagens Nyheter. He also designed the covers of her books, and collected a selection of her columns in the book En dag som den här, kåserier och krönikor 1988—1993 in 1993.

Not all Marianne Zetterström’s books are collections of humorous columns in the usual sense. Some of her books are instead samples of her own form of novel, almost a short story – a coherent narrative with excursions in time, geography and thoughts, such as Porträtt i en brödrost in 1970, Dagarna i våras in 1972, and Vi ringer nån gång in 1985. There she recounts memories of places and persons close to her in her early years. The family of her childhood and her mother are central in the first two and a girl friend from her youth in the third. These stories are like meditative songs of praise in memory of the warmth of her fellow human beings.

Marianne Zetterström may be remembered mainly for her columns in Svenska Dagbladet, but she was active as a writer at several newspapers and magazines. She wrote film and TV reviews in Vecko-Journalen until it was closed down in the late 1970s. It was however in the magazine Idun that she began to write about film in the 1940s, under the vignette ”Marianne går på bio”. Early in the 1940s she had also written for the magazine Svensk Damtidning but then in another genre. There she wrote fictional letters addressed to “Dear Eva” and signed “Yours affectionately, Viola”. They are a kind of column in the form of a fictional correspondence in which the reader only has access to Viola’s letters.

Marianne Zetterström writes in her book Dagarna i våras that she did not like appearing in live broadcasts, and that they could cause sleepless nights and migraine attacks, with forgetfulness about what she wanted to say, for example before a discussion about the play The Lie by Ingmar Bergman. She preferred participating in more playful radio programmes like ”Fällor och fel”, broadcast in the mid-1960s, and she also sometimes read her own columns aloud on the radio, as she did during the Christmas and New Year holidays in 1973. 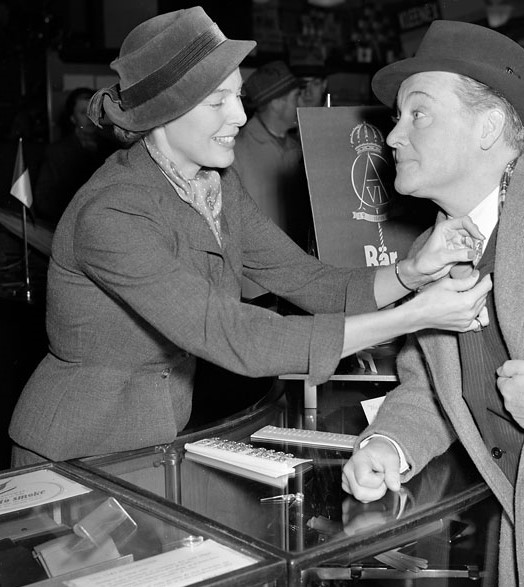