Märta Björnbom was one of the first women in Sweden to gain a Bachelor of Laws degree in the early 20th century.

Märta Björnbom was born in Stockholm in 1888. She was the daughter of customs officer Hjalmar Björnbom and his wife Adolfina Björnbom. She grew up with six siblings. After graduating from high school in 1908 Märta Björnbom continued her education by studying law at Stockholm College. She graduated with a Bachelor of Laws in 1913 and immediately began to work as a lawyer at Stockholm magistrates’ court. From 1914 to 1915 she worked as an associate lawyer at Alrutz legal offices in Stockholm. She also worked as an extraordinary notary clerk in Svea Supreme Court and as a notary clerk at Jämtland northern judicial district. From 1918 Märta Björnbom ran her own legal office. Like Eva Andén, Märta Björnbom mainly worked on family law cases.

In 1918 her husband Karl Romson became employed as town surveyor and head of construction in Lund and so the couple moved to Scania. Their two sons Rolf and Björn were born there. Märta Björnbom continued her legal work in Lund until she separated from her husband in 1925. At that point Märta Björnbom moved back to Stockholm. The same year she became a member of Sveriges advokatsamfund (the Swedish Bar Association). The couple officially divorced in 1927.

Märta Björnbom was also an active member of several societies, many of which were related to her professional life. She was, for example, a member of the International Law Association, and she was chair of Svenska Kvinnors Medborgarförbund (“the Swedish Civic Women’s Federation”), an apolitical organisation aiming to achieve parity between the sexes and to improve conditions for women. 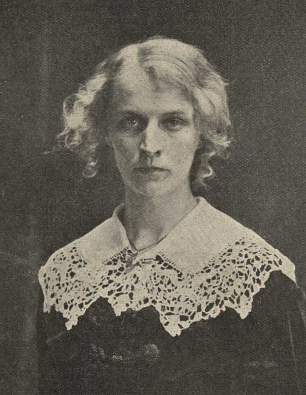