Märta Lindqvist was a journalist, author and translator.

Märta Lindqvist was born and grew up in the wealthy upper-class district of Östermalm in Stockholm. Her father Hugo Lindqvist was a music director, described after his death in 1941 in an obituary in the major Swedish daily newspaper Svenska Dagbladet as one of the veterans of Swedish choral singing. Her mother Louise was an elementary schoolmistress who has been described as profoundly religious. Märta Lindqvist’s home was characterised by her parents’ closeness to the church. She lived there all her life.

She is supposed to have been called ”Red Märta” when she was the women students’ humorous poetess around 1910 at Uppsala University. She also showed her writing gifts as a new employee at Svenska Dagbladet. Märta Lindqvist wrote verses that were printed in the newspaper and sometimes performed by her on outings for ”our older citizens”, as they were usually called, or on Children’s Day, two examples of events that the newspaper covered extensively. Early in the 1920s, she wrote interviews and reportage from visits to the world of films and film-stars in the USA, articles that were published in book form under the title Hos filmstjärnor i USA: snapshots från New York och Hollywood in 1924. In the 1930s, she wrote a couple of ”below the line” articles (understreckare) in Svenska Dagbladet in which she wanted to discuss some unpleasant tendencies in the products of the film industry.

Like several other women journalists of her time, she started her professional life as a teacher, which was a brief career in her case. With an academic qualification in 1913, an M.A. in languages and literature from Uppsala University, and a few years’ experience as a teacher, she soon sought to become a journalist. By then she had also started a career as a translator in 1914, mostly of English, Danish and Norwegian literature — an enterprise that she continued parallel to her employment at Svenska Dagbladet as a journalist from 1916. ”I did not know what job satisfaction was until I became a journalist”, she wrote in answer to a questionnaire in the magazine Idun that was also quoted in Svenska Dagbladet in 1921. Under the signature Quelqu’une she became known and acclaimed for her reportage, personal portraits and interviews.

Apart from her two professions, those of translator and journalist on a daily paper, Märta Lindqvist did freelance work in various contexts. She wrote for example for the weekly magazine Idun in 1917 about a flight high up over Stockholm. She can be seen happily smiling on a photo in the article, together with the pilot, and she concludes her column with the comment that she had definitely been smitten by the flying bacillus and would love to buy a flying machine if only the price was affordable. The pilot whom she praised after this flight was portrayed by her only six months later in Svenska Dagbladet after he had perished in a flying accident.

Märta Lindqvist was probably best known as a writer in Svenska Dagbladet, but she was also a much appreciated lecturer in various contexts. In December 1924, she lectured on ”Four days with a journalist” at the women’s association Sällskapet Nya Idun, and on the radio – a new mass medium at that time – she lectured on Estonian Swedes in 1926, just to give two examples.

Märta Lindqvist’s own attitude to Christian belief was never expressed in her earliest journalism. She started her career like earlier women writers as a general reporter on a newspaper, seemingly interested for the most part in films and fashion. However, like journalists before her, she covered the work of the Salvation Army among the needy in Stockholm and wrote reportage about that. In contrast to most of her colleagues, this led her to be actively engaged for many years in the work of the Salvation Army. In the summer of 1930, she had been invited to join a study trip with seamen’s chaplains visiting harbour cities in Europe, and thus the Salvation Army became a lifelong involvement for her. After Märta Lindqvist’s death in 1939, one of her publishers compiled a book that was a collection of her published articles: Händelser och gestalter: ur Quelqu’unes kristna journalistik. The editors were of the opinion that it showed that her interest in ”expressions of Christian life in general and church aspects in particular” became ever stronger with the years. 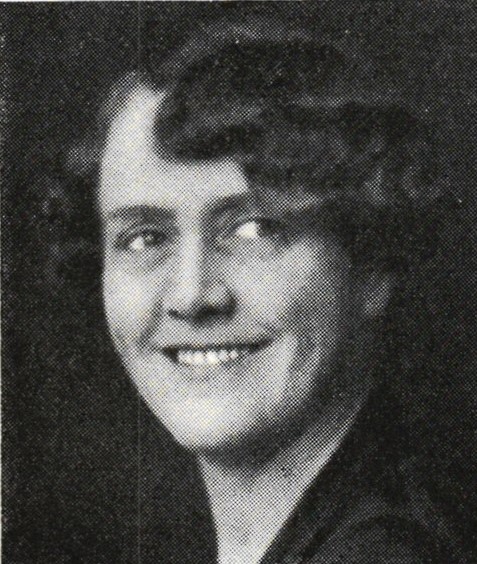