Mathilda Malling, who is better known by her pseudonym Stella Kleve, was one of the most discussed and radical female authors of the literary Swedish modern breakthrough genre. Her work generated a lot of commotion as a result of the sexually candid nature of her short-stories and novels.

Mathilda Malling was born in 1864 at Oskarsfarm farm in Norra Mellby, Scania. She was the first child born to property owner Frans Oskar Kruse and his wife Anna Maria Mathilda. Her family came to include four sisters and a brother. By the time she left Scania in order to begin her studies in Stockholm, followed later by stints in Switzerland and Copenhagen, the family had left Oskarsfarm and spent a few years living outside of Lund before moving back to her childhood area and Vetteryd farm in Norra Mellby. Mathilda Malling also returned there to live and work during the time that she published under the pseudonym of Stella Kleve. From 1886 onwards she was secretly engaged to the Dane Peter Malling. They got married in January 1890 at her parents’ home and then moved to Copenhagen. When Peter Malling died in 1913, Mathilda Malling remained in Denmark and continued to publish new novels, almost annually.

Mathilda Malling wrote around thirty books over the course of four decades. She wrote popular historical novels, novels set on estates, a couple of memoires of her Scanian childhood, a comedy, and a collection of fairy-tales, the majority of them published by the Swedish Bonnier publishing house. It was, however, the work she produced using the pseudonym of Stella Kleve which made her a well-known figure during the 1880s. She wanted to be a modern writer and Stella Kleve came to be seen as worryingly modern. The critic Karl Warburg later acknowledged that during this part of her writing career she tended to be faced with furore rather than acceptance.

Mathilda Malling was far from being the sole female author active at this time, usually termed the literary modern breakthrough era in Sweden. Her contemporaries included, for example, Victoria Benedictsson, Anne Charlotte Leffler and Alfhild Agrell. Although Mathilda Malling had something in common with those three authors, such as an interest in young women’s living conditions, her choice of pseudonym – Stella Kleve – signalled something new at a time when many other women, such as Victoria Benedictsson, opted to use male names in public. She was like the child of a new era. She was young, approximately 15 years younger than the aforementioned author, she was educated, and last, but not least, she had made her debut in the autumn of 1884 with a short story called “Flirtations” in a Danish magazine, translated and introduced by Herman Bang.

Mathilda Malling published under the name of Stella Kleve until December 1888. She released two novels – Berta Funcke in the early summer of 1885 and Alice Brandt in the autumn of 1888. These books left critics shaken and expressing great distaste. Two of the many short stories she published in newspapers and journals only worsened the situation, including those signed off as Stella Kleve. The short story entitled “Pyrrhussegrar”, published in the journal Framåt in October 1886 caused such a fuss that the journal was forced to cease publishing. A month earlier she had published an article in the same journal entitled “Om efterklangs- och indignationslitteraturen i Sverige” which was taken as an attack on the female authors among her contemporaries. She stated that of course authors should write about women’s sometimes difficult living conditions, but that she herself did not just want to copy the realistic short stories and novels that were already available on the market. She sought to introduce a new and sensual form of expression. She also penned articles on decadent authors such as Herman Bang, JP Jacobsen, A C Swinburne and about Ola Hansson’s Sensitiva Amorosa. Mathilda Malling’s last publication using the name of Stella Kleve was the decadent short story entitled “Höstdagar. Ur en mans dagbok” for the Danish journal Ny Jord in December 1888.

In 1894 Mathilda Malling returned to publishing, anonymously, with a work entitled En roman om förste konsuln. This was a historical novel in Swedish although it was published in Denmark. On this occasion the same critics who had disliked her work as Stella Kleve thought highly of this novel. Karl Warburg stated, once it was revealed that the author was in fact Mathilda Malling, that her development showed evidence of literary maturity. From then on Mathilda Malling published her novels with Bonnier publishers who tended to release them simultaneously in Sweden and Denmark. Although her readership grew her work no longer belonged to the literary avant-garde which would have piqued the interest of cultural commentators.

Mathilda Malling died in Copenhagen in 1942. 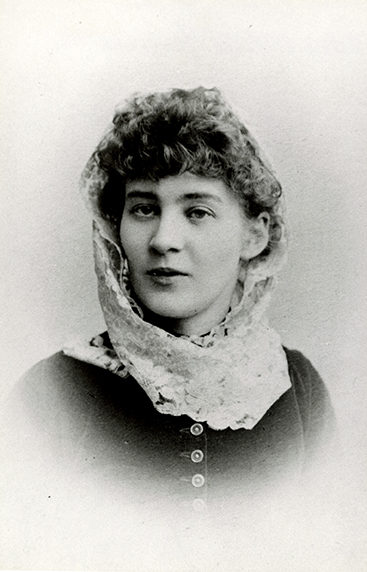