Mathilda Staël von Holstein was one of the first female lawyers in Sweden.

Mathilda Staël von Holstein’s entire working life was spent in Stockholm. She began her professional life as a correspondent at a lawyer’s office in Stockholm during the early 1900s. She then held a variety of posts within the municipal authority up to the end of the 1910s. In the meantime she wanted to gain further qualifications in order to be able to take on more demanding posts and thus – with a focus on legal studies – under her own steam she gained the skills necessary to seek entry into Stockholms högskola (college). She received official dispensation from providing a school-leaving certificate (usually necessary for accessing university-level education) and began to study law whilst she was also earning her living. In April 1918 she became the tenth woman in Sweden to gain her Bachelor of laws.

Mathilda Staël von Holstein was a demanding figure within the legal world. She not only placed exacting demands on herself but also on her legal associates who worked for her firm. She expected all cases to be impeccably dealt with, carried out in both a legally and personally correct manner, but she was also generous and shared her legal expertise with her younger colleagues.

Mathilda Staël von Holstein was also an active member of the Liberal people's party and of the women’s movement. Her engagement in women’s issues began at an early point, particularly as regards the struggle for women’s suffrage, and she also made an important contribution as an expert and secretary of Kommittén angående kvinnors tillträde till civil statstjänst (the committee for women’s access to civil state positions). This came to the fore as part of the intensive reforms introduced following the end of the First World War. The so-called qualifications committee chaired by Emilia Broomé worked with the 1919 enquiry and presented a proposal in February 1920. The committee’s conclusions led to the 1923 qualifications law which placed women on an equal footing with men in terms of both qualifications and access to state jobs, with the exception of military, police, and priest’s posts.

Mathilda Staël von Holstein was an active member of several associations, including Akademiskt bildade kvinnors förening (academically qualified women’s society) and Fredrika-Bremer-Förbundet (association). In the latter she was responsible for legislative matters, in particular. She taught economics and social studies at Folkskoleseminariet för kvinnliga elever (public school programme for female students) in Stockholm for twenty years. Just like Eva Andén she also travelled throughout Sweden and gave talks on law and the economy. She also wrote books and articles for journals on current legal matters. She never married but for many years shared her home with Ingegerd Palme, a real estate agent who ran the Tornet property agency. 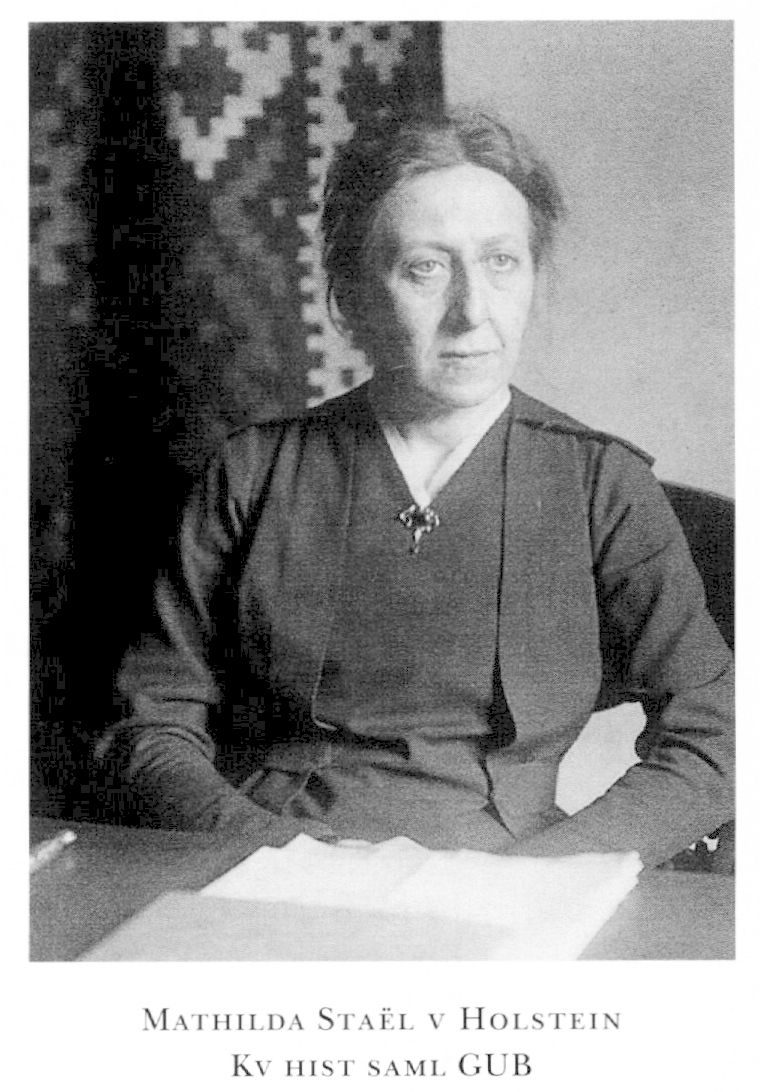