Nursemaid, pioneer, one of the first African-Swedish women

Mazahr (Sara) Makatemele was born in south-east Africa but came to spend most of her life in Kalmar during the second half of the nineteenth century. Her story represents an early and important testament to the experience of African-Swedish women.

Mazahr Makatemele, known in Sweden as Sara, was born in the Transvaal area of south-east Africa in 1845 according to information retained in the census records of the Kalmar cathedral congregation. She was presumably a member of either the Tswana or Sotho tribe within the Ndebele people. Mazahr Makatemele grew up in a small village where her varied duties included caring for a younger cousin.

Mazahr Makatemele’s father had four wives, one of which was her mother Sannabo. Sannabo had five children, three of which were her daughters Mazahr Makatemele, Thalli, and Mech, and a son named Khasatan. Another daughter had either died or been kidnapped during a war. When Mazahr Makatemele was around 12 or 13 years old her village was attacked by a force comprising Boers and men from a different African clan. The women and children of her village were imprisoned and enslaved within white households. Following a failed attempt to escape Mazahr Makatemele was shot and then physically beaten and psychologically abused. A few months later she was sold to a local policeman. Shortly thereafter she was either sold or given to a Swede named Alarik Forssman. Mazahr Makatemele spent four years working as a nanny and maid for the Forssman family who lived in Potchefstroom, Transvaal.

During the early summer of 1862 the Forssman family headed back to Sweden. Mazahr Makatemele and another African girl named Dina accompanied them as nannies. Before they could embark for Kalmar the travellers had to undertake a journey of 70 (Swedish) miles from Potchefstroom to the port town of Durban in Natal. This entailed crossing mountains, rivers, savannahs and forests, a journey which took nearly three months and, according to Mazahr Makatemele, was very taxing.

In November 1862, following another three months of travel, the Forssmans, Dina, and Mazahr Makatemele all arrived in Kalmar. At this point Mazahr Makatemele was 16 years old and heavily pregnant. She is listed as unmarried in Swedish records and this has generated an amount of speculation regarding the identity of her child’s father. Was it Alarik Forssman? Had she been raped? She herself always claimed that the father of her child was a man in the Transvaal with whom she had legitimately been united following African custom.

Anecdotally it seems that the arrival of the two African girls in Kalmar caused a sensation in the Swedish town, albeit there are no printed records to support these claims. It has also been alleged that Mazahr Makatemele was the inspiration for the religious revival movement song “Där uppe ingen död skall vara”, also known as “Lilla svarta Sara”. Although there may be a connection to the revival movement it is uncertain whether the claims are true. In the song Sara dies whilst still a child and it is more likely that the origins of the song lie in a British missionary journal.

In contrast it is certain that the two African girls awoke warm feelings amongst the local Christian missionaries’ readers. Upon their arrival in Sweden Dina and Mazahr Makatemele were immediately taken into the care of Carl Johan and Marie Borell, who were both active members of Svenska Missionssällskapet (Swedish missionary society) and of the revival movement. They arranged for Dina to be baptised before she returned to Africa with the Forssman family in June 1863. Mazahr Makatemele’s baptism was delayed until she had given birth. On 8 January 1963 she gave birth to a daughter, who was baptised Emelie (Millan) Cecilia Maria and given the made-up surname of Boy, a term which tended to be used by Europeans and white Americans as a derogatory terms for African or African-American men.

In August 1863 the Forssman family left Kalmar with Dina. Mazahr Makatemele and young Millan stayed behind in Sweden with the Borells who took Millan in as a foster child. The following summer, on 2 July 1864, Mazahr Makatemele was baptised Sara Magdalena at a fully-attended service in Kalmar cathedral. Amongst the baptismal witnesses was an individual who had become central to Mazahr Makatemele’s life, namely Cecilia Fryxell, whom she had met through the Borells. Cecilia Fryxell was, like the Borells, very active within the local Christian reading circles. Cecilia Fryxell had harboured ambitions of becoming a missionary when she was younger but instead she became one of the key figures within the educational movement to provide increased educational opportunities for girls in Sweden. As part of this she had founded Rostad girls’ school in Kalmar. Mazahr Makatemele eventually moved in at Rostad where she then worked as a maid. He daughter, Millan, gained a fee-free place at the school, funded by Cecilia Fryxell herself, and was given lessons in music and sewing. As an adult Millan went on to work as a piano teacher and a seamstress.

Cecilia Fryxell died in 1883. Mazahr Makatemele carried on working at Rostad for the next few years. In the early 1890s both Carl Johan and Marie Borell passed away. Millan and Mazahr Makatemele then moved into an apartment together in 1895 where they stayed for the next five years until Millan suddenly fell ill. She died a few weeks later of what was probably a kidney infection, aged only 37. Following the death of her daughter Mazahr Makatemele’s life took a turn for the worse. She had lost all the people who had been close to her. Having always found the Swedish language difficult, Millan had in many ways served as Mazahr Makatemele’s interpreter. She increasingly began to suffer from ill health and found it hard to walk. She moved into a small apartment on Fiskargatan 21 where she saw out the rest of her days.

Mazahr Makatemele led an extraordinary life. As a child she experienced the brutality of colonialist policies. She found herself treated like a commodity and by chance ended up in Kalmar. There she became a project of the local missionaries, which brought some benefits but also had its drawbacks. She gained material security and protective patrons who safeguarded her own and her child’s existence and showed them compassion. But at what price? How much did she have to conform in order to fulfil her patrons’ wishes and hopes of converting her? What would have happened if she had not agreed to being baptised or attending the church services? Would she have had a realistic chance of returning to her homeland? What was it like to be the first black woman in Kalmar? What was it really like to be Mazahr Makatemele?

Mazahr Makatemele died in Kalmar in 1903. Her grave lies at Södra kyrkogården (the southern cemetery) in that town. Her tombstone carries the inscription “Kafferkvinnan Sara. Död 1903” (The kaffer woman Sara. Died 1903). In 2018 a commemorative ceremony was held for Mazahr Makatemele at her grave and a sign was placed there debating the choice of words used on her tombstone. Her daughter Millan also lies buried in the same cemetery. 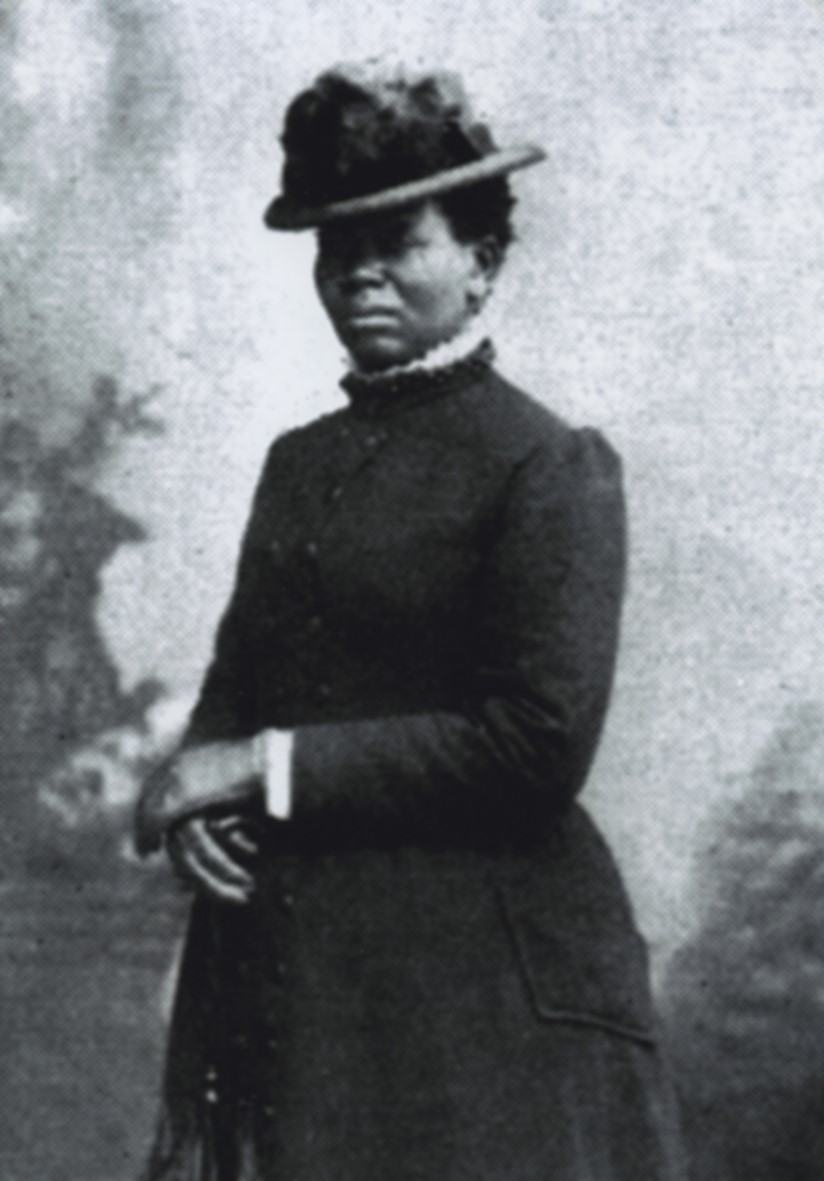