Mimmo Wåhlander was an actress who, with her special charisma, became a brilliant name in a new youthful generation that appeared during the 1950s.

Lillemor Astrid (Mimmo) Wåhlander was the daughter of the journalist Herbert Wåhlander at Östgöten in Linköping, later Arbetet in Malmö, and Astrid Wåhlander, née Ekdahl. According to herself, Mimmi Wåhlander loved dressing up and performing small plays even as a small child, and she dreamed about being a star. Later she started doing amateur dramatics at Lilla Teatern in Lund. Simultaneously, she was discovered as a photo model and mannequin.

In 1955, she started as a pupil at the Malmö city theatre’s drama school and as the top pupil there in 1957, she made her breakthrough in the play Anne Frank’s Diary. One critic was of the opinion that this role was her definitive step from being a pupil to being an actress. He saw a promising future for Mimmo Wåhlander. During the following years, she performed in all kinds of roles like for example Ariel in The Tempest, or in the musical The Boyfriend and she became one of the favourites of the Malmö audiences. Her role in Vilhelm Moberg’s play Domaren led to her winning Teaterförbundet’s Wilhelm Moberg award. From the beginning of the 1960s, she also started filming and was employed in TV theatre. The TV medium helped her to reach out to truly large audiences and the role of Tintomara in Drottningens juvelsmycke in 1967 became her breakthrough also on the national level.

The 1970s were a difficult period for her. Having recently been widowed, and alone with young twin boys, she also had to experience the hard conditions that confront an actress on her way into middle age and without fixed employment. Sometimes she had to support the family by working in healthcare.

She was possibly also limited by the characteristics that contributed to her breakthrough in Drottningens juvelsmycke. There was little demand for the types of role that were shown to be successful for her, the almost ethereal and unearthly figures whom her charisma brought to life. Her ”magical deer-like eyes” were often mentioned as was the Madonna-like shimmer over her narrow, gentle face. She herself expressed her weariness with such epithets and over being judged according to them.

Mimmo Wåhlander was often given roles as vulnerable women. It is symptomatic that her stage breakthrough came as the persecuted Jewish girl Anne Frank. After that, she was given a number of roles in a similar style, like for example the persecuted daughter of a director in the film Goda vänner trogna grannar or as the concierge’s daughter in Pärlemor, who was subjected to incestuous abuse by her father.

One obvious example of a role in which she had to interpret social vulnerability and rejection at the same time as she had the opportunity of expressing her special charisma was as the historical figure Helena Ekblom in Predikare-Lena, a TV film based on Tore Zetterholm’s play which in turn was based on his novel with the same title. The TV version itself met with rather inclement criticism, but it was impossible not to praise Mimmo Wåhlander for her interpretation of this strange personality from the religious sphere of the early 1800s. One critic thought that she was ”sanctimonious” while another considered that she ”performed a minor miracle”. A third found that she had now toned down her previously tense style of acting to ”a touching gentle firmness and even learnt the immense expressive power of small gestures.”

A more discrepant role was that of the Yngsjö murderess Anna Månsdotter in the new version for TV of Yngsjömordet in 1986. In it, she was the evil genius in this triangle drama with incestuous overtones. However, here also her special charisma with her burning, dark eyes was to create depth in the main character.

Mimmo Wåhlander died in 1992 and is buried in the memorial grove of the Kungsholm Cemetery. She was the mother of the actor Sven Ahlström. 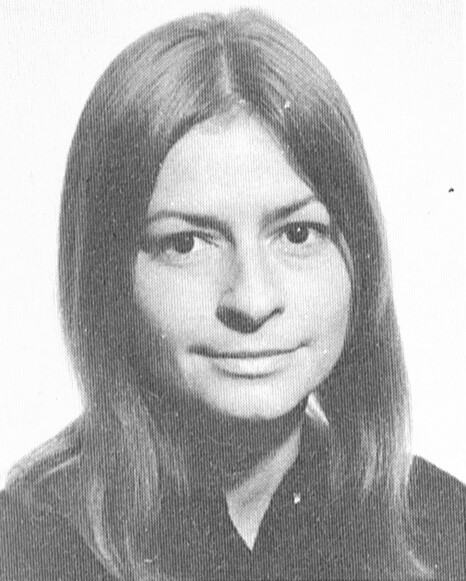