Nancy Edberg was involved in introducing swimming and skating as women’s sports in Sweden.

Nancy Edberg was born in Ytterjärna parish in Södermanland in 1832. Her parents were Theodor Berg, a ticket-collector, and Johanna Ulrica Edberg. Nancy Edberg had been taught to swim by her father and in 1847 she was appointed as a swimming instructor at the newly-established Kvinnobadhuset (women’s bathing facility) in Stockholm. Four years later Nancy Edberg became one of the first women to gain a master’s qualification in swimming at Åbomska swimming school.

Having spent a few years running a swimming school Nancy Edberg set up her own swimming facility in 1859. However, the road to achieve this goal had been a testing one. She was repeatedly knocked back whenever she proposed creating a swimming facility for women, with phrases like: “does mademoiselle intend to drown people?”. For several years Nancy Edberg struggled to promote her idea until she finally won the support of King Oscar I. Lacking the funds to have the facility constructed she organised swimming displays by her learners at which visitors could sign up for a share in the new enterprise. In three days she collected 9,000 kronors worth of signatories which allowed construction to begin on a women’s swimming facility at Kastellholmen.

Following the facility’s inauguration Nancy Edberg worked there as a swimming instructor until 1866. Her learners included several members of the royalty, including Alexandra of Denmark and Queen Lovisa. That female members of the royalty were learning to swim helped the public to become more accepting of the fact that it was socially appropriate for women to swim. News of Nancy Edberg’s activities spread rapidly, even beyond Swedish borders, and in 1865 she gained the opportunity to establish swimming instruction for women in Oslo, Norway, followed then by Copenhagen, Denmark, as well as in Trondheim and various Swedish towns. After receiving a stipend from the Swedish royal couple Nancy Edberg travelled to St Petersburg. Her visit there is said to have inspired Leo Tolstoy to create a character in Anna Karenina who is described as “the Swedish queen’s female swimming instructor”.

Another sport which at the time was considered inappropriate for women to practise was that of skating. However, this did not stop Nancy Edberg from tackling the issue by erecting a barrier around the ice-rink, thereby preventing the women who were taking skating lessons being seen by those passing by. Nancy Edberg had learned from her experience in making swimming accessible to women: she invited female members of the royal family to have skating lessons. Once again this had the desired impact and ice-skating rapidly became a popular past-time amongst women.

In 1867 Nancy Edberg married the Danish lithographer Carl Andrésen, who died only six years later, however. In 1890 Nancy Edberg was portrayed on the cover of Idun journal, which published an article describing her pioneering social contributions in both words and text.

Nancy Edberg died in Stockholm in 1892. 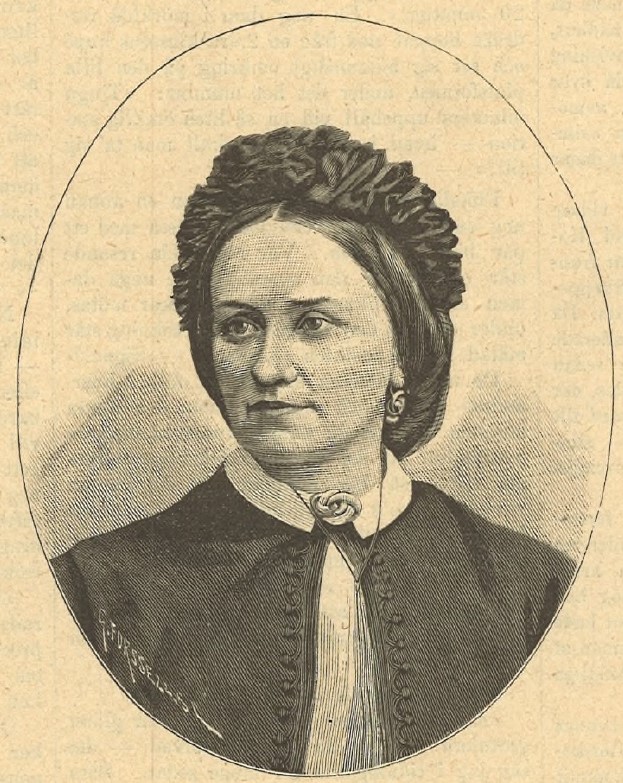