Nelly Hall was a female preacher of the late nineteenth century who was also active in Helgelseförbundet (“the Sanctification Society”).

Nelly Hall was born in 1848 at Nybble farm in Väderstad, Östergötland. Her father had sat the “kameral” exam (a qualification required for state employment) in Lund and provided for his family by being a low-level civil servant. Her mother, Wendela Beckman, cared for the expanding family. Throughout Nelly Hall’s childhood the family moved fairly regularly. In 1865 her parent sent an application Högre lärarinneseminariet (the advanced teacher training programme) in Stockholm on her behalf. Having passed the entrance exam Nelly Hall undertook the three-year training there. She graduated in 1868 as the top student. She had earned 15 As and her strongest subjects included history, Christianity, song, pedagogics and teaching competency.

Nelly Hall’s first employment was as a general teacher at the Kjellberg girls’ school in Gothenburg. Three years later she began to work at the Sigrid Rudebeck school in the same town. There she taught languages, history and Bible study. Her interest in religious matters led to her translating the American evangelist W.E. Boardman’s books into Swedish. Boardman, similar to a host of other internationally known revivalist preachers, had visited Sweden, and several of these visitors had been invited to the Sigrid Rudebeck school. Nelly Hall was also acquainted with the Salvation Army and visited their headquarters in London in the autumn of 1882. On her return to Sweden she resigned from her job and became a fulltime preacher. She then spent nearly 20 years travelling through Sweden, Finland, Norway, Germany and the USA. She preached, sang, prayed for those who were unwell, and collaborated with both male and female preachers and singers. Fredrik Franson was one of the better known individuals who she travelled with to Finland and Germany. During another period Nelly Hall’s closest colleague was the former opera singer Ida Nihlén. They performed together throughout Sweden and they toured the USA from 1892 to 1894. When Ida Nihlén got married and settled in the USA they finally parted ways as Nelly Hall returned to Sweden.

Nelly Hall’s theological inspiration came from both English and American teachings on sanctification and sinlessness. As a result of her preaching activities – as well as that of others – in the Örebro region, Helgelseförbundet was established at Torp farm in 1887. Nelly Hall was a member of the first board and a secretary of the mission committee, which was responsible for the society’s missionary work in South Africa and in China. She regularly published information about the missionary work across the globe in the Helgelseförbund journal Trons Segrar. She also continued her own translation work of theological literature. Above all, she wrote travelogues, providing reports on the various places she visited. These letters were published in various magazines and newspapers such as Trons Segrar, Hemlandswännen, Svenska Posten, and Chicago-Posten, which was published in the USA.

In 1901 Nelly Hall travelled to the USA for the second time and for an undecided time. It became apparent that her journey actually was a flight from Sweden and from the environment she was working in there. She did not leave quietly, in fact she publicly announced her departure by writing a public declaration in Trons Segrar. After her arrival in the USA all traces of her largely vanish. There is evidence that she gave language and music lessons during the last 15 years of her life, and that for a time she sold beauty and health products on behalf of Nutriola Company. She died in July 1916, aged 68, in her home in Brockton, Massachusetts. The cause of death was heart failure and her death certificate described her as a missionary and as single. She was buried at Melrose Cemetery. After she died tributes were printed in both Sweden and the USA, which spoke of her significance as a woman and as a preacher, and of her collaboration with C.T. Russell, the founder of the movement which became known as Jehovah’s Witnesses in the 1930s. Although there is only fragmentary evidence that she had any contact with Russell or his movement this connection came to be repeated in commemorations of the Helgelseförbund and overshadowed her importance as a preacher and defender of a woman’s right to be a public speaker.

Most of Nelly Hall’s private life remains unknown. However she left traces of herself through her public work as a preacher and as a writer during the 1880s and 1890s. She was well-educated and a good teacher and instructor. She attracted large audiences for her meetings and was well-organised. She made a conscious decision to go public and she defended the right of women to preach both in the press and by undertaking more preaching than most of her female contemporaries did. Her main role models in terms of female preachers were Catherine Booth, Phoebe Palmer, Madame Guyon, Debora, and Foibe. She herself was a well-known and much liked preacher who inspired many of her contemporaries. 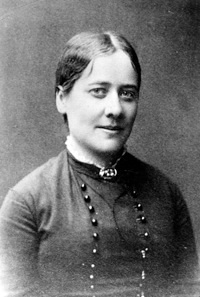