Maria Johanna “Ninni” Kronberg was a Swedish inventor whose patent for powdered milk led to the founding of the Semper AB company.

Ninni Kronberg was born in Gävle in 1874. She was the daughter of Viktor Berggren, the naval captain and head of the so-called "lotsfördelning", which at the time was responsible for coastal and inland waters, and his wife Caroline Louise Stuart. She was related to the well-known shipowner and wholesaler family Berggren in Gävle. She was educated by governesses but never took a school-leaving exam. In 1896 she married the wholesaler Erik Kronberg of Gävle, whose father was the well-to-do wholesaler B. G. Kronberg. Ninni, now Mrs. Kronberg, ran a large household. Her hobbies were painting and handicrafts. The couple also enjoyed sailing and travelling.

Ninni Kronberg’s husband was one of the owners of B. G. Krongbergs Spannmålsaffär & Maltfabrik and he took over the business in 1901 after his father’s death. In 1915 the business became a limited company called AB Kronbergs Maltfabrik. Ninni Kronberg was also active in the business alongside her husband. When the company went bankrupt in 1922 Erik Kronberg transferred to another business with his own company called Erik Kronberg AB. At this time trouble was brewing in the childless marriage and in the early 1920s Ninni Kronberg moved in with her friend Gudrun Juel-Westrup, a consul’s wife living on Rydsgård estate in Scania. Ninni Kronberg’s divorce was finalised in 1925.

The consul Wilhelm Westrup had unsuccessfully attempted to preserve milk at Rydsgård. Now Ninni Kronberg took an interest in the challenge. She brought the knowledge she had gained from the developmental work at Maltfabriken and immediately introduced the yeast product called Practic. The product was launched by the company AB Practic Comp Ltd which Ninni Kronberg had established in conjunction with the Westrups. After further nutritional research at Rydsgård, in 1927 Ninni Kronberg received her first patent under her own name. She had developed a milk serum substance intended for use in improving dough.

The milk serum was not far off what would become her great success with dried milk. Although attempts at making preservable dried milk had been made in Sweden and in other countries, the results had never been entirely satisfactory. Following several years of laboratory work during the early 1930s, Ninni Kronberg was able to lodge an application for a patent in 1934 for a new and improved method of producing a more preservable dried form of milk, patent 85916. That patent, and the ensuing patent 96765, which was lodged in 1937 and in which she had further developed her methods, would become the basis for an entire new industry.

Sweden produced a surplus of milk, but could not export it due to its perishable nature. Ninni Kronberg’s invention meant that the surplus could be put into use. Powdered milk was successfully tested in the field by the Kungliga Svea Ingenjörkår (Royal Svea Engineer Regiment) provisioning service during 1937. This resulted in Ninni Kronberg receiving a state grant of 25,000 kroner the following year in order to develeop the powdered milk patent within Sweden. One condition was that a Swedish limited company with shares valued at a minimum of 250,000 kroner was to be set up in order to produce the milk. Although Mejerikooperation (dairy cooperative) was approached it showed no interest in the powdered milk patent. Instead Axel Wenner-Gren, the founder of Electrolux, took on the invention. He staked 250,000 kroner on shares and set up Svenska Mjölkprodukter AB (SMP) in 1938. Ninni Kronberg was not a member of the SMP’s board, as the company chose instead to sign a licence agreement allowing them to produce the powdered milk according to her patent. The initial intention was to export the milk. Great Britain, in particular, showed interest, as the preservable aspect of the product made it appropriate for use in the colonies.

SMP set up a factory in Kimstad, south of Norrköping, whilst the headquarters lay in Stockholm. Sometimes Ninni Kronberg was active at Kimstad herself. At the same time she also established a company called AB Skånskt bindmedel with which she wanted to apply and further develop dried milk as a binding agent in prepared meat products. She had obtained a patent for this in 1935.

Production began in Kimstad on 1 September 1939. However, the outbreak of war that same month meant that all exports came to a halt. Instead, the factory supplied powdered milk to the Swedish emergency provisions authority and to Svenska Frivilligkåren (Swedish Volunteer Corps) in Finland. Thus despite the cessation of exports due to the war the company still enjoyed a profitable start and in 1942 a second factory was opened in Götene.

Ninni Kronberg received a further state grant in 1940. This was to allow her to continue her research on dairy, bakery, and prepared meat products. She also developed a domestic feed concentrate for beef cattle to replace foreign concentrates during the war.

Otherwise, the 1940s came to be overshadowed by legal disputes. Ninni Kronberg accused the banker C. Bert Lilja & Co., as well as the property owner Erik von Geijer of having tried to deprive her of her contract with SMP for their own gain. She had pawned the contract as part of a business deal with Geijer, but, without informing her, he had sold it on to C. Bert Lilja & Co., owned by Carl Bertil Lilja who was the chair of the SMP board. The court decided in favour of Ninni Kronberg’s rights to the contract. Ninni Kronberg quarrelled with SMP with regard to royalty payments over the ensuing years and, in fact, for the duration of her life. SMP argued that Ninni Kronberg’s patent had never actually been used in their production and that royalty payments should therefore cease.

Ninni Kronberg died in 1949 aged 75. SMP changed its name to Semper in 1963. By 2017 it was a food company with a focus on powdered milk and children’s food. Semper now states that Ninni Kronberg’s discovery laid the ground for the company. 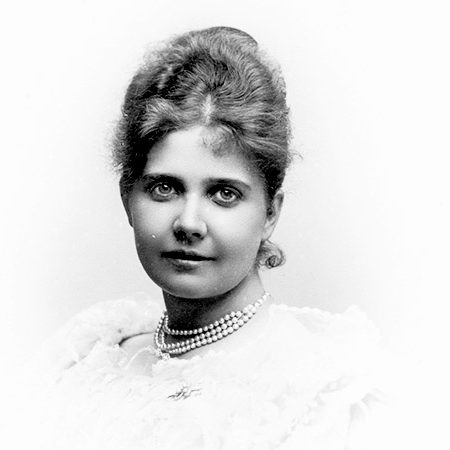