Regina Beck-Friis was a ballet dancer, a choreographer, and a dance expert.

Elisabet Regina Beck-Friis was born Regina Nordenfelt in Stockholm on January 18, 1940. She was the daughter of Per Nordenfelt, a doctor, and Birgitta Nordenfelt, a music teacher. She had two older sisters and a sister who was four yeas her junior. Life in the family home was marked by a great interest in music. Her mother ran a music school called Birgitta Nordenfelts musikskola at which her teaching was based on ancient music. She also highlighted the importance of the interrelated nature of the various art forms of music, dance, art, and literature. Regina Beck-Friis, doubtlessly influenced by her mother’s activities, attended the Kungliga Operan ballet school from 1949–1957. She was subsequently employed as a ballet dancer at Kungliga Operan from 1957–1982. Regina Beck-Friis also gave dance lessons and worked as a choreographer in addition to her profession as a dancer. She developed an interest in ancient dance styles at an early stage of her career. This interest led her, in 1962, to begin researching into ancient dance techniques with the choreographer Mary Skeaping, then head of the ballet. In 1963 Regina Beck-Friis married Johan Beck-Friis, a doctor. The couple had two daughters, born in 1965 and 1970 respectively.

Regina Beck-Friis began to teach Historical Dancing at Koregrafiska institutet in Stockholm in 1964. Two years later she threw herself into choreographing dance sections for older operas, primarily at Drottningholms Slottsteater. Her efforts eventually resulted in around thirty works. She also served as choreographer at Ulriksdals Slottsteater Confidencen and at Kungliga Operan. Her reconstructed ballets from the Baroque and Rococo eras garnered a lot of attention and pulled in audiences from across the whole dance world. Meanwhile, from 1971–1987 Regina Beck-Friis continued teaching historical dancing at Danshögskolan (now Dans- och cirkushögskolan, college of dance and circus skills) as well as at Operahögskolan. In 1987 she began to teach the history of dance at Svenska Balettskolans gymnasium. She also served as a guest lecturer at Danshögskolan and at Stockholm university.

Regina Beck-Friis’ research into ancient dance resulted in a three-volume work on the history of dance, entitled Dansnöjen genom tiden. The first volume, which dealt with the Baroque period, was released in 1980 and was jointly written with the librarian Magnus Blomkvist and with her mother Birgitta Nordenfelt. This volume described various dances from circa 1450 until 1600, placing them within their historical contexts. In 1985 Regina Beck-Friis created her first longer work of ballet for Drottningholmsteatern. It was called Don Juan and was set to music by Christoph Willibald Gluck. It was inspired by an Italian tract on dance which had been translated by Mary Skeaping. For the first time in the modern era this virtuoso dance technique became available to the general public.

After a forty-year period of dancing Regina Beck-Friis began to suffer from multiple sclerosis. Despite her serious illness she continued to research, write, and choreograph. Her strength of will and determination not to give up was impressive, as was her enthusiasm for the art of dance. The focus of her research lay in Swedish editions of foreign material. In 1989 she created the ballet Tillfälle gör tjufven for Confidencen. This ballet was a major success and was deemed a ‘masterpiece’. The reviews described it as ingenious, exuberant, imaginative, and surprising. It was a ballet full of joy and good humour.

Parts two and three of Dansnöjen genom tiden, subtitled Frankrike under Ludvig XIV and 1700-talets dans på scen och i salong, were published in 1998. Part two had the same authors as the first volume, but part three saw Birgitta Nordenfelt replaced by David Walker, a scenographer. This landmark work on the history of dance will serve as the fundamental source for the field of historical dance for the foreseeable future.

Regina Beck-Friis’ final ballet for Drottningholmsteatern had its premiere in 2000 and was entitled Semiramis. The original had been created in 1765 by the choreographer and dancer Gaspero Angiolini, set to music by Gluck. This is an extremely dramatic, tragic ballet. Regina Beck-Friis was also responsible for many dance contributions to various programmes performed at Kungliga Operan, Maxim, and at several other stages, and she also worked on various TV-programmes. Several of her best works were created during the time of her illness. In 2001 she was appointed honorary member of the Society of Dance History Scholars, an American society for dance researchers. 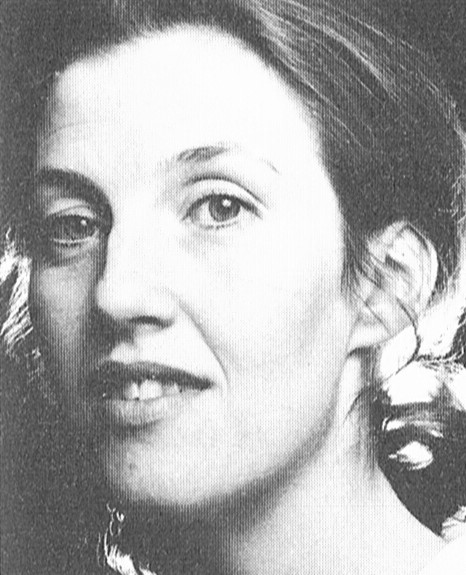