Renée Björling was a notable actor and drama teacher of the twentieth century.

Renée Björling was born on Lovö in 1898. She was the daughter of Carl Olof Björling, an office manager, and his wife Manda Björling, née Lindroth, who was an actor. Her parents divorced in 1904 after which her mother remarried and had a son named Johan Falck. Renée Björling’s father also remarried and had two sons named Sigurd and Anders. Her brother Johan became an actor, whilst Sigurd Björling became an opera singer, appointed to the royal Swedish court from 1946. Renée Björling initially attended the French school in Stockholm and subsequently, from 1915–1917, went to the Dramaten (royal dramatic theatre) theatre school where Maria Schildknecht was her instructor in stage performance.

Having completed theatre school Renée Björling spent the period of 1917–1920 working in Gothenburg. Initially, from 1917–1918, Hjalmar Selander hired her at Nya teatern, followed by a stint at Lorensbergteatern from 1919–1920. In the autumn of 1920 she made a guest appearance with her maternal uncle Knut Lindroth’s theatre company. She then returned to Stockholm, where from 1921–1925 she first worked with Albert Ranft at Svenska teatern and at Vasateatern followed by a period at Oscarsteatern from 1926–1927, and finally at Dramaten from 1927 until 1971. At the latter she performed over 150 roles.

At the age of twelve, in 1910, Renée Björling played the role of Bertha in Fadren at Intima Teatern, a theatre run by her stepfather, August Falck, and where her mother was one of the leading actors. Renée Björling’s performances during her time in Gothenburg included Sigrid in Bröllopet på Ulfåsa, Ophelia in Hamlet, Solveig in Peer Gynt, Karin Månsdotter in Gustav Vasa, Agda in Johan Ulfstjerna and Rosalinda in As You Like It. Some of her later roles included Bianca in a 1927 production of The Taming of the Shrew at Oscarsteatern, as well as the following roles at Dramaten: Angelique in The Imaginary Invalid in 1927, Maria Credaro in The Bachelor Father in 1930, Miss Tox in The Pickwick Papers in 1931, the leader of the Choir in Medea in 1934, Maria von Degerfelt in Ett brott in 1935, Queen Margareta Leijonhufvud in Gustav Vasa in 1939, Frida in Farmor och Vår Herre in 1941, Elizabeth Boleyn in En dag av tusen in 1949, Juliane Tesman in Hedda Gabler in 1964, and Molly in The Threepenny Opera in 1969. She also performed the part of Mrs Higgins in a 1959 production of My Fair Lady at Oscarsteatern.

Renée Björling began her film career in 1912, reprising the role of Bertha in the Anna Hofmann-Uddgren film adaptation of August Strindberg’s Fadren in which the title role was played by August Falck. Renée Björling appeared in around 40 films in total. These included Dunungen in 1919, Klostret i Sendomir in 1920, Carolina Rediviva in 1920, Vallfarten till Kevlaar in 1921, Fröken Fob in 1923, Norrtullsligan in 1923, Carl XII:s kurir in 1924, Livet på landet in 1924, Två konungar in 1925, Charleys Tant in 1926, Vi som går köksvägen in 1932, Striden går vidare in 1941, Den allvarsamma leken in 1945, En lektion i kärlek in 1954 and Kärlekens decimaler in 1960. Renée Björling also appeared in a Danish silent movie beside her mother in 1914. Her heyday within Swedish films occurred during the silent movies era, starting with her breakthrough film, Dunungen.

Renée Björling appeared in a 1955 television-series called Foreign Intrigue as well as in two television theatre productions: Porslinsfröken in 1957 and Pygmalion in 1968. In the latter she reprised the role of Mrs Higgins. She also appeared in several radio theatre productions and was also active as a teacher at Dramatens elevskola from 1948–1964 where she taught stage performance and elocution skills.

Renée Björling possessed superb diction, a cool charm, and a finely-tuned sense for comic acting. Many of the roles she performed were of young girls to which she lent a poetic lustre and a soft character portrayal. She enjoyed a long career which lasted over a period of six decades, five of which were largely spent at Dramaten.

Renée Björling was married to Lieutenant, and later Captain, Gunnar Ursell from 1925–1932. They had a daughter named Monica.

Renée Björling died in Stockholm in 1975. She is buried at the Woodland Cemetery in Stockholm. 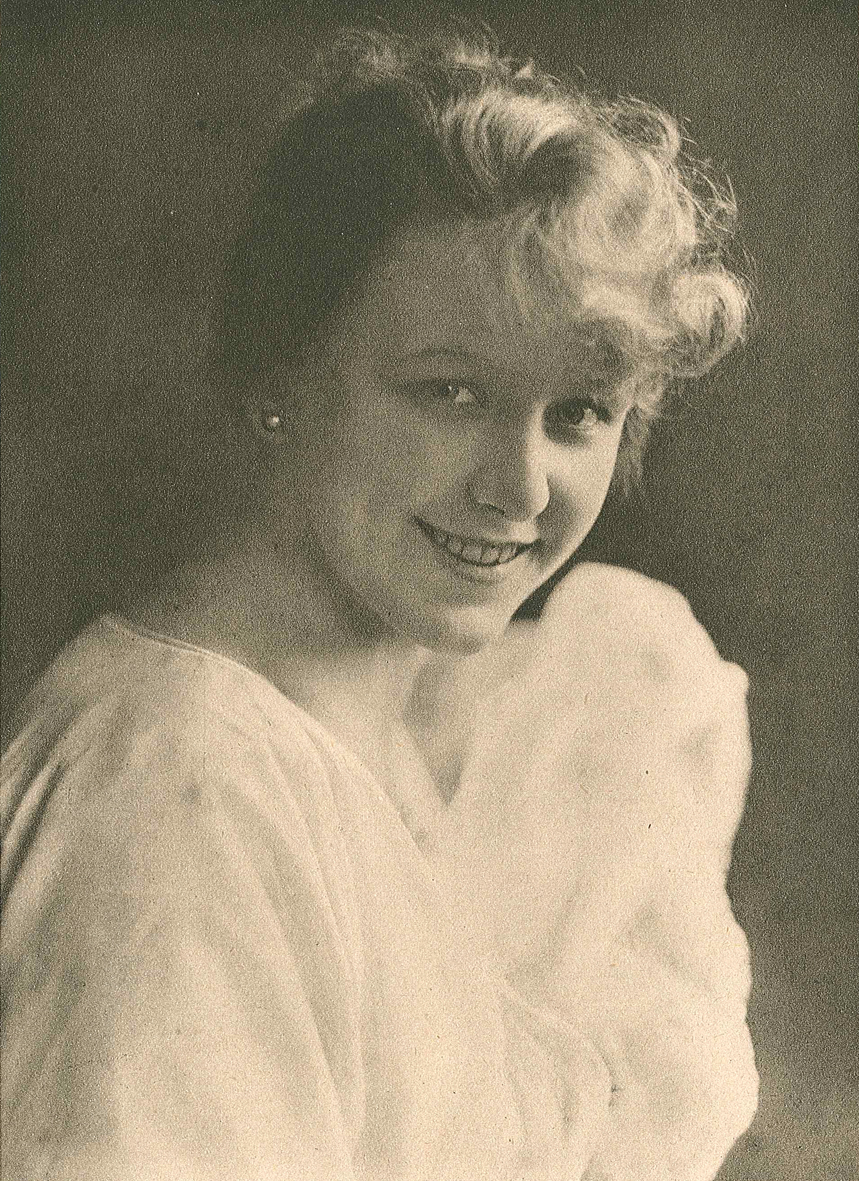