Rosa Malmström was one of the founders of Kvinnohistoriskt arkiv (now known as KvinnSam: women’s history archive) at Gothenburg university library. The other co-founders were Asta Ekenvall and Eva Pineus.

Rosa Malmström was born in Regna, Östergötland. She was the daughter of Axel Malmström. She attended school in Vänersborg, from which she gained her school-leaving certificate in 1928. She then enrolled at Gothenburg college in order to train as a teacher. After gaining her Master’s degree she spent a few years working at a private school in Stockholm. In 1938 she changed tack and sought and obtained a probationary post at Göteborgs stadsbibliotek (city library), later to become Gothenburg university library. She was subsequently taken on permanently and worked there until her retirement in 1971. Her remit included the acquisition of foreign literature and being responsible for the library’s information service.

Throughout her library employment Rosa Malmström always took note of anything she found with regard to literature about women. The reason behind this lay in her strong interest in matters relating to women’s policies, which was also nurtured by her own observations from within the library world. She had seen, for example, how the purchasing policy sometimes resulted in the decision not to acquire work written by female authors within a monograph series. She had also seen how gender discrimination was expressed within the classification system. This led her to put material together as a “Swedish women’s studies bibliography”, which was to correspond to Svensk historisk bibliografi.

In 1958 the Swedish church synod decided that women would be given the right to become priests. Rosa Malmström had followed the debate closely and put together a bibliography of published Swedish material on the question of women-priests called Kvinnliga präster: bibliografi över i Sverige tryckt litteratur. She then published a variety of bibliographies, such as her 1981 Kvinnor och kvinnohistoria: förteckning över bibliografier.

In 1957 the intellectual historian and women’s studies specialist Asta Ekenvall was appointed to Gothenburg university library. In making use of bibliographies and literature surveys in her scientific research she had discovered how difficult it was to obtain material on women when using the existing bibliographic resources. She and Rosa Malmström decided that, in addition to their day jobs at the university library, they would seek to contribute toward the simplification and promotion of research into women’s studies. They invited Eva Pineus, chair of the local section of Fredrika-Bremer-Förbundet (association), to join them and in 1958 stiftelsen Kvinnohistoriskt arkiv (the women’s studies archive foundation) was founded. By setting up a foundation they were able to apply for support from the city, however, in the main, the enterprise was funded through occasional contributions and voluntary work.

This project revealed the growing need in the area and in 1971, following the joint submission of all the various political parties’ women’s associations of a single motion, a library post was established by parliament to allow the work to continue. At this point the foundation handed over its materials to Gothenburg university library who took over the enterprise, renaming it Kvinnohistoriska samlingarna and providing specific premises for this.

Rosa Malmström’s creation of the women’s history collection has been of extraordinarily significant value to researchers across the Nordic countries and her bibliographical works have been of major importance to research. In 1987 she was awarded an honorary doctorate from Gothenburg university and in 1994 she became a state-appointed professor. 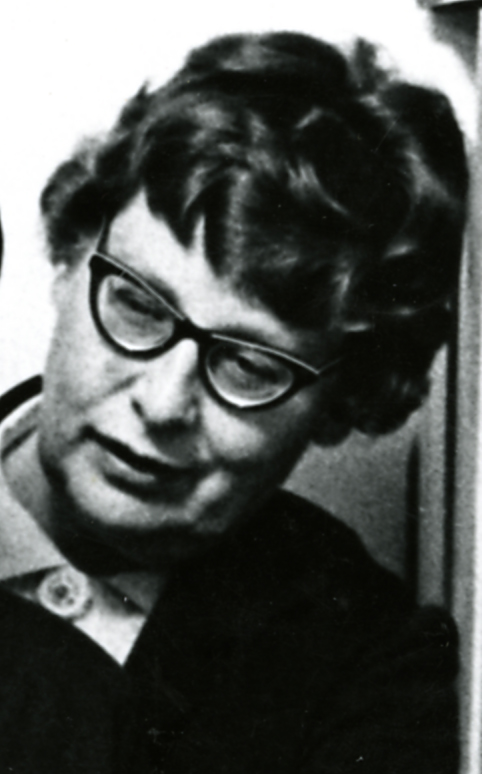