Ruth Svedberg was the first Swedish female track and field athlete to win an Olympic medal. Up until 2013 she was also the female athlete with the most individual Swedish championship gold medals.

Ruth Svedberg was born in Malmberget in Gällivare. She was the fourth of six children born to Gustaf Oskar Svedberg, a stonemason, and his wife Sofia Vilhelmina Johansson. In 1912 the family settled in the Gamlestaden section of Gothenburg. Later on they moved to Stockholmsgatan 11 and this remained the unmarried Ruth Svedberg’s home address until her death.

Ruth Svedberg, who was working as a shop assistant, began to train three times a week at Slottsskogsvallen in Gothenburg when she was in her twenties. By pure chance she started her workouts with the shot put and the discus. She and the other women present were asked to throw a shot put as far as they could and Ruth Svedberg’s went furthest.

Ruth Svedberg’s first competitive win was in a local shot put competition against a team from England in 1925. The following year she served as one of the flag-bearers at the inauguration of the 1926 ‘damolympiad’, the second Women’s World Games, held at Slottsskogsvallen. There were a hundred competitors from nine states. Ruth Svedberg achieved fourth place in the discus throw in what was a very successful round of games. These games have come to be viewed as a breakthrough for women’s athletics in Sweden.

The first Olympic Games with female competitors was held in Amsterdam in 1928. Going by the preliminary competitions at Stadion in Stockholm the outlook for the Swedish men’s competition seemed bleak whilst the women’s performances produced surprisingly excellent results. Ruth Svedberg gained a new discus throw record. Despite these advances the Swedish Olympic committee refused to allocate money for a women’s team as they viewed “the sport as masculinising young women”. However, by fundraising privately the female competitors were able to make the journey to Amsterdam. Ruth Svedberg achieved a bronze medal in the discus throw, thereby becoming the first Swedish female track and field athlete to be awarded an Olympic Games medal.

Ruth Svedberg continued her pioneering efforts and won the first Swedish championship gold medal in the discus throw and triathlon in 1929 and subsequently, in the period up to 1949, won medals in eight disciplines: the discus throw, the shot put, the javelin, the slingball, the triathlon, the high jump, the long jump, and the 80 metre run. She won 22 individual gold medals, 8 team gold medals, 14 silver medals, and 7 bronze medals. She achieved 13 officially registered records. Her final personal record was achieved when Ruth Svedberg was 46 years old and she threw the discus 38.98 metres at Ryavallen in Borås.

In September 1926 Ruth Svedberg joined the newly set up women’s division of the Frigg’s Cykelklubb (bicycle club). The chair of the club was a man. From an early stage the question was raised as to whether the chair actually had the time to dedicate himself to the women’s division given how much of his time was taken up by the men. Although the subject of a female chair was raised it was disregarded. Lively debates on sports for all ensued and led to changes in the rules, opening up more disciplines to women and resulting in the establishment of a women’s handball team and a women’s bandy team. The suggestion that the disciplines be segregated into various clubs was opposed but now it was possible for the ladies’ division to enter whichever discipline they wanted and to have their own management. A female chair was elected in January 1927 and at the end of that year the female members of the club voted unanimously to split from the Friggs Cykelklubb “due to the inappropriate behaviour of the male division”. Now they had a women-only club with a new name and different uniforms, namely the Kvinnliga Cykel-och Idrottsklubben Sport (women’s bicycle- and sportsclub). In 1938 this name was altered to Kvinnliga IK Sport and in 1938 Ruth Svedberg became chair of the club, a post she held for ten years. The club was run by women right up to the 1970s when the first man was allowed onto the board.

Ruth Svedberg was a very active club-member. She produced sewn models for club badges and new competition outfits, took on the annual role of sourcing suitable premises for gymnastics and handball, organised competitions, inspired fundraising efforts and so on. She was a salaried gymnastics instructor albeit received an annual fee of just 90 Swedish kroner for this. As a leader and an instructor within amateur sports Ruth Svedberg was able to train as a physiotherapist by taking a brief course offered at Gymnastiska centralinstitutet (GCI; the central institute of gymnastics).

Thanks to Ruth Svedberg’s selfless work to develop the club many track and field athletes – for instance Ann-Britt Leyman and Mona-Lisa Englund – joined up. She started a successful handball team, which she not only coached but also played for until the early 1940s. In 1953 she was awarded a diploma in recognition of “her useful contributions to Swedish handball” from both Göteborgs Handbollsförbund (Gothenburg handball federation) and Svenska Handbollsförbundet (Swedish handball federation).

Whilst pursuing her own sporting career Ruth Svedberg also mentored and instructed other sportswomen. During the 1939–1945 period she travelled throughout Sweden representing Svenska idrottsförbundet (Swedish sports federation) in her role as travelling amateur instructor. Ruth Svedberg received no compensation for this as it did not fall within the amateur regulations of the day. Her groundbreaking contributions to women’s sports were of major importance in facilitating women’s access to the sporting sphere. Ruth Svedberg was elected into the Gothenburg sporting Hall of Fame in 1999. She died in 2002, aged 99, and is buried at Östra kyrkogården (the Eastern Cemetery) in Gothenburg. 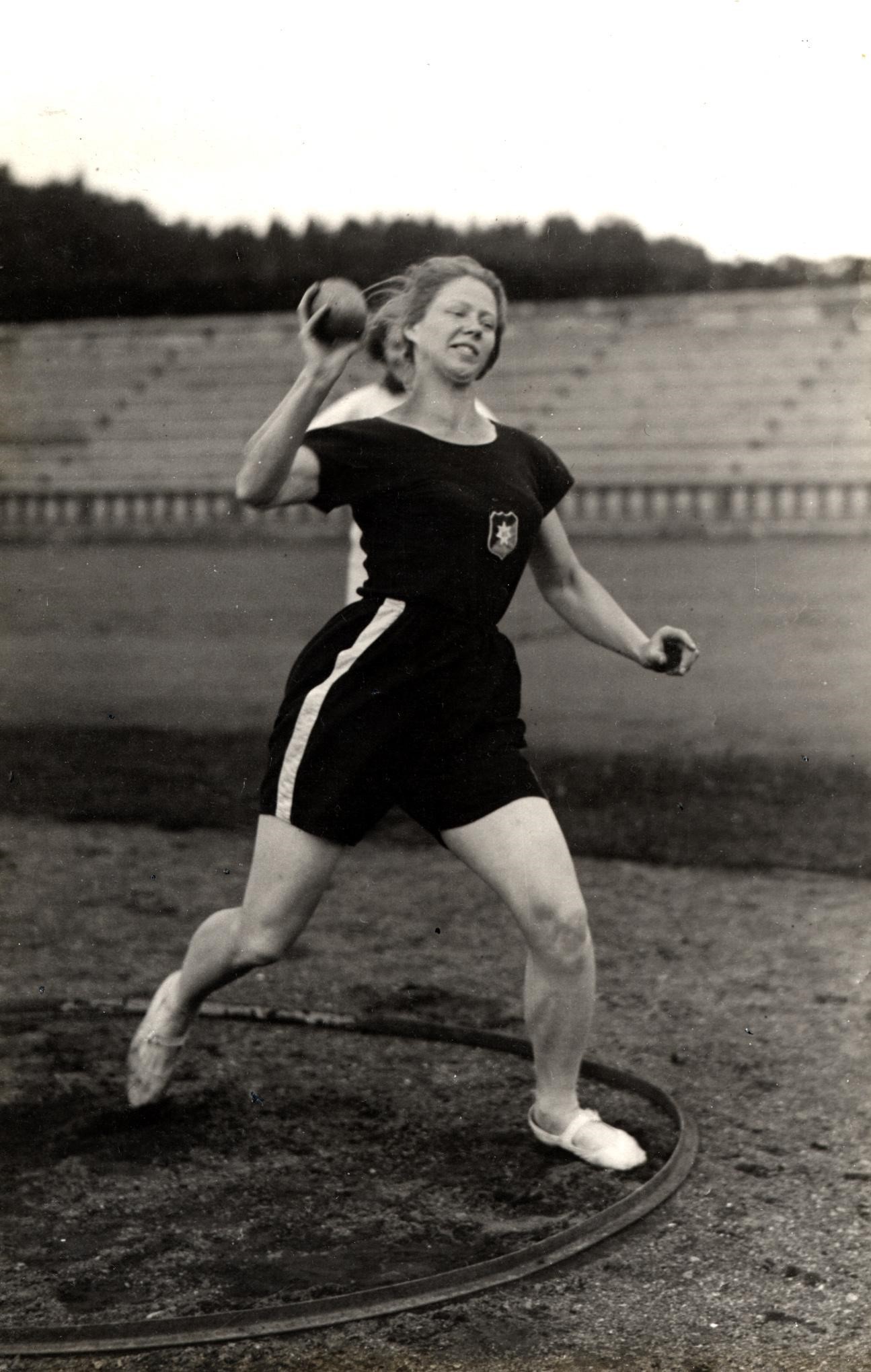