Ruth Ettlinger was a doctor and a pioneer in research into suicide prevention. She was one of the founders of the International Association for Suicide Prevention (IASP) that is an international forum for scientists and clinicians in that field.

Ruth Vilhelmina Ettlinger was born in 1920 in Stockholm. Her mother Jeanette Philip from Copenhagen married her father Jacob Ettlinger from Mannheim in Germany in 1917. He had moved to Sweden in 1915. Ruth Ettlinger had two siblings, Camilla and Joseph. The family settled in Stockholm in 1924 in a large flat with twelve rooms with the furnishings typical of a middle-class home: grand piano, heavy furniture and an infinite number of books. Jacob Ettlinger established the company Metall & Bergprodukter AB and was a successful businessman. He was also the chairman of the orthodox synagogue Adat Jisrael and walked four kilometres every morning from Östermalm to the synagogue on Södermalm. Jeanette Ettlinger was active in the Jewish congregation. She was the co-founder of the women’s association Judiska Kvinnoklubben (JKK) in 1931 and among other things wrote a chronicle for the association in 1935. JKK’s aim was to “act socially and culturally through cultivating Jewish cultural interests and also act for Jewish women and children resident in Sweden and abroad as well as joining up with Wizo in its work for women and children in Palestine”.

Ruth Ettlinger first attended Sofi Almquist’s coeducational school and thereafter the Whitlockska coeducational school after Sofi Almquist’s had been closed down in 1936. Ruth Ettlinger matriculated in 1939 and started immediately the year after to read medicine at the Karolinska institutet. Her father opposed her choice of profession, to be a physician. However, Ruth Ettlinger stood her ground. As a young student, she was also active in the organisation Clarté and participated in among other things their Christmas party in 1938. During her medical studies at Karolinska institutet, her interest was awoken for suicide prevention and Ruth Ettlinger knew early on that she wanted to dedicate herself to psychiatry. After completing her medical studies, she started to work at the Sabbatsbergs vård- och ålderdomshem, but only remained there for one year before being appointed to a post at the Långholmen department for forensic psychiatry. After that, she continued to Södersjukhuset’s department of psychiatry where she was employed for a longer period. In 1972–1986, Ruth Ettlinger worked as a consultant at the Rålambshov hospital (previously Konradsberg hospital).

In 1975, Ruth Ettlinger took her doctorate at the University of Gothenburg under the supervision of Jan-Otto Ottosson with her thesis Evaluation of Suicide Prevention after Attempted Suicide. The thesis was one of the first suicide prevention studies carried out under a controlled form, and she arrived at the conclusion that the methods used to assess risk groups were not adequate to prevent suicide and suicide attempts. Other methods of treatment were needed.

Ruth Ettlinger’s engagement in psychiatry went hand in hand with her political engagement in the left-wing Vänsterpartiet Kommunisterna (VPK) (now Vänsterpartiet, V). She was also a member of the doctors’ association Socialistiska läkare. As a member of the county council, Ruth Ettlinger focused on care issues. When she started her career on the county council, she was already established as the leading and best-known psychiatrist in suicide prevention. Her colleagues have emphasised that she never took advantage of her professional status. Ruth Ettlinger stood in the front line for participating in the political groundwork.

In 1977, she wrote a motion that led to the initiation of an investigation: Kris och suicidutredningen. The investigation was the first of its kind to put forward a social-psychiatric perspective on suicide and other crises and it was handed over to the Förvaltningsutskottet in September 1980. It was to have great importance since it resulted in two scientific centres, at the county council and the Karolinska institutet: Nationell Prevention av Suicid och Psykisk Ohälsa (NASP) and Kris- och katastrofpsykologi (CeFAM). Apart from these two centres, the investigation also resulted in a special programme of education for all staff in care professions, and so that all accident and emergency departments were to have a curator on duty 24 hours a day.

Early on in her career, in 1960, Ruth Ettlinger was one of the founders of the International Association for Suicide Prevention (IASP) that today is an international forum for scientists in the field of suicide prevention. Apart from her work, she was also active as a writer in Läkartidningen. During her entire professional career, Ruth Ettlinger was a foreground figure in the work for suicide prevention in psychiatry and other fields. Apart from her many contributions to politics, she also participated in the development of research on suicide prevention in Sweden and abroad. In 1995, Ruth Ettlinger donated a large part of her book collection to NASP that furnished a library in her name. The library is important to all who wish to increase their knowledge on suicide research. 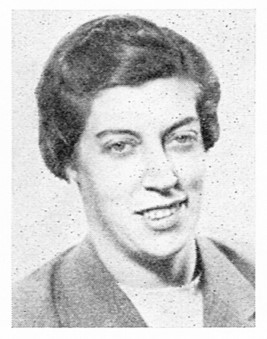