Sara Torsslow was one of the greatest actresses of the romantic era, particularly successful as a tragedienne. She and her husband ran a theatre company and contributed to breaking up the theatre monopoly in Stockholm.

Sara Torsslow was born Sara Strömstedt in 1795 in Stockholm. When she was thirteen, she was accepted as a pupil at the Kungliga Dramatiska Teatern’s school in Stockholm. At the beginning of her career, she was not considered especially talented but was used in minor roles and mainly sang in the chorus on account of her alto voice. In 1812, she was engaged at the theatre and the same year played a minor role in the first performance of Mozart’s Die Zauberflöte in Stockholm. Through her determined studies for the actress Christina Ruckman, she developed well and more and more attention began to be paid to her. Sara Torsslow was employed in both spoken theatre and musical works, in both comedies and tragedies.

The Kungliga Dramatiska Teatern, popularly known as Dramaten, had been accommodated in the Makalös Palace in Kungsträdgården since 1793. At the premiere of Schiller’s Maria Stuart in 1821, Sara Torsslow made her definitive breakthrough with her interpretation of Queen Elizabeth. In about 1820, a new generation of actors began to be predominant in the ensemble. Sara Torsslow was one, along with Nils Wilhelm Almlöf, Olof Ulrik Torsslow and Maria Charlotta Erikson. These actors were all important colleagues for Sara Torsslow, and her interplay with Maria Charlotta Erikson for example was considered excellent despite their different styles of acting and charisma. Up until 1834, these two dominated the female ensemble at Dramaten.

In 1826, her silent acting as Thilda in Oden was admired, as she also was in the title role in Virginia, both by Leopold, especially the strength and warmth with which she filled the latter. Sara Torsslow also aroused attention in 1829 for her interpretation of Amenaide in Tancrede by Voltaire. She interpreted Dona Sol successfully in the Swedish premiere in 1833 of Hugo’s Hernani. This play had created a scandal and been a success in Paris in 1830, and it constituted the start of the romantic era in the theatre. A greater audience success the same year was Körner’s Hedvig eller banditbruden, a newly written Gothic melodrama in which she – playing the title role – had to shoot the hunter Rudolf through the forehead with a rifle.

Sara Torsslow’s acting style was impassioned, with emphatic gestures and pathos in her voice, all of which demanded a large framework. In the roles of queens in tragedies, she showed strength, calm dignity and a majestic posture. She was most often made to play manipulative court ladies with a lust for power in the popular salon comedies and melodramas of her day.

Sara Torsslow was not considered a beauty with her rather coarse features, but the audience was charmed by her unusually deep voice. She was able to vary its expression from boomingly thunderous tones to soft gentleness the next moment. Since she was tall and heavily built, she often had to play trouser roles and send-ups in comedies. She presented her roguish and seductive youths with easy energy and good humour, for example in 1822 in Den nya öfversten by Scribe and Delavigne. In 1831, she played the officer in an army of women in the popular vaudeville Nya garnisonen eller Karnevalsskämtet by Théaulon and Dartois, a hit with the audience that returned at regular intervals to the repertoire during the whole of the 1800s.

In 1830, Sara Torsslow married the actor Olof Ulrik Torsslow, six years her junior, and only four days afterwards her new name appeared on the theatre poster. They had been a couple for a long time and already had several children together. He was one of the theatre’s most popular and successful actors who had made a rapid career when very young. In 1833, he had an accident when he was driving a carriage and the horse bolted. The accident resulted in a broken leg that made him lame in one leg for the rest of his life.

At the end of the 1820s, Dramaten started to run at a loss which made the management try to implement new contracts that considerable worsened the actors’ terms. After protests, the suggestion was partially retracted, but the conflict started up again in the mid-1830s, and the protests were led both times by Ulrik Torsslow. The management decided finally to give him early retirement since he objected to the new terms. The Torsslow couple’s contract was also to be renegotiated and Ulrik Torsslow received the offer of taking over the leadership of the theatre school. However, he hoped to be physically rehabilitated and able to continue acting so he rejected the management’s offer. Sara Torsslow’s salary demands were not accepted by the management and she chose to leave the theatre.

Sara Torsslow gave her final performance at Dramaten at the beginning of 1835. After the performance, she conveyed her thanks to the audience in a speech in verse. In it, she stated that she had been “hunted out of” Dramaten, but hoped to see her audience again at another theatre. After this event, actors were forbidden to address audiences from the stage. The theatre indicated by Sara Torsslow was the Djurgårdsteatern, which her husband had rented for the summer season in 1835, along with the actor Pierre Deland.

The Torsslows had already started their touring in the summer of 1834. This was however interrupted in Gothenburg by the rampant cholera epidemic. In the spring of 1835, they resumed their guest performances in the city before occupying Djurgårdsteatern. At that time, there was a theatre monopoly in Stockholm, which meant that no private theatres were allowed in the city except Dramaten. Djurgården was not considered as belonging to the city, so the theatre there had permission to give performances for five months during the summer season. The Torsslows were greeted enthusiastically by their audiences, but the company only started going really well in September with the premiere of Strozzi och Martino eller Konspirationskonsten, after a comedy by Scribe.

The Torsslows were now running a theatre company that would both give them larger audiences and change the map of theatre life in Stockholm. Although in theatre history it is her husband who is named as the leader of the company, Sara Torsslow was an important partner, both as an actress who was a crowd-magnet and as the instructor of the other actors in the company. She probably also influenced which plays the company chose to set up. During the coming decade, the Torsslow couple divided their time between Djurgårdsteatern during the summer season and tours round Sweden and Finland in the winters. It was a strenuous life with travels and time spent in the cold theatres, often uninsulated barns, in addition to constant rehearsals of a great number of plays.

In 1837, Ulrik Torsslow took over the management of Djurgårdsteatern on his own. He wrote in his memoirs that the aim was to break the theatre monopoly in Stockholm, an ambition that was probably shared by his wife. That their work at Djurgårdsteatern was part of this battle aroused the attention of their contemporaries. In 1838, the Torsslows raised the prestige of the theatre considerably when they produced Shakespeare’s Macbeth for the first time in Sweden. Sara Torsslow played Lady Macbeth with her husband in the title role. She received a great deal of praise for her interpretation.

Since it was a private theatre, the Torsslows were compelled to adapt their repertoire to public taste, but they still became a serious competitor to Dramaten. Sometimes they put on the same play, like for example Ett glas vatten by Scribe, with its premiere just one week after that of Dramaten. In comparison with their rival, Djurgårdsteatern’s production was considered better as a whole, and the interplay of the ensemble was especially highlighted. The Torsslows ran Djurgårdsteatern until 1843.

For the winter season 1839–1940, Ulrik Torsslow succeeded in gaining permission to produce about twenty performances in the ballroom of the Kirsensteinska building in Stockholm, on condition that they were subscription performances for a limited audience. The year after, when he and the owner of the building applied to give public performances, he was given permission for a limited period. With permission from the Governor of Stockholm, he was able to proclaim that the theatre monopoly had now been broken. The theatre in Stockholm was now free and that paved the way for the construction of the Nya Teatern in private ownership in Kungsträdgårdsgatan.

During the spring of 1843, the couple were employed at Nya Teatern. When it went bankrupt the year after, Ulrik Torsslow took over and rented the theatre. In 1846, the theatre changed its name to Mindre teatern. This was when the Torsslows’ most successful period as actors started. New plays in the romantic style were produced, for example Lucrezia Borgia by Hugo, that was considered controversial. Sara Torsslow received a great deal of praise for her role interpretation of the “horrifying” title role. Her interplay with her husband in the role of the duke was also praised. Both their role interpretations were among their best. In 1846, The Hunchback of Notre-Dame, dramatised by Birch-Pfeiffer after Hugo’s novel was a great success with audiences. Sara Torsslow’s interpretation of the “female monster” sister Gudule, a mad woman shut in a cave and grieving for her lost child, remained for a long time in audiences’ memories and was considered to be timeless and “great epoch-making art”.

During the last years of her working life, Sara Torsslow was plagued by gout that she is thought to have developed during her life on tour by being too lightly clad in draughty, cold premises. She stopped performing in 1853 and after that devoted herself to family life. The year after, her husband stopped his work on the board of the Mindre teatern and in 1856 was given a post on the board of Dramaten, where he remained until 1861.

In 1859, Sara Torsslow died at 64 years of age. Her husband survived her by 22 years. Several of the couple’s children also chose the acting profession, of whom their daughter Helfrid, married Kinmansson, was the most successful. The Torsslows were therefore also the founders of a so-called theatre family that was active in Swedish theatre for many generations onwards. 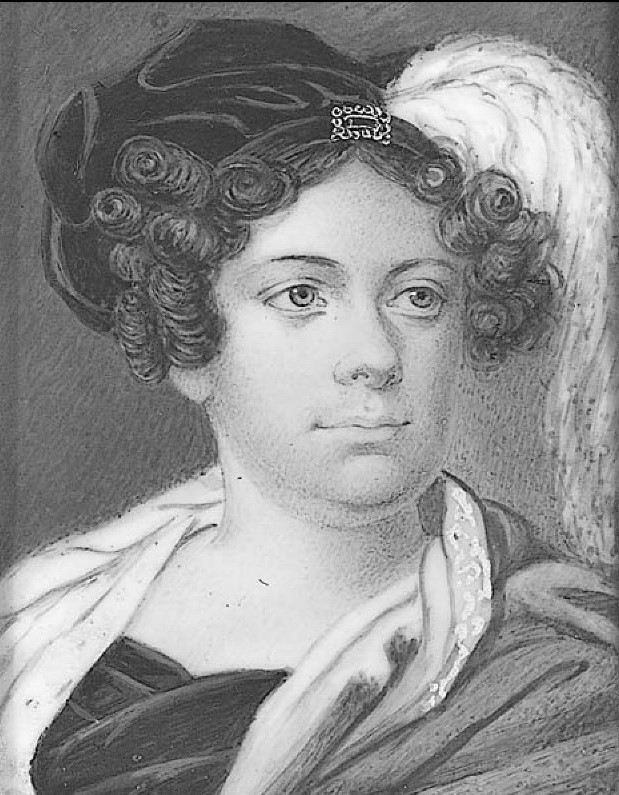